When Ph.D.s realize they won't be professors

Young academics struggle with the transition from school to work 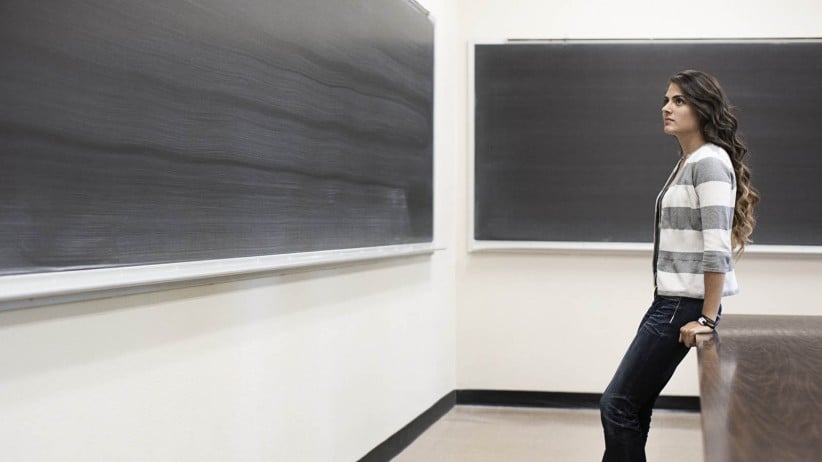 Jennifer Polk was a few years into her Ph.D. in history at the University of Toronto when she attended a departmental meeting and heard that 50 per cent of the school’s graduates were getting tenure-track professor jobs. “They were patting themselves on the back,” she says. “I was sitting there horrified.” She realized she needed another plan. Since that meeting several years ago, the number of jobs for academics has fallen further. The chance of becoming a professor is now estimated to be one in four.

Charmaine Grant began her Ph.D. three years ago partly because she couldn’t get a full-time job after finishing her M.A. in literature at Ryerson University. “I said to myself, there’s no way I can go through another year of this, just sending my CV into cyberspace,” she says. “I thought my time would be better spent in school.” She was thinking less about whether she would become a professor and more about how exciting it would be to continue her scholarship on black women’s hair. Today, still unable to see herself as a professor, she’s quit the doctorate and begun a job search.

Both women say that the culture of academia has made the transition from graduate school to work more difficult than it ought to be. “Everyone asks you, inside and outside the academy, ‘So are you going to be a professor?’ ” says Polk, “When you get to the point where you realize maybe this is not for me, you feel like a loser.”

A couple of recent studies, The 2013 Canadian Postdoc Survey and Beyond Labs and Libraries: Career Pathways for Doctoral Students, confirm that many graduate students aren’t getting the support they need to prepare for non-academic careers.

The Postdoc Survey, a partnership between the Canadian Association of Postdoctoral Scholars and Mitacs (an organization that coordinates industry-university research partnerships, including internships) consulted 1,830 of the estimated 9,000 Ph.D. graduates working as entry-level “postdoctoral researchers” in Canada. They found that their average age was 34 and roughly two-thirds earned less than $45,000 annually, many without benefits. Half reported no exposure to non-academic careers and 87 per cent said they either had no access to career counselling or were uncertain thereof. Nearly seven in 10 said their career goal was to become a professor—despite the odds. While large numbers agreed they wanted training in things like grant or proposal writing and project management, few were getting any. Some of their comments were revealing: one said non-academic careers were seen as “selling out or failing.”

The other good news is that a group of Ontario academics is working to develop training to ease the transition. Allison Sekuler, AVP and dean of graduate studies at McMaster University, is part of a project that will, this fall, launch 18 learning modules for graduate students covering everything from resumés to networking. “They have a lot of skills but don’t know how to adapt those for non-academic careers,” she says.

Polk struggled to figure out how to apply her skills outside of the academy. She hadn’t enjoyed teaching, but she did build writing skills and community building skills, not only through her doctoral work but also through her indie music blog and at a part-time job where she worked with consultants.  “I went straight through: high school, undergrad, M.A., Ph.D.,” she says. “When I finished I was 32 years old. I mean, thank God for the music scene experience. Thank God for the consulting.”

She’s capitalized on those strengths by starting a new blog, FromPhDtoLife.com, which includes interviews with other people who transitioned out of academia. One of her favourites is from a guy who, at age 36, finished his Ph.D. and spent months working for his brother-in-law’s duct cleaning company—and enjoyed it. After that, he found work at a museum consulting firm. The blog helps her drum up business as a life coach. She charges by the hour to help young academics plan their careers.

Grant, meanwhile, is wary of her lack of experience outside the academy but exploring options. She’s glad she took on a Mitacs internship and other work with the Diversity Institute while doing her Ph.D. because it helped her build new skills. “I had to learn how to work within a team and ask for help when I needed it,” she says. Her work on the Black Experience Project also taught her how grant-proposal writing differs from academic writing. She’s thinking of applying those skills in her career or maybe trying something entirely new, like learning American sign language. Whichever direction she takes, after a decade of university, it’s going to be a big change.

Grant, Polk, Sekuler and Val Walker, a policy analyst with Mitacs, will be panelists in a Maclean’s moderated discussion about life after graduate school at the Congress of Humanities and Social Sciences at Brock University, 2:30 p.m. on Monday, May 26th.