Profession grows despite concerns about too many lawyers 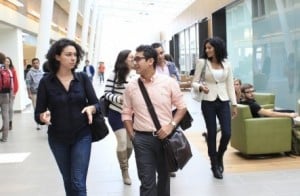 Two Canadian universities are much closer this week to establishing law schools despite worries by some in the profession that there are already too many lawyers and that one of the schools would discriminate against sexual minorities.

Trinity Western University, a private Christian institution in Langley, B.C., announced Monday that the Federation of Law Societies of Canada approved its proposal for a law school despite the fact that TWU requires students to sign a covenant promising they won’t be sexually intimate with members of the same sex. More than 1,000 law students had signed a petition opposing approval of the law school while the B.C. Civil Liberties Association had backed the school.

TWU president Bob Kuhn said Monday, according press release, that he was pleased. “While the University does have strong religious roots,” he added, “it is committed to fully and comprehensively teaching all aspects of law including human rights, ethics and professionalism.”

The school would offer practical education in areas like not-for-profit law and entrepreneurial law.

From our Professional Schools issue: ‘I didn’t go to law school to become an academic”

In St. John’s, Nfld., an esteemed panel released a report last week endorsing a law school at Memorial University. When consulting people across the province, they found three main problems a school could address: a shortage of legal protection for disadvantaged groups, potential students who won’t leave the province due to aging parents or small children and a sense that Newfoundland and Labrador’s court decisions and common law remain largely unexamined without its own school.

They write that it’s financially feasible. Newfoundland’s economy is stronger than it was in 1987 when a law school was last considered. It would cost $26.1 million to build and roughly $5 million annually to run. Much of the cost could be covered by a tuition of $13,000 to $15,000 per year.

The panel analyzed the effect a law school would have on the local legal market. About 35 to 40 lawyers are called to the bar in Newfoundland each year and the law school would enroll about 80 new students annually who would be also be competing for articling jobs, the placements students need before they can be called for the bar, and for work once called to the bar. The report suggests the number of articling positions might adjust. They also suggest there is plenty of room to practice in under-served rural areas like Labrador, which has only one private lawyer, and in areas like immigration law. They point out that the majority of New Brunswick’s and Nova Scotia’s law students are from other provinces and most return home.

But students who return home to Ontario, which is home to about half of Canada’s lawyers, might struggle. Demand for articling jobs has been so high in recent years that the Law Society of Upper Canada will soon introduce a course-based program to certify new lawyers who can’t find placements.

From our Professional Schools issue: Do we really need so many lawyers?

Many have blamed Ontario’s shortage of articling positions on too many graduates. The University of Ottawa more than doubled its first-year class from 165 students in 1997 to 386 in 2013, according to Ontario University Application Centre statistics. The University of Windsor grew too.

Meanwhile, Queen’s University is considering expansion. A proposal suggests it could add 35 or 50 new students per year to the 165 currently taken in. It now gets 2,800 applications annually.

The increasing supply of lawyers may explain why, for the third straight year, the median income of a first-year associates has declined, hitting $66,000 or 13 per cent below the level in 2010, according to Canadian Lawyer. While that salary seems high to most, law students often have six-figure debts.

The good news is that a greater supply of lawyers may mean lower prices for consumers and increased access to justice. That’s an argument Memorial’s panel and TWU have both made.