Queen's Bachelor of Fine Art back in 2013 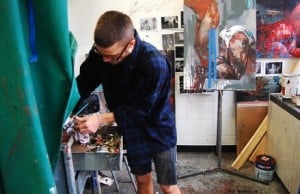 Queen’s University’s Bachelor of Fine Art program, which did not admit students in the fall of 2012 for budgetary reasons, will restart in 2013.

“We have re-assessed the program and are now confident in our ability to continue to deliver a high quality curriculum that will maintain the program’s integrity, hence the decision to re-open admissions to the program for 2013-14,” said Gordon Smith, a Queen’s associate dean.

Recent years have been tough for Fine Arts students. Applications to Fine Arts programs were down 4.7 per cent in Ontario in 2011 while overall applications rose two per cent.

That could be the result of poor job prospects. Ontario’s 2010 graduate survey, which assessed how 2008 bachelor degree graduates were doing two years later, placed B.F.A. grads on the bottom of a list of average salaries by degree. They were earning $34,460—far lower than the $49,469 average and $2,500 lower than 2005 B.F.A. graduates had earned two years after they finished.

For more, see It’s a rough time to be a Bachelor of Fine Arts