Rx: Get out of town

Moving may boost the odds of medical school admission 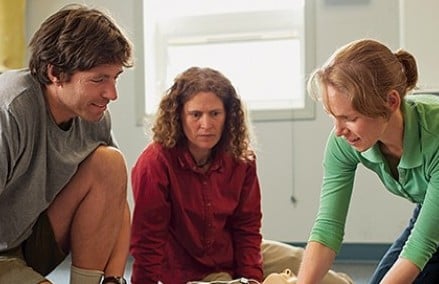 From the 2012 Maclean’s Professional Schools Issue, on newsstands and iPad now.

It has been a long road for 33-year-old Kyla Adams from her high school years—when there was no question in her mind that she’d one day become a physician—to today, when the British Columbia native feels she finally has a decent shot at medical school.

In Adams’s second year of university, the academic and social stresses of life at the University of British Columbia caught up with her and she flunked out of school, temporarily shelving her ambition. After several years of selling running shoes, travelling and working as a personal trainer, Adams wrote the Medical College Admission Test (MCAT) at the age of 26. She surprised herself with a decent score, which inspired her to enrol at the University of Victoria, where she earned a double degree in biology and earth sciences. She rewrote the MCAT, boosted her score and applied to medical school.

But the rules had changed. She was no longer allowed to drop those crummy decade-old marks from her application as she had thought. She applied to UBC’s medical school and didn’t get in. She applied again, and was rejected again. She applied a third time. No luck.

Instead of giving up, Adams devised a plan to improve her odds. She enrolled in extra courses to boost her GPA, took another crack at the MCAT and, most drastically, on July 2, 2011, she moved 2,400 km north to live with her sister and her family in Whitehorse. Adams now meets the requirements to be considered a Yukon resident when applying to some medical schools. That means when she applies this fall she’ll have a rare advantage in a game where there are many more losers than winners.

While most students can apply as “in-province” applicants in only one jurisdiction, Adams will now be considered an in-province resident in both B.C. and Alberta. Thanks to the goodwill of medical schools in several provinces, Yukoners, who have no medical school of their own, are considered residents as long as they meet local residency rules.

The advantage of being an in-province resident should not be underestimated. All medical schools (except those in Ontario) have lower bars for their own residents in order to meet provincial quotas that guarantee the vast majority of medical school spots to the taxpayers who fund those seats, or to their children. The rules are in place because medical education costs provincial taxpayers dearly: in B.C., taxpayers contribute upwards of $75,000 per student per year. Locals want the seats saved for local students.

While it’s unclear how many students end up relocating to boost their chances, the topic is much discussed on the message board premed101.com. James Bao, a fourth-year student and chairman of the Bachelor of Health Sciences Society at McMaster University, says it’s an idea that at least some students in his pre-med club “toy with when they’re planning.”

But applicants are reluctant to talk about relocating. That’s because, if you ask some medical school officials, moving to boost one’s chances of admission is a questionable practice. After all, is Adams a true Yukon resident when she’s only lived there a year? Is she committed to serving in the territory or province that funds her seat by working there after graduation?

Before considering the ethics, it’s worth looking at the math. The advantage of being a resident in more than one province is obvious: you can apply to more schools. What’s less obvious—but equally important to applicants trying to boost their odds—is that some provinces have fewer residents competing for seats. And so it makes sense to move to some places more than to others.

Young British Columbians face the worst odds for getting into medical school. In 2010 there were 1,202 B.C.ers aged 20 to 24 for each first-year Canadian medical student from that province. (The figures, collected by the Association of Faculties of Medicine of Canada, use the comparison with the 20- to 24-year-old age group because that’s how StatsCan collects population data.) Nearly as bad was Ontario, with 1,018 young adults per medical student from the province. The ratio was smaller among Albertans, with one Albertan medical student for every 857 young people. The numbers were better still in Manitoba (770), Nova Scotia (758), Newfoundland (642) and Quebec (581). It stands to reason that provinces with fewer twentysomethings per first-year medical student are easier provinces for residents to win admission. It’s better to be a resident of Alberta or Newfoundland, let’s say, than Ontario or B.C.

The key word is resident; the definition varies from province to province. Alberta’s residency rules are believed to be relatively lax, as applicants are considered to be in-province residents after just one year there. In Nova Scotia, too, it’s a single year. Saskatchewan requires three years, as does British Columbia. In Manitoba, it’s two. Years spent in school count in all three provinces. Quebec defines residents more broadly, counting those who were born there, have a parent who owns a primary home there, or have lived there for one year during which they weren’t in school. Ontario doesn’t have residency rules at all, which means people from any province may apply, so moving there won’t help much. Complicating things further, some schools, like the University of Western Ontario in London, can give special consideration to students from southwestern Ontario. UBC admits particular students with lower qualifications to its northern campus if it seems that they’re more likely to stay and work in that under-serviced area.

Medical school officials have mixed opinions about the practice. “We see people moving to Alberta specifically so they can apply as an in-province applicant,” says Dr. Ian Walker, the director of medical admissions at the University of Calgary. “Are they gaming the system? Yeah, they are. Is that morally reprehensible? I don’t think so, because we set the system up. I think it’s a natural instinct to look at the system and say, ‘OK, how can I achieve the most advantage for myself?’ ” Walker believes such students are likely to stay and work in Alberta after graduation, so it’s a gain for Alberta.

Dr. Evelyn Sutton, the assistant dean of medical admissions at Dalhousie University in Halifax, sees it much the same way. The application is completed a year before classes start and medical school is four years, so anyone who graduates from Dal’s program will have spent at least six years there. “There’s nothing like the faith of a convert,” she says, suggesting students who come “from away” are likely to stay permanently.

Dr. David Snadden, executive associate dean of medical admissions at UBC, takes a different view, which perhaps explains the reluctance of applicants to talk about relocating. “When you see things like somebody moving around a lot it makes [admissions officers] ask other questions like, ‘I wonder what’s going on here?’ ” he says. “Maybe this is legitimate and maybe it’s not.”

Even with much of the personal information blanked out on applications, the facts could suggest that a person has moved for the wrong reasons, says Snadden, offering an example. “If you have someone who says, ‘I’ve always been interested in rural medicine, it’s what I’ve wanted to do all my life,’ and they’ve never been in the country apart from the year before they apply,” says Snadden, “you’d be questioning that.”

Adams says admissions officers need not worry about her commitment to their province, or to rural practice for that matter. She says that after a year in Whitehorse, she’s a “sourdough,” or a real Yukon resident. “I’ve spent a winter here, I’ve got family here, I’ve got a support network here and friends. I walk into the supermarket and everybody knows me,” she says.

After three years she will be considered a Yukon resident for the spot the territory has at Memorial University in Newfoundland. Yukon pays Memorial $50,000 to reserve at least one seat for the territory’s 34,000 residents. The Yukon spot has a “return of service” requirement, which means those funded by it must agree to work in the territory for at least four years after graduation or repay the full amount with interest. “I’d be completely pleased to sign that,” says Adams, adding, “and if they wanted me to have a lifetime return of service I would be happy to sign that.”

Still, she would consider staying in whichever province she studies medicine. “I’m committed to working in rural Canada, whether it’s the Yukon, northern B.C., northern Ontario or Newfoundland,” she says.

But first, she has to get in. If it doesn’t happen next year, she’ll try again in 2014. Her chances will be even better then. She’s taking correspondence courses to boost her GPA. And after three years in Yukon she’ll be eligible to apply in Saskatchewan, too.