Success at 22 is depressing?!

Scaachi Koul: it's more depressing to hear this girl complain 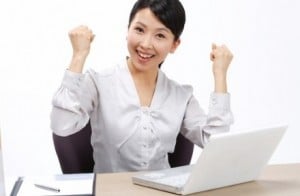 When I graduated last month, everyone told me that it was the beginning of the rest of my life. This, they told me, was when it would all start becoming really difficult, and it would show what I was made of. I would come into my own.

But why didn’t anyone tell me I wouldn’t get everything I waaaaaaaaaaant?

Taylor Cotter, a 22-year-old American writer and editor, already has a job, an apartment, a 401k and financial autonomy from her parents. But she’s sad. She’s sad because things are working out for her. Cotter, you see, never had to struggle for her success the way others have had to. From her blog post on The Huffington Post:

But what about that 10-cents-a-word life that I always wanted? What about New York City? What about freelancing, penning newspaper columns and urban adventures? What about the struggles that I see on Girls and the tales of credit card debt and ramen noodle dinners? Aren’t these the things that really make you 22?

The first line in her post, if it isn’t the most egregious, is certainly the least accurate: “Like most female journalists, I assume, I only grew up with two real inspirations in my life: Carrie Bradshaw and Harriet the Spy.”

First of all, neither of these people are real. They aren’t real journalists. Harriet the Spy never had an editor tell her to rewrite a first draft, and the closest Bradshaw ever got to winning a Pulitzer was breaking the record of the highest number of lazy rhetorical questions used in a single column.

And as one of those female journalists she speaks of, neither of those people were anywhere near to a “real” “inspiration.” I don’t know if it’s offensive or hilarious but surely Helen Thomas is thrilled that the best Cotter can do in thinking up a female inspiration is the walking glitter-sneeze that is Sarah Jessica Parker.

I’m 21. I have no debt because my credit card is cold. I pay my rent on time but I don’t own a car and will not let a quarter fall from my purse because that, that is laundry money and I’m not a monster. I don’t expect to always be employed because I can’t: I made the choice—foolish or not—to be a journalist in a volatile time.

When did eating ramen get so sexy? Cotter, you know you can buy it even if you can afford actual vegetables, right?

It’s so easy to fall in love with your own melancholy. In your 20s, it’s romantic to be lost and read The Catcher in the Rye AGAIN. But if Cotter is under the delusion that this industry—or just simply being—isn’t already some sort of struggle, she doesn’t know what’s coming.

Being poor isn’t that fun. If she wants that “10-cents-a-word life [she] always wanted,” it can be arranged. In fact, she might already be on her way: it’s not like HuffPost paid her for this blog post.

Frankly, if making these “life-defining” decisions so early in your precious youth is making you nervous—and youth is, indeed, precious, mostly because you can’t appreciate it when you actually have it—then don’t. Don’t take the full-time job, don’t take the pension, don’t pay your rent. Make a mess of your life while it’s still socially acceptable to do so. No one will bat an eye if you don’t pay off your debt in your 20s.

To answer the original question: “Aren’t these the things that really make you 22?” I guess that depends on what you want to be when you grow up. If you want to be entitled to both the glory of success and the clout that struggle lends to you, then sure, being a plaintive 20-something with a blog is probably what it’s all about. But it can also be about making choices that are good for you without complaining about your crisis of abundance and still trying to figure yourself out. It can also mean stealing mesh crop-tops from your local American Apparel while screaming “YOLO” and buying $7 pitchers. Even with the “right” job and the “right” life, it’s nearly guaranteed that in your early 20s, you are still screwing up all over the place.

Life is hard enough. Don’t ask anyone to make it harder for you.

But at least she didn’t think she could get away with fabricating stories fresh out of j-school. Or accidentally sending a headshot of Nic Cage instead of her resume. Or pantsing her employees.

Now how’s that for young women in struggle?