For some students, four years of undergrad is too much 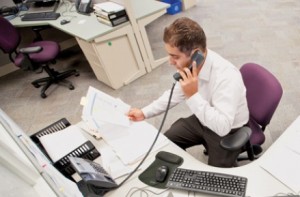 Shawn Alavi, who graduated from McMaster University in 2006, was 21 when he landed his first engineering job. Today, at 26, he’s a certified engineer—a P.Eng. in the jargon—with years of professional experience, money in the bank and a settled career. “Getting out of school earlier meant I was able to clear my debts earlier,” he says. “Now I’m just saving for my future, deciding on my next step.”

In engineering, Alavi found a profession that allowed him to enter the workforce after just four years of school and to achieve his professional certification through paid experience. “I’ve been working for almost five years now,” he says. “I’ve been able to get my life on track a little quicker than most.”

Alavi’s path is far from typical. Most professional degree programs in Canada require students to have some level of undergraduate training. Many insist on a full degree or more. All that extra education can add up, for the student and the state. More years of school mean more years of tuition and, in the long run, fewer years of work. It can also mean fewer years to establish a career before starting a family and less time to just mess around when you’re young and making money.

There’s also little hard evidence to suggest pre-professional training makes for better professionals in the long run. In medicine, for example, many countries—including Germany, the Netherlands and Belgium—train their physicians right out of high school. Others, like Australia, England and Ireland, admit both high school and college grads. The med school at Australia’s University of Newcastle offers a mixed program. The dean, Dr. Ian Symonds, says both cohorts usually flourish in the long run. Studies performed at the school mostly back him up. One published in 2001 found no significant difference, at the intern level, between students who started out of high school and those who came armed with a degree.

At least one Canadian university is now looking at adopting parts of the Australian model. Queen’s medical school is investigating the feasibility of admitting some students directly from high school. The dean, Dr. Richard Reznick, isn’t worried about the younger students keeping up. “We’re talking about a subset of the brightest kids on the planet,” he says.

That jibes with Ahmed Nadim’s experience in engineering. He did a master’s degree at McMaster University before entering the workforce in 2009. Nadim was part of a cohort of 25 hired that year by Bruce Power, a mix of trainees with undergraduate, master’s and doctoral degrees. He says the younger employees might have been a bit less mature than their more educated colleagues, just by virtue of age, but they were all capable of the same level of work. “What I learned from my bachelor’s degree would have been sufficient,” he says.

That’s not to say there aren’t benefits to staying in school longer. Most professional programs in Canada, including architecture, dentistry and law, are taught mostly or exclusively at the graduate level. Many educators say they prefer older, more experienced students in their professional schools.

Dr. Jodie Turner hadn’t even started med school when she was Shawn Alavi’s age. “I was 27 when I began,” she says. “And I was in there with 19-year-old classmates, so that was fun.” Turner was a teacher for five years before deciding to change course and become a doctor. She’s confident she could have handled med school at a younger age, she’s just not sure she would have wanted to. “If I could go back and go straight into medical school, I probably wouldn’t,” she says. “I think any life experience you have that enriches why you want to do what you want to do makes you better at it.”

As for Shawn Alavi, he sounds a bit wistful when talking about his experience.“Sometimes I feel like I’m older than I am, just because I’ve been working so long,” he says. Entering a professional program at 17 and the work force at 21 was tough in some ways, he says, but “as long as you don’t buckle and you deal with the stresses and pressures as you go along, it’s not a disadvantage.”