The fastest growing (and shrinking) degrees

Who's winning the competition for students? 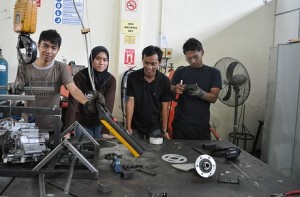 Far more Ontario high school graduates are choosing to study science or engineering in 2011 than in 2010, while arts, music and fine arts enrollments declined, according to new data from the Ontario Universities’ Application Centre. Education registrations declined dramatically too — unsurprising considering that Two-Thirds of New Teachers Can’t Find Full-Time Work.

OTHER ADMINISTRATION +21.6 per cent

OTHER DEGREES +6.2 per cent

FINE AND APPLIED ARTS -4.4 per cent

Note:  These figures include students who applied directly from secondary school to undergraduate degree programs. Only subjects with at least 100 registrations are included in this list.