When you can’t do your job

Red tape. Outdated technology. Incessent distractions. The office is full of barriers to productivity. How Canada’s best employers are overcoming them 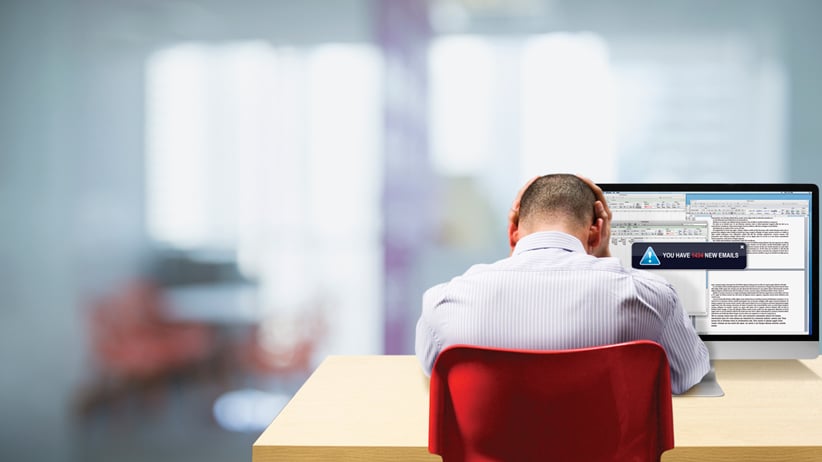 Many office employees dream of fleeing their cubicles. The grating interruptions, the drudgery of meetings, out-dated technology and the onslaught of email all seem increasingly to get in the way of what workers are there to do: work. James Del Storie did more than dream, though. He got rid of his company’s office completely.

Del Storie, the Toronto founder of advertising services agency Storieboards, had, at first, thought that operating out of a bricks-and-mortar ofﬁce, complete with leather couches, would be the right professional move. Yet, ringing phones and chatter ate away at the focused time he and his staff needed to create the custom, animated test versions of TV commercials they specialize in. Rather than continue to make people “sit in a room where they don’t want to be,” five years ago, Del Storie told everyone to work from home. He and his employees have shared files online ever since, and getting rid of the office has made everyone more productive. “I think most people can get eight hours of office work done in four, if they’re working in an environment that allows them to focus,” he says.

Del Storie’s solution may seem radical. But ask people where they go when they need to get something done, and “you almost never hear someone say, ‘the office,’ ” software developer Jason Fried said in a widely shared TEDxMidwest talk, “Why work doesn’t happen at work.” The video has been viewed more than 3.3 million times since it was first uploaded in 2010 (likely by disaffected employees at their desks).

Finding a cure for the office productivity problem isn’t easy. But some Canadian employers are discovering that, by stemming the tide of email, instituting cutting-edge technology and eliminating distractions, they’re better able to retain their best employees and boost the bottom line. “There’s nothing more frustrating than going to work every day and [finding] it’s really hard to get your work done,” says Neil Crawford, a partner at Aon Hewitt, which has released its annual list of the best employers in Canada. According to the study, which surveyed employees who had served at least three years at their companies, staffers increasingly value an environment that doesn’t impede them from doing great work. Yet, only 60 per cent of Canadian employees said their workplaces enable them to be productive. As changing technology reshapes how people communicate and function in their personal lives, companies that rely on outdated systems clash with employees’ expectations of how things ought to work.

One example is that never-ending ﬂood of email. The average corporate user sends and receives 121 business emails a day, a 15 per cent jump since 2011, according to a global study by tech market research firm the Radicati Group. That is forecast to grow to 140 emails a day by 2018.

It means a near-constant cascade of pings, dings and pop-ups—micro-distractions that play havoc with attention. It takes 23 minutes, on average, to get back on task after being yanked away, according to a sobering 2006 study by Gloria Mark, associate professor at the Donald Bren School of Information and Computer Sciences at the University of California at Irvine.

Yet, many managers regard email interruptions as a problem for individual workers, rather than an institutional problem. “There are some companies that are coaching employees on effective ways of using email,” says Crawford. Noting that workers can always ignore the beeps of incoming mail, he adds: “[Emails] are manageable if people choose to manage them.” 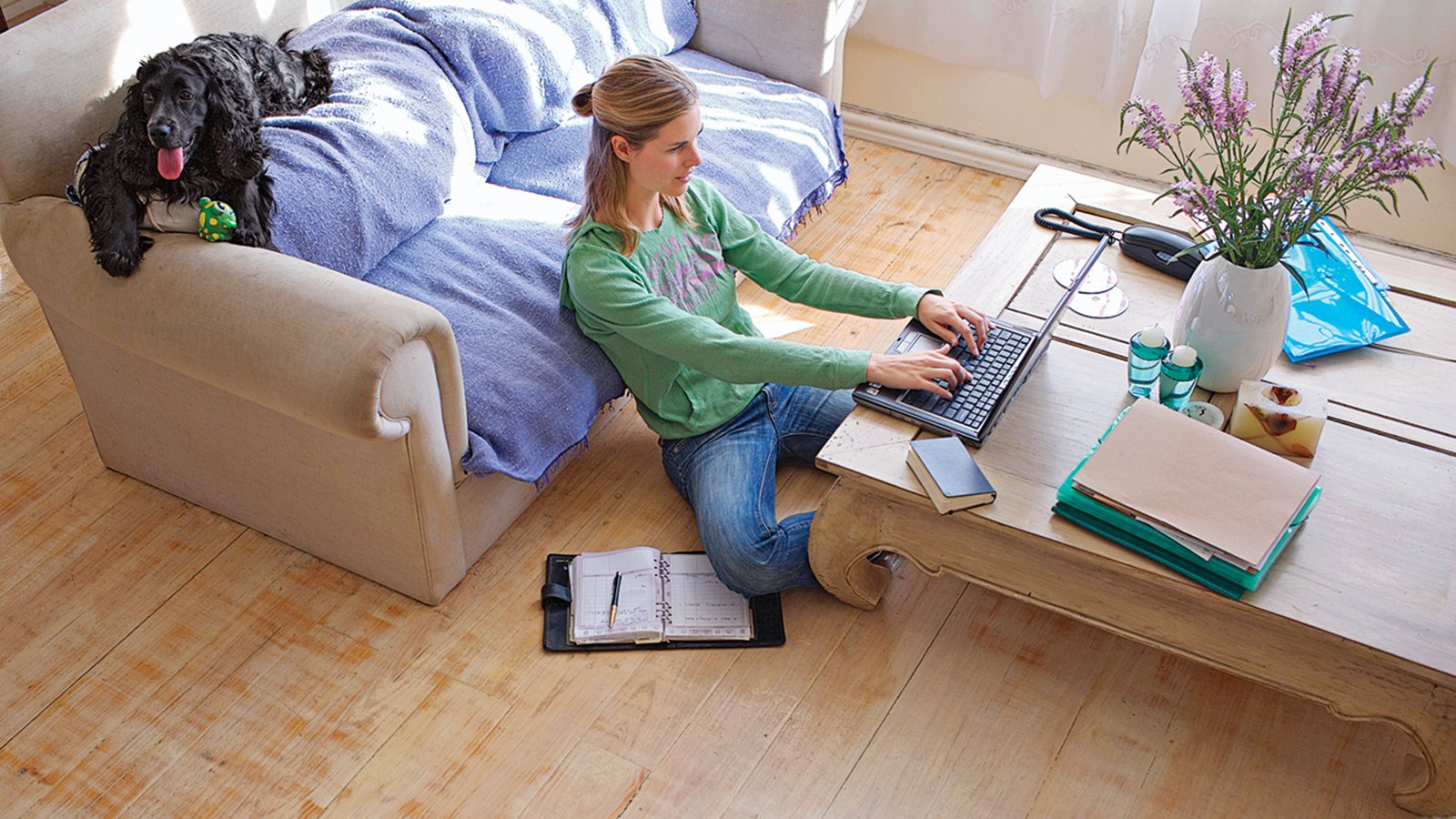 Other companies, though, have felt the need to take more far-reaching steps. Three years ago, Argentinian anti-email crusader Cristian Rennella abolished email from his search company, elMejorTrato.com, based in Córdoba, Spain. The in-house project-management software they built to replace email allows staff to collaborate inbox-free, wherever they are, and has earned praise from business publications such as Forbes and Fast Company. “If someone calls you or sends you an email, it’s a distraction,” says Rennella, whose firm runs a search engine that focuses on travel, loans and insurance. “You need to go back to the beginning of what you were doing to see where you are. That’s lost time.” He added: “We used to get emails like, ‘What are you doing? Do you have free time to help me with this?’ That’s junk mail.”

Rennella’s project-management tool lets staff see what others are working on and displays their availability. Clients use the software, too, and Rennella now gets just four or five emails a day, mostly from new clients. Before the switch, he was getting 50 to 60 emails a day.

It may sound extreme, but some of the biggest firms are using technology to think outside the inbox. Rennella’s custom tool is similar to Basecamp, a popular project-management program used by the likes of Nike, NASA and Twitter. Basecamp was created by a tech firm co-founded by Jason Fried (also known for that TED talk decrying unproductive offices). At Cisco Systems Canada Co., the only tech firm on Aon Hewitt’s list to rank among the top 10 performers for fostering staff productvity, all employees have access to in-house communications software, so they can send instant messages or place conference calls to anyone in the organization. David Heather, Cisco Canada’s vice-president of human resources, says that’s reduced the size of staff inboxes and led to fewer face-to-face meetings. “Traditionally, we had an email culture. We are moving away from that,” he says.

In addition, 89 per cent of Cisco’s Canadian employees take advantage of the company’s mobile-friendly policy, which encourages staff to work from home and to work flexible hours. Although one might expect workers to be more distracted at home, the policy has increased productivity and brought a higher sense of employee engagement, says Heather.

Other “soft” productivity barriers, including nitpicking managers and leaders who are out of touch with their staff, are harder to solve without major top-down reorganization. Yet, the structure of most companies hasn’t been updated since the industrial era, says Texas-based organizational consultant Rex Miller. “When Sally in finance has to get together with Bob in engineering, they can’t just do that,” says Miller, the lead author of the 2014 book Change Your Space, Change Your Culture. “Sally has to go to her manager, and the question is whose budget is this going to come out of. Part of the disengagement of workers is they don’t get the satisfaction of focusing on their work.”

Other barriers are smaller. For Carol Buchanan, president of retail at Halifax-based Maritime Travel Inc., employee productivity can be measured in keystrokes. “The fewer keystrokes, the better,” she says. The travel agency employs hundreds of agents to book vacations over the phone and regularly sends IT workers to observe the agents as they work and to find ways to streamline the booking process. Agents use both a reservation tool and accounting software when booking a client. To minimize the time agents spent switching between applications, the company linked the programs, so the accounting software automatically records the trip’s costs.

It may seem like a minuscule fix, but Maritime has made several such small changes, and they all add up to a better bottom line, says Buchanan. “Less data entry means more time spent with customers.” That strategy isn’t as sexy as deleting your entire inbox. But Crawford says it’s these kinds of micro-improvements that can help make workers feel as though their office is working with them, not against them. Not all companies can go email-free, but they can find ways to help employees spend less time hooked to their inboxes.