Why I shut down my blog 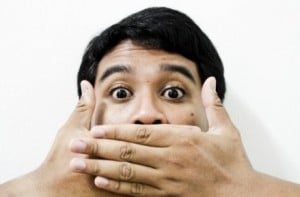 Writing was always an outlet for me. Whenever I felt emotionally constipated, I would grab my laptop and write my heart out. On top of the work I did as News Editor at Excalibur, York University’s student paper, I’d type out angry rants, poorly written fiction, and hazy recollections of childhood. One day I had the pompous idea that other people might like what I write, so I started blogging.

I ranted about unpaid internships, experiences in teacher’s college, and other embarrassing parts of my life. I managed to reconnect with a few old high school friends who came across my writing. My former teachers encouraged me to keep updating my blog. I was flattered that people were taking time to read my work. I was proud.

About four months and 30-odd posts later, I shut it down. Here’s why.

A friend had reminded me about the consequences for employees who blog or Tweet openly. People lose their jobs from posting offensive or inappropriate remarks online. One man was recently fired from his retail job for posting cruel things on Facebook about Amanda Todd, the bullied teen who committed suicide.

As a potential future teacher, my friend said I would be held to an even higher standard. This meant that I wouldn’t be allowed to use swear words or write about the subjects that titillate and interest me, such as issues in politics or social justice. I would be wise to avoid expressing my personal views, lest they clash with a potential employer’s. A quick Google search of one’s name—depending on what comes up—can make or break your career before it even begins, he said.

So is it true that I could really prevent myself from getting a job through what I’ve written online? I spoke to Hiren Mistry, one of my course directors at York University, to hear what he had to say.

“Any young teacher who chooses to proceed with an active online life needs to think carefully about what is expected of them,” he says. Mistry thinks that potential employees shouldn’t be shunned or punished simply for having an online presence. Not accepting social media, he believes, “isolates and alienates a whole generation that, in many respects, communicates with greater creativity and intensity online than face-to-face.”

Still, it’s best to be careful, warns Mistry. School Boards’ “default position” is for employees to limit their online presences, he says.

Part of the problem is that whatever you post online can be misconstrued or misinterpreted. What is a harmless observation to one person can easily offend another.

As a writer, blogging was a fun way to tell my stories to a larger audience that I wouldn’t have been able to reach otherwise, but as a future teacher it presented me with a dilemma. What if, in the future, parents, students, or employers don’t like what I wrote online? Finding a balance between the two continues to be a source of confusion for me. I’m sure many students struggle with this.

I would like to think he’s wrong, and that employers would see the value in employees having a healthy online presence, but I can also see their concerns, and I am not willing to jeopardize my future career. It’s a choice many students will need to make. I chose to delete my personal blog.

Yuni Kim (@YuniKimchi on Twitter) is an education student at York University. Have you ever been in trouble with an employer for posting online? Tell us your story in the comments section.