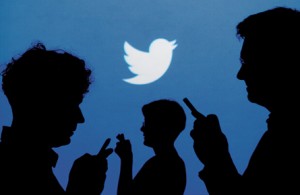 Ignore that request from LinkedIn or Twitter at your peril — it might be a job offer, according to a global study released Wednesday.

The study, commissioned by U.S. human resources firm Kelly Services, found that 39 per cent of Canadians polled have been contacted through a social media website or network in the last year about a possible job opportunity.

“Social media is rapidly revolutionizing the recruitment process because it broadens the access to an enormous pool of candidates,” said Michael Webster, executive vice-president of the Americas region for Kelly Services in a statement.

“We are also seeing the impact access to smart technology has on retention as the work and personal lives of today’s employees is more commonly blended together. Suddenly employees have the flexibility to engage socially or accomplish work tasks at any given time.”

A majority (60 per cent) agreed that these networks were a good way for them to forward along job opportunities to friends and colleagues and about half (48 per cent) said they would be interested in receiving such offers.

“Employees are more social and more flexible in the way they engage with trusted friends and work colleagues on social media and, increasingly, they expect to have access to technology in the workplace to enable that,” said Webster.

The survey, which polled 122,000 people from around the world, found that, on average, 41 per cent said they were contacted in the last year about a job through social media. Brazil was the highest at 74 per cent, while the figure for the United States matched Canada at 39 per cent.

The annual online survey was conducted from October 2012 to January 2013 and polled 7,513 people in Canada. The polling industry’s professional body, the Marketing Research and Intelligence Association, says online surveys cannot be assigned a margin of error because they do not randomly sample the population.