Working for the ‘enemy’ 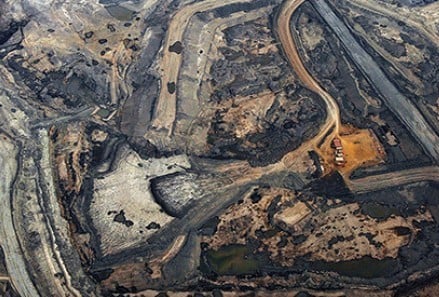 From the Maclean’s Professional Schools issue.

Alex Benzie, 26, is less than a year from finishing her master’s degree in environmental studies at Queen’s University. She shops locally, buys most of her produce from nearby farms and questions the federal government’s recent streamlining of the environmental review process. She’s an environmentalist, in other words. In fact, her belief in sustainability is one of the reasons she chose to pursue the M.E.S. after a bachelor’s degree in geology instead of going straight into a job.

“I didn’t really want to be part of the oil industry or the Canadian mining industry, and that’s what a lot of geologists end up doing,” she says. “I just don’t think they’re sustainable.”

Universities are the cradle of the environmental movement. They’re a refuge where people worried about the planet can debate, research and write papers. In recent years, universities have built green buildings, imposed bottled-water bans and played host to rallies against the Alberta oil sands.

So it’s easy to assume that students in Canada’s burgeoning master’s-level environmental studies and sustainability programs would spend their weekends chained to old-growth trees or marching against proposed oil and gas pipelines.

Indeed, some of these students are engaged in traditional activism. But others are writing cover letters for jobs at the very corporations environmentalists are supposed to despise. Some graduates are opting to work within resources companies to encourage sustainability, rather than working against them.

That is, after all, where the jobs are. Sustainability students may dream of working in the public or non-profit sectors, but the reality is that 74 per cent of environmental workers are in private industry, according to a federally funded survey by ECO Canada, an industry-led non-profit HR organization. Not only are the jobs in private industry, they’re often in the province that’s most derided by environmentalists: Alberta. There, 43 per cent of employers said in the same survey that they had hired environmental workers in the previous year, more than any other province. In Quebec, 33 per cent of employers have taken on environmental staff, while 30 per cent had done the same in British Columbia.

Click for a starter guide to Canada’s master-level environment and sustainability programs.

Stephanie Ryan, director of talent acquisition at the Calgary-based energy firm Suncor, says her company is eager to hire the graduates of master’s-level environmental programs. “Someone who has studied sustainability is a good cultural fit for our organization,” she says. This fall, Suncor will recruit at more than 20 universities and colleges. Ryan says students, especially those outside Alberta, do ask tough questions about the oil sands, but her team is armed with facts that show Suncor is committed to sustainability.

Even Benzie is giving the industry a closer look. “Now that I’m almost graduated, I think, well, I’m going to have to get a job. I can’t just complain about everything,” she says. “If it’s between being angry at the industry and being poor,” she adds, “I’ll probably work for them.”

Braydon Boulanger, 26, already does. While studying environmental geography at the University of British Columbia, he got a summer job inspecting natural gas pipelines for leaks near Fort St. John, B.C. The job helped him overcome the negative stereotype he’d developed as a student. “I saw the money that went into sustainability,” says Boulanger, “and I saw all these intelligent people who care.”

Boulanger enrolled in the University of Calgary’s master’s program in sustainable energy development after earning his bachelor’s in 2008. The program gave him an overview of engineering, business, environmental science, policy and law. After graduating in 2010, he found work at TransAlta, another Albertan energy company. His job involves researching climate change policy and environmental risks. TransAlta may be a large emitter, but it’s working to become more sustainable. The company doubled the amount of its energy production that came from renewables from 2007 to 2011. Boulanger believes he’s making a bigger impact there than he could elsewhere. “When you’re a young person and you have something to offer,” he says, “you have an obligation to pick a place where you’ll have the most impact.”

José Etcheverry, who teaches in the environmental studies faculty at York University, says his master’s students often ask whether working at resource companies means working for the enemy. “What I say to them is corporations that are doing wrong things are also doing very good things,” he says. “And those good things are emanating from people like them, inside of the system, trying to change the system.” The transformation of pure fossil fuel extractors to diversified energy companies with investments in renewable energy happened, in part, because sustainability graduates went to work for them, he says. Enbridge, for example, is building solar energy capacity. “You don’t have to sell your soul,” Etcheverry tells students who are considering jobs in the resources industry. Besides, he says, “If you’re not going to go inside these corporations and try to change them, how the hell are they going to change?”