Ski and learn in the Selkirk Mountains

At Selkirk College, you can graduate from ski bum to resort manager, and get paid to do what you love 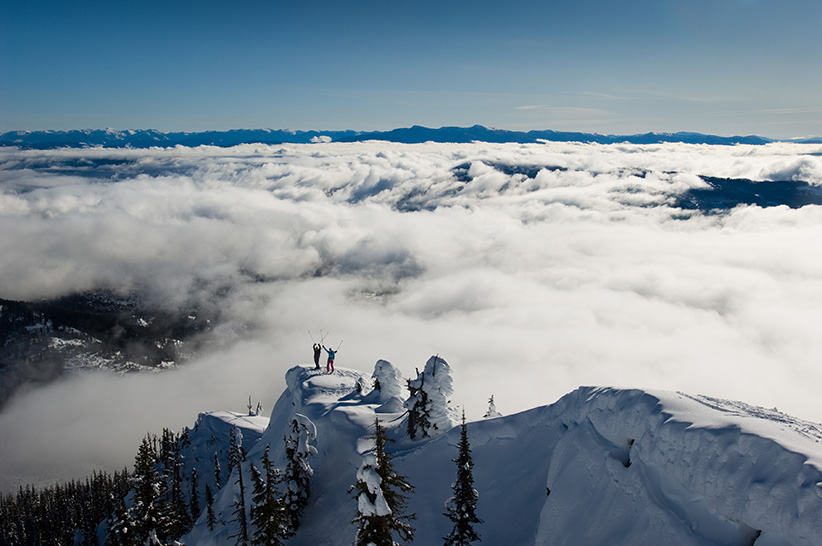 “There’s a joke,” says Bob Dodge. “How do you make a million dollars in the ski industry? Well, you start with two.”

Meaning $2 million. Running a ski resort is notoriously tricky, but for those who love steep terrain, high altitude and lots of snow—and what fearless little ripper doesn’t—there’s a program at Selkirk College in Nelson, B.C., to get you going. Dodge is program coordinator of ski resort operations and management (SROAM), which teaches—from the school’s base, near the Whitewater Ski Resort in the Selkirk Mountains—around 30 students a year the basics of running lifts, grooming, snow-making, ski patrol, snow school, and ancillary services.

“When I found the SROAM program, my first thought was, ‘Wow, it exists!’ ” says Irina Smolina, who graduated this year. The 28-year-old snowboarder landed a year-round job as administrative assistant to the lift manager at Sunshine Village Ski & Snowboard Resort in Banff, her first choice.

Most students who apply to the program—the average age is early 20s, but some are older—have already spent a season or two staffing the lifts or stores at a resort, says Dodge. Each year, there are a number of international students, as well, coming from as far away as Brazil, China, Russia and Chile.

The first year of Selkirk’s two-year program is academic, with the occasional field trip to the Whitewater resort to check out things one can’t in class, such as lift machines. The second year incorporates an internship at a nearby ski area, such as Whistler Blackcomb, based on the student’s field of interest and his or her experience level. But SROAM is a business course. Forty per cent of the program is focused on the skills needed to keep a resort afloat, says Dodge, including accounting, computer science, business administration and marketing.

Smolina made her contacts at Sunshine during one of her field trips with the Selkirk program. “We met so many people from the industry that it really helps to get a job,” she says. “You already know where you want to work, with whom you want to work, what you want to do.” Before they get there, many keeners work the winter season at a ski resort, and spend the summers working at golf courses or fishing resorts, till the snow falls again. “Some people go through years and years of the industry like that,” says Dodge. Moving into senior positions means a shot at working year-round in management, maintenance, or marketing. A typical starting salary for a manager at a major ski area is $50,000 to $60,000 a year.

What do job prospects look like? There are roughly 275 ski areas throughout the country, according to the Canadian Ski Council. An IBIS 2014 market report says the ski and snowboarding industry in Canada grew at an average of about 0.8 per cent from 2009 to 2014. Despite global warming and increased competition, the industry will expand, as operators invest in snow-making technology and get creative about what they offer customers, the report suggests.