The following article was first published on canadianbusiness.com:

Just over a quarter of Canadians have been sexually harassed in the workplace. That’s the headline finding of an Angus Reid Institute national online survey conducted in mid-November to assess the extent of the problem in Canada. The research firm polled 1,504 Canadians who are currently working or who have previously worked outside the home.

Here are some of the survey’s findings: 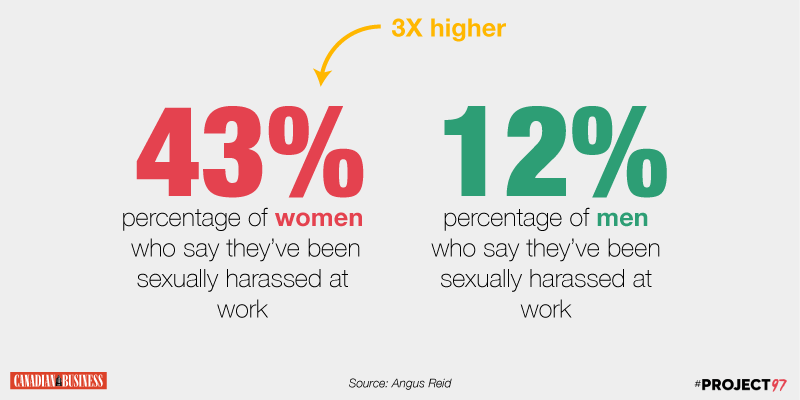 More than one quarter (28%) of Canadians have experienced sexual harassment in their place of work or at a work-related function. Women were more than three times as likely to experience harassment (43% to 12%). Young men were the least likely to have such experiences (9%), while nearly half of women aged 35–54 (47%) reported being harassed. 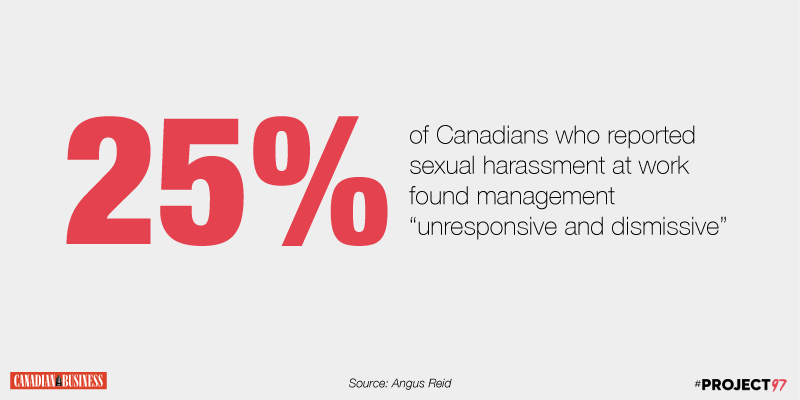 When employees did report sexual harassment or unwanted sexual contact to their employer, one quarter found them to be “unresponsive and dismissive.” However, bosses undertook a serious investigation and took appropriate action 40% of the time for sexual harassment complaints. 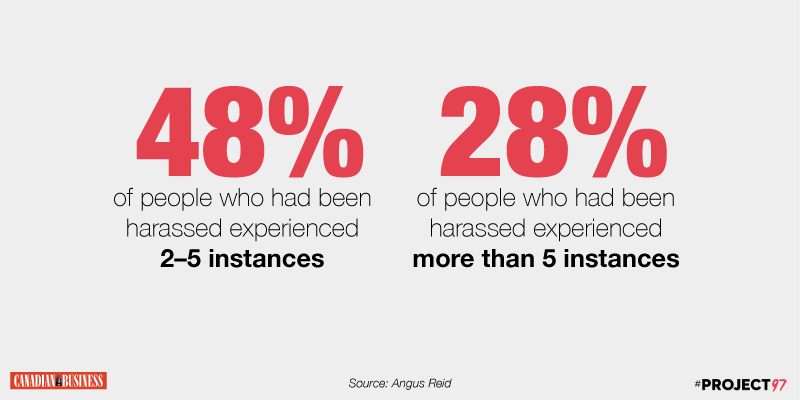 Three-quarters of those who were subjected sexual harassment in the workplace had multiple experiences of such harassment. Just under half (48%) had been harassed 2–5 times, while 28% had more than five such experiences. 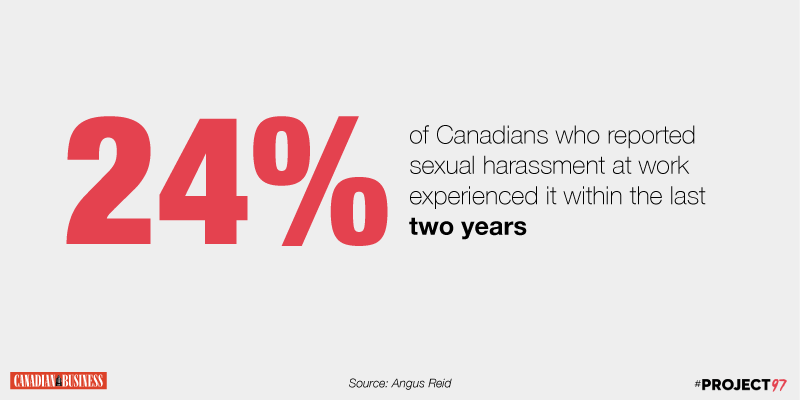 Although workplace harassment appears to have fallen somewhat in the last decade, fully 24% of respondents who had been sexually harassed reported that the most recent experience took place within the last two years. Nearly half (45%) said they had not been harassed for at least 10 years. 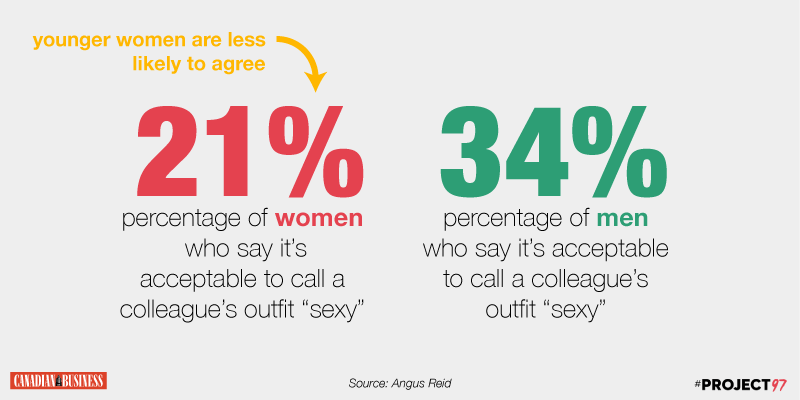 A third of men (34%) believe it’s acceptable to call a co-worker’s outfit “sexy,” but only 21% of women agree. The polarization is especially clear across age groups: men over the age of 55 are the most likely to consider such comments appropriate (39%), while women under the age of 34 find it most problematic (16%). 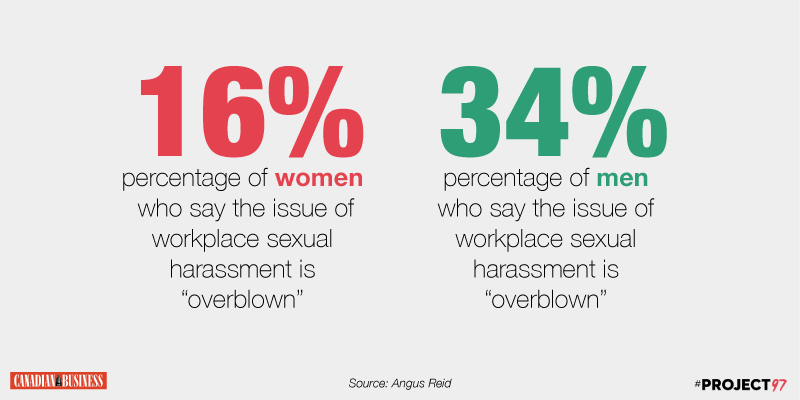 Three-quarters of Canadians believe that workplace sexual harassment needs to be given more attention, but the number skews by gender. A third of men (34%) say it’s overblown, against just 16% of women.