Billie Holiday: The voice that launched a thousand voices 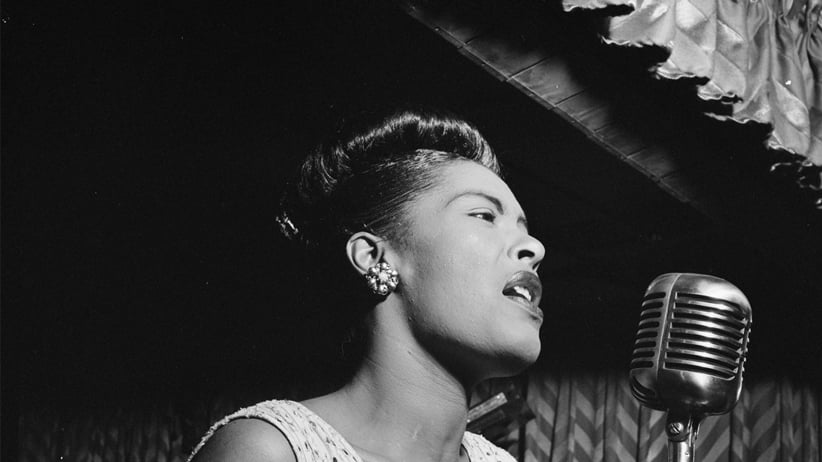 When Frank Sinatra’s centenary is celebrated in December, Ol’ Blue Eyes will justifiably be feted as the greatest of all American singers. But who shaped Sinatra? Most significantly and sustainedly, it was fellow centenarian Billie Holiday. Sinatra first saw Holiday perform in the late 1930s. Thereafter, he repeatedly credited her with teaching him how to interpret a song with genuine emotion. As he told Ebony in 1958, she “was, and still remains, the greatest musical influence.” When she died the following year, of heart failure at age 44, he spent two days in solitary mourning.

Other vocal giants of their era have faded (ask anyone under 40 to identify Jo Stafford, Mel Tormé or even Sarah Vaughan). Yet Holiday, like Sinatra, is still universally recognizable. And her lasting influence can be heard and felt in such disparate artists as Tony Bennett, Bob Dylan, Sting, Bono, Amy Winehouse and Cassandra Wilson (who next month releases Coming Forth By Day, her brilliant reimagining of Holiday-related material).

As with Sinatra, it is impossible to separate the artist from the myth. In Holiday’s case, the prevailing—and rather limiting—image is of a relentlessly tragic, helpless figure. Her most imperishable recordings (My Man, Don’t Explain, Good Morning Heartache, the harrowing Strange Fruit) not surprisingly reinforce that skewed image. To be sure, much of Holiday’s too-brief life was defined by tribulation, some of it self-imposed. Born Eleanora Fagan on April 7, 1915 to unwed, teenaged parents, she suffered an attempted rape at age 10. Before she turned 14, she’d arrived in Harlem, where, she later admitted, she jumped at “the chance to become a $20 call girl.” A failed dance audition led to a singing career that lasted three decades. From beginning to end she was haunted by racism. “It got to the point,” she said, “where I hardly ever ate, slept or went to the bathroom without having a major NAACP-type production.” An unshakable heroin addiction frequently landed her in jail, and she had a string of abusive relationships, including two brutal marriages.

But she persevered. Her vast recorded output, crafted alongside the likes of Artie Shaw, Benny Goodman, Teddy Wilson and, most profoundly, Lester Young (he crowned her Lady Day), reflects as much optimism as gloom. “She delivered recorded performances so commanding they can still bring one to tears,” says Ross Porter, CEO of Toronto-based Jazz FM. “It is the sound of a woman who sings from the centre of the song.”

As her centennial dawns, several anniversary projects encourage a fuller appreciation of her life and work. The title of vocalist Molly Johnson’s new record, Because of Billie, refers, most assume, to the similarity of their over-smoked voices. But, explains Johnson, it’s actually meant to convey her indebtedness to Holiday. “It’s my life’s work right now to change the optics from what Diana Ross laid down with that stupid movie,” she says, referring to the 1972 biopic Lady Sings the Blues. “The Billie I learned about growing up wasn’t a victim but a victim of her times.”

In his recently published Billie Holiday: The Musician and the Myth, jazz authority John Szwed aptly notes that “her ability to convey strong and powerful emotions through singing led many to believe that she was suffering and in pain.” He fills the gaps brilliantly, with thoughtful assessments of unpublished portions of her 1956 autobiography, Lady Sings the Blues—including passages devoted to her romantic liaison with Orson Welles—and a keen analysis of her stylistic evolution. Rather than risk being replaced by younger singers and more modern sounds, he posits, she developed a remarkable ability to “replace herself.”

That timelessness is explored by jazz and soul singer José James on his stunning new album, Yesterday I Had the Blues: The Music of Billie Holiday. “One of my goals in celebrating her,” says James, “is to shine more light on her as a radical feminist and an early civil rights advocate.” For all her fame, he adds, she is still “underrated as a jazz singer. People focus exclusively on the tragedy of her life and miss the art of it. Rarely do I hear the word ‘genius’ associated with Billie Holiday, though she undoubtedly was one.”