2021 is the year piñata cakes bust out 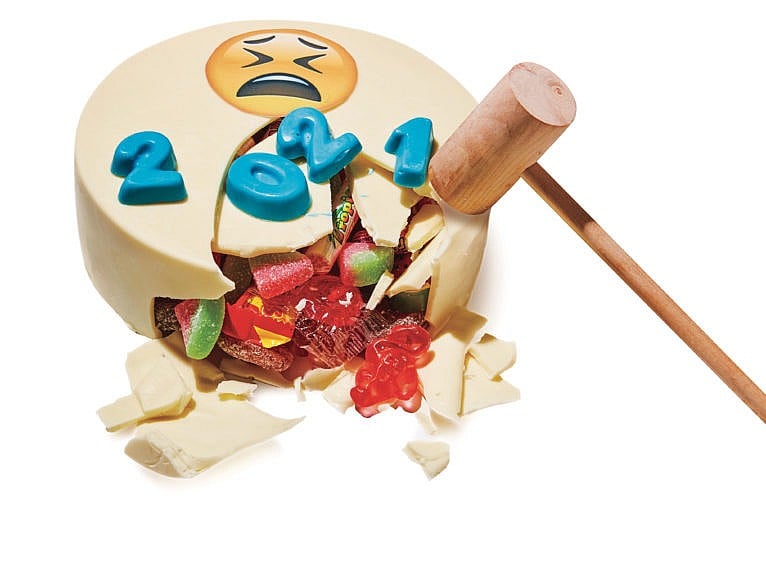 Tennaya Rach was laid off from her job as an event planning assistant at a Toronto hotel last spring, when COVID-19 made it clear there wouldn’t be any events for a good, long time. Now she has turned a spare-time lark into Break My Cake, a full-time gig producing treats that are utterly perfect for this moment, combining the ability to eat your feelings with unleashing cathartic violence.

Meet the piñata cake: a hollow chocolate mould you bash with a hammer to get at the candy filling inside. “I can’t take full credit for the idea at all. The inspiration actually came from the Kardashians,” Rach says, describing a “collab” Kim Kardashian did with a perfume company that sent her a cake to smash in order to reveal her new products.

Rach’s learning curve involved “lots of trial and error, lots of tears, lots of throwing things,” but she has now produced piñata cakes to assist with marriage proposals, handing over new car keys and the gender reveals of many babies-to-be. One reveal went sideways when an expectant mother picked up a white-chocolate cake through which the blue-hued candy could clearly be seen as soon as it was exposed to daylight, despite Rach’s efforts to create an extra-thick mould to maintain the suspense.

For now, piñata cakes—hammers included—are available for delivery only in the Greater Toronto Area, but they’re so perfect for this craptastic year, it’s easy to imagine this being their moment.

“The thing about breaking my cakes is it’s not as easy as you think. You actually have to hit it,” Rach says. “And it feels good.”