A fascinating look at Camus’s The Stranger

The Stranger gets its own "novel biography" 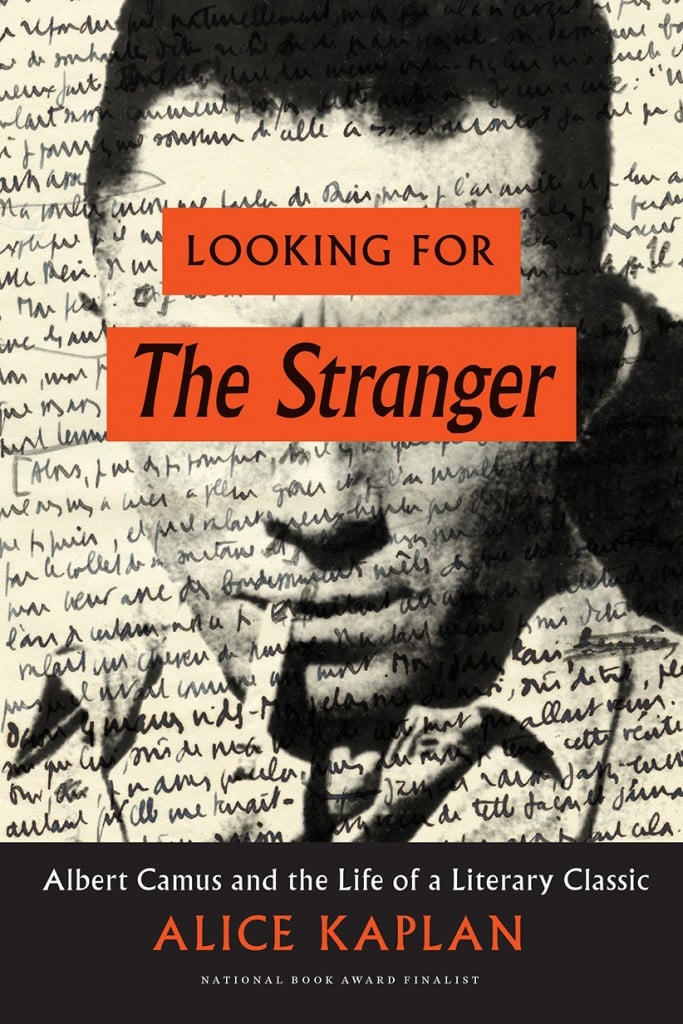 Looking for the Stranger by Alice Kaplan (No credit)

LOOKING FOR ‘THE STRANGER’

Published on the heels of Michael Gorra’s Portrait of a Novel and Peter Finn and Petra Couvée’s The Zhivago Affair—fascinating works about the cultural, historical and personal provenance of Henry James and Boris Pasternak novels—Kaplan’s equally stellar new book about Albert Camus’s absurdist-minimalist masterpiece, The Stranger, confirms the arrival of a promising new genre: the “novel biography.”

With its unusual combination of an Algerian setting and American noir style, Kaplan describes The Stranger’s impact as “a blood transfusion to the genre of the novel.” Written in 1940 during a lonely sojourn in a Paris apartment and inspired by Camus’s work as a court reporter in his native Algiers, The Stranger explores colonial ethnic tensions and the author’s own humanist philosophical leanings through the story of Meursault, a French Algerian whose failure to weep at his mother’s funeral influences his receiving of the death sentence for the murder of a (famously nameless) Arab man. The novel’s endurance on university syllabi is attributable to its chameleonic adaptability to evolving critical lenses: existential, deconstructionist, feminist, post-colonial.

Kaplan’s own book is a fascinating mix of straight fact—she names the bells that inspired the one that rings in the novel’s verdict scene—and astute psychological inference. She finds powerful echoes, for example, of Camus’s silent upbringing by his deaf, and nearly mute, widowed mother in Meursault’s tendency to value the physical over the linguistic.

The unprecedented challenges Camus and his publisher, Gallimard, faced bringing the novel to print in German-occupied France are made rivetingly tangible: from censorship to paper-stock shortages to the manuscript’s perilous zig-zagging between Africa and France’s occupied and unoccupied zones. The arrow-ridden schematics provided of the latter could easily be mistaken for battle maps.

Two puzzles in particular capture Kaplan’s attention: Camus’s decision to give Meursault symbolic dimension by the addition of the first “u” to his name (the only surviving manuscript has him as “Mersault”), and the murdered Arab’s true identity. The first question remains unanswered, but through some impressive sleuthing Kaplan manages to solve the second, which she reveals in the book’s satisfyingly circular epilogue. Though it’s left unsaid, Looking for ‘The Stranger’ is also a wistful reminder of the vital role novels and criticism played in our culture not so very long ago (The Stranger went on to sell millions after Sartre endorsed it in a review)—a role that’s sadly almost unimaginable today.