A muddy and uneven book that pulls together at the end 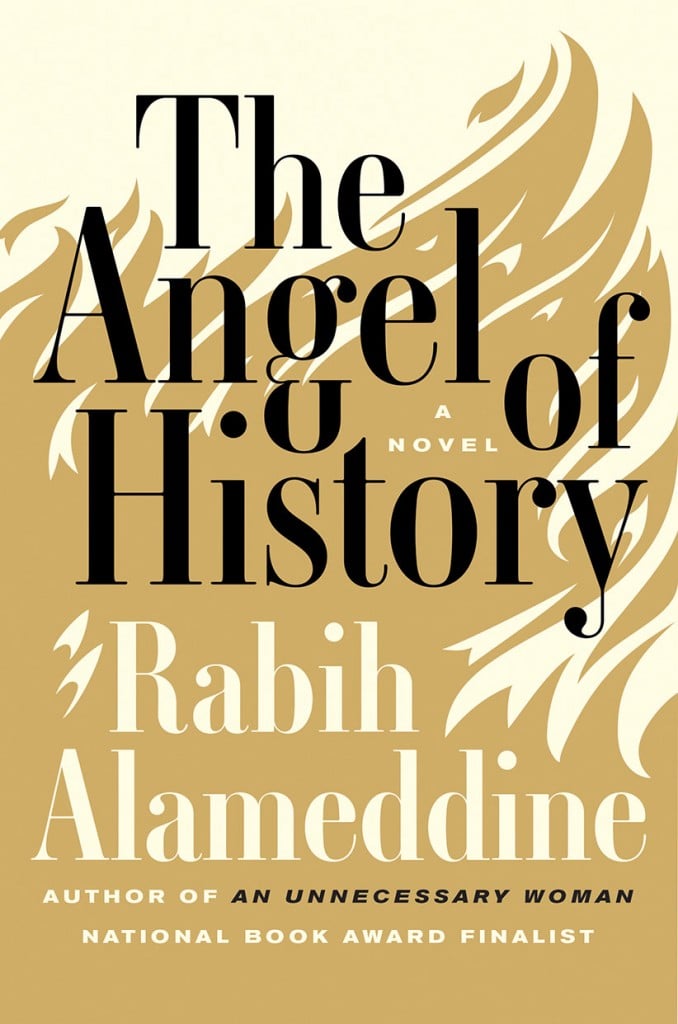 THE ANGEL OF HISTORY

This novel makes heady use of multiple crossroads—personal and political, cultural and social. Over a single gruelling evening in the waiting room of a psychiatric clinic, we come to understand that the main character, Jacob—a gay Arab-American poet—has lost his grip. He seems to be looking for an out, by pill or maybe even the Big Sleep, to help him forget the hardships of his past.

While waiting for a remedy, Jacob is in continual conversation with a series of real and imagined voices—Satan, Death, 14 saints, his dead partner and other deceased lovers, family and friends, his cat, his roommate, the nurse and shrink, family and friends—retelling and making up stories that inform his fragile mental state. The conversations reveal that he was raised in Cairo as the son of a prostitute, transported to his rich father’s house in Beirut, and then abandoned in a Catholic orphanage, the story zig-zagging among countries and locales. Jacob has built up a tragicomic history of colourful characters who appear in vivid scenes as Jacob’s mind races through an unending series of loop-the-loops.

Even one of the events Jacob has withstood could undo a person. And Alameddine’s pile-up of sorrows on Jacob, and the multitudinous voices the reader has to navigate to get to know him, feels like too much. Perhaps that’s the point, but it results in a muddy and uneven book, which is unfortunate because the author’s colourful syntax, his unique paralleling of communities (homosexuals, Arabs) and his intertwining of religious, sexual and popular imagery feel both important and exciting. When we need clarity, the writing gets in its own way. Alameddine pulls it together in the end, as we encounter a clearer-headed Jacob, but the reader is still left with the residue of the book’s vague middle chunk, where we nearly lost the plot.