In a pivotal scene in this film adaptation, a young singer—struggling with his sexuality and nervous about opening up to his conservative Filipino family—finally gains the confidence to perform in front of his entire school 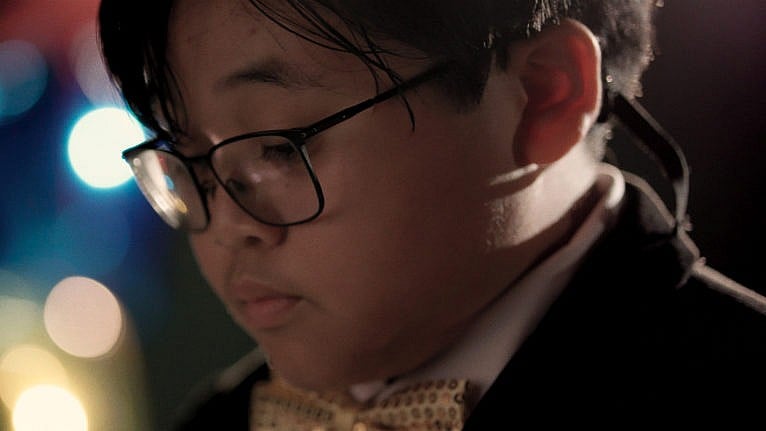 Diaz stars as Bing in "Scarborough" (Courtesy of Touchwood PR)

The film adaptation of Catherine Hernandez’s 2017 novel, Scarborough, premiered at TIFF and was a runner-up for the People’s Choice Award. It follows three children whose lives intersect in a low-income neighbourhood. Amil Niazi spoke with co-director Shasha Nakhai about filming during the pandemic, working with child actors and bringing Hernandez’s vision to the screen.

Bing is a talented young singer who is struggling with his sexuality and nervous about opening up to his conservative Filipino family. In this pivotal scene, he finally gains the confidence to perform in front of his entire school. Nakhai says it was shot to feel dreamlike, reflecting what this moment meant for ­Hernandez. “It’s kind of like a dream of Catherine’s,” says Nakhai. “It’s what she wishes she had, coming out.”

RELATED: In a comedy about queer South Asian identity, a yogurt pot can be more than a pot of yogurt

COVID-19 shut down production on the film in March 2020, just as they were filming this scene. “Two days before the shoot, we had to cancel everything because of the lockdown,” Nakhai says. “For a while we were just at peace with the fact that we might never finish, because this [scene] is a talent show with lots of people in it.” Even more crucially, the young stars of the film were growing so fast that it put continuity at risk. “Liam’s voice changed a lot,” says Nakhai of actor Liam Diaz, who plays Bing. Luckily, the crew managed to record Diaz’s voice before production shut down. 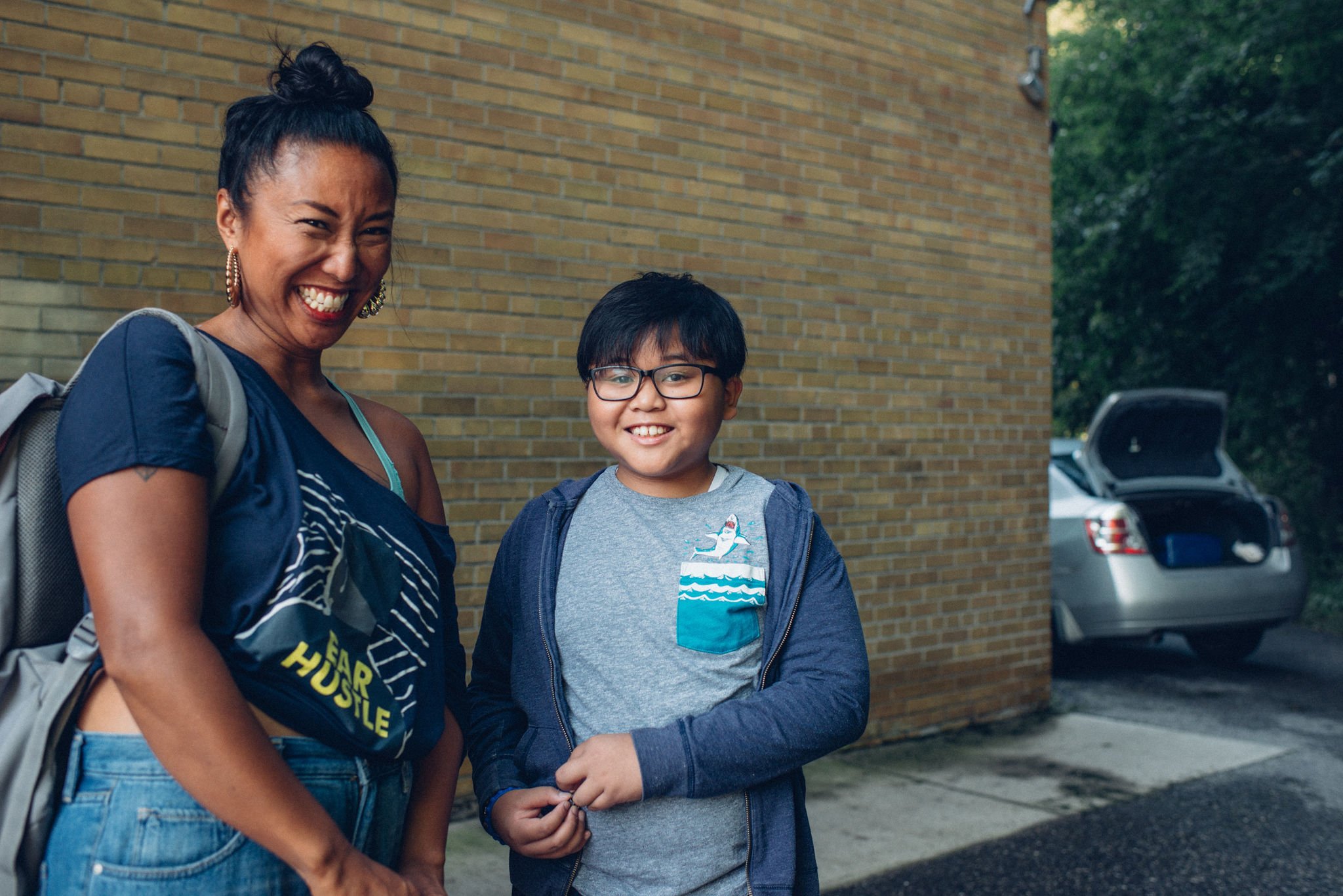 Hernandez, who also wrote the screenplay for the film, became a key part of the filming process. “At first, we were afraid to have her on set because it’s so personal to her. These characters are living and breathing in her mind,” says Nakhai. But the process was collaborative, with Hernandez—who is also a playwright with plenty of theatre and dance experience—choreographing the dance sequence in the talent show and helping to coach Diaz’s singing performance. 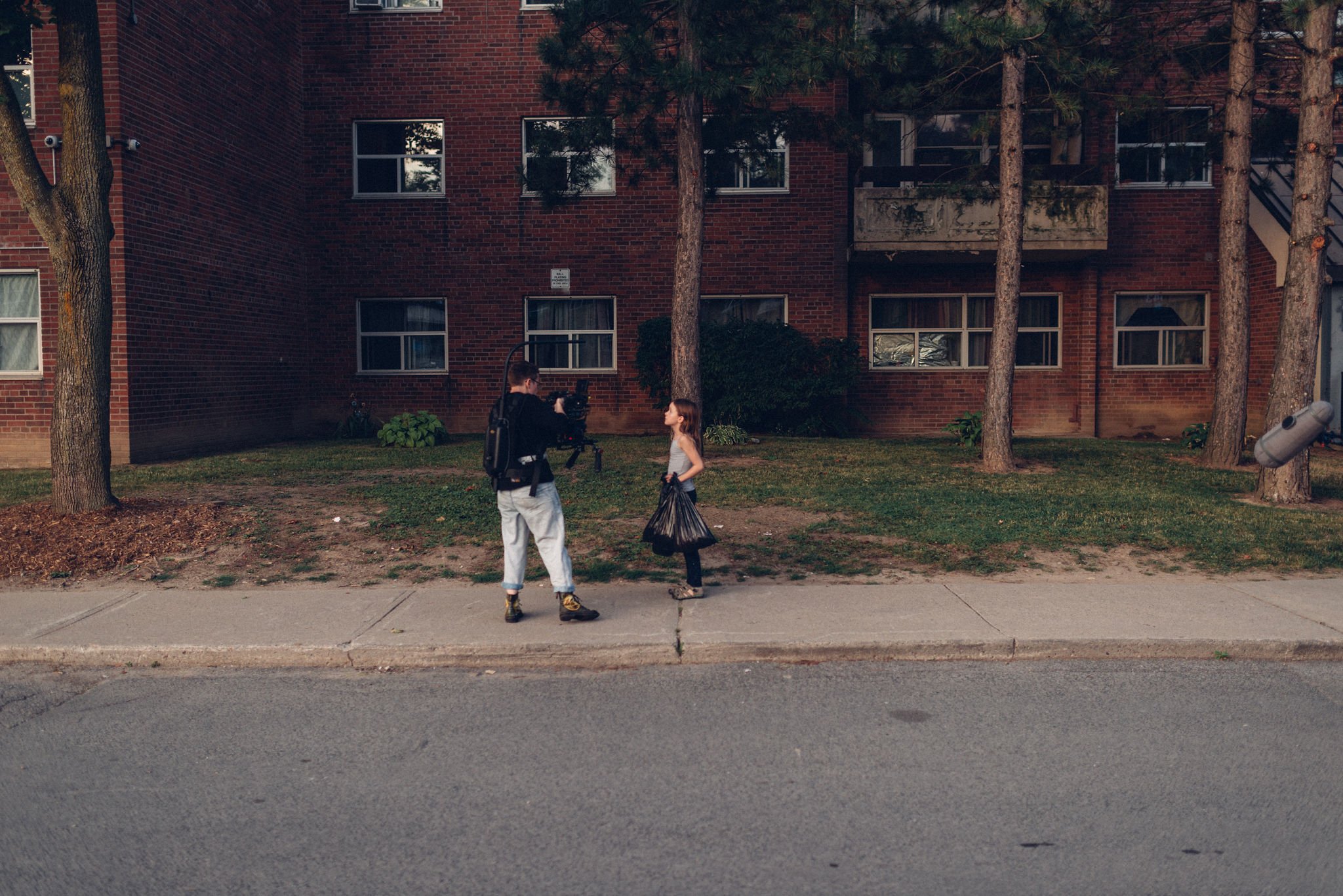 The novel connected with many people because of its tender insights into an often maligned area of Toronto, and the film aims to do something similar. It was shot at about 15 Scarborough locations, most in the Kingston-Galloway—Orton area. In fact, the talent show scene took place at the school where the book is set, and many of the families whose children attend the school became extras during the filming.