Waldorf dolls: an anti-consumerist icon for $700?

There’s no doubt the American Girl doll, with her moulded plastic limbs and head, cloth body and shiny, synthetic hair, has a hold on the imaginations of young girls. Children flock to the company’s Fifth Avenue flagship store in Manhattan to buy one that looks like them. Blonds go for blonds, brunettes for brunettes, and so on. They then take their toys to the dolly hair salon before heading to the in-house café.

The Waldorf doll is meant to be the anti- thesis of all this. Whereas American Girl is a megabrand owned by Mattel and propagated globally via the usual consumer channels, the Waldorf doll is the anti-brand, a grassroots phenomenon spread by word of mouth. “They’re not made in China,” said Petra London, a mother of two in Calgary who was first drawn to the dolls because she couldn’t buy anything like it at the toy store. “I wanted something that wasn’t the same old plastic.” Her family now has about 16 of them, some of them gifts.

She has a small collection compared to others who have dozens of the cloth dolls, which doll makers around the world craft painstakingly, stuffing them with shearling wool, knotting their yarn hair by hand and stitching their whimsical outfits. This style of doll was created in the 1920s to complement the Waldorf pedagogy—an alternative approach to education first articulated in Germany by the legendary Rudolf Steiner. The dolls are made with natural materials that please the senses and have few facial features so kids use their imaginations when they play. A search of the online arts-and-crafts market Etsy yields more than 10,000 results from artisans as far away as Latvia and Australia, selling Waldorf-inspired creations. A Tokyo seamstress even offers Waldorf-doll kimonos.

It is more common for parents in Europe to buy their children Waldorf dolls, which typically cost at least $150 online. Here, fewer people know of the dolls, but those who do go crazy for them. Though they look wholesome and are embraced by an educational counterculture, Waldorf dolls provoke a frenzy reminiscent of Cabbage Patch dolls in the 1980s.

Doll makers can’t keep up with demand from North American buyers. Artisans such as Nancy McLaughlin of Dragonfly’s Hollow in Denton, Texas, post their next sale date on their website, which they call the “upload.” Then consumers from around the world wait by their computers to try to be the first to click through to buy one at the right time. When McLaughlin auctioned off a limited-edition doll she made with fairy wings and a leather corset, it sold for $1,775. “It is a huge global market,” said McLaughlin. “Just huge.”

One of the hottest Waldorf-style dolls out there is the Bamboletta (price tag: $245), a modernized version of the original and sporting hair made from multicoloured yarn. They’re made on Vancouver Island in a studio run by Christina Platt, who, until recently, couldn’t make enough dolls to satisfy the market. At the height of the Bamboletta’s popularity, doll speculators would compete to buy them, then resell them online for up to $700. Platt now employs 10 people in her studio, as well as 30 stay-at-home mothers in her community to sew for her in order to make the 100 dolls a week she sells—but customers still must wait for an upload to get one. “Some people collect Louis Vuitton bags and some people collect these dolls,” she said. “I struggle with it, but I’m also a business and have had to come to terms with it.”

It may be more than consumer culture that fuels the desire for the doll. “It really is a lost piece of childhood,” said Platt. “These dolls don’t propel little girls into adulthood and that’s what’s special.” For Monika Aebischer, a Toronto artist who makes exquisite versions and teaches others the skills, it’s the care that’s put into each doll. “People are getting the 20 hours of my life that I spend making one,” she said. “It’s not a throwaway thing.”

That spirit can bring people together. There have been instances in Canada when a child’s doll has been burned in a house fire. When word gets out, people pitch in to replace it. Said Aebischer, “It’s giving a child something truly beautiful.” Even if she already has a few dozen. 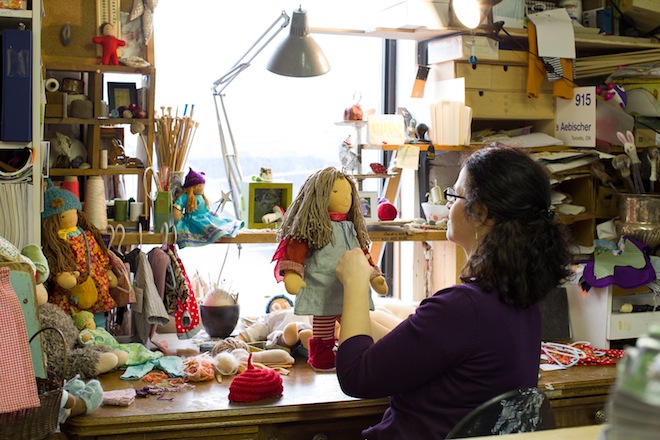 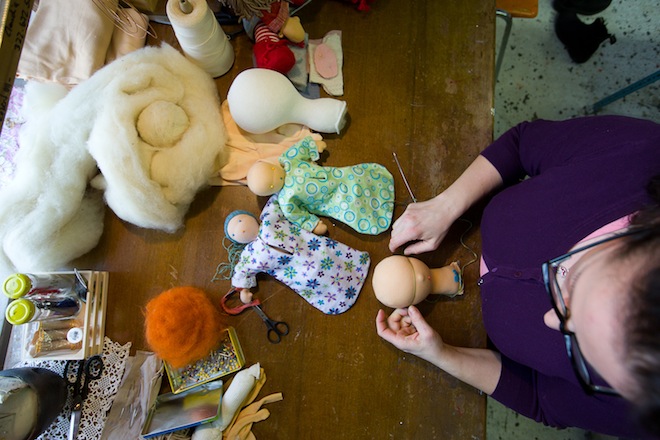 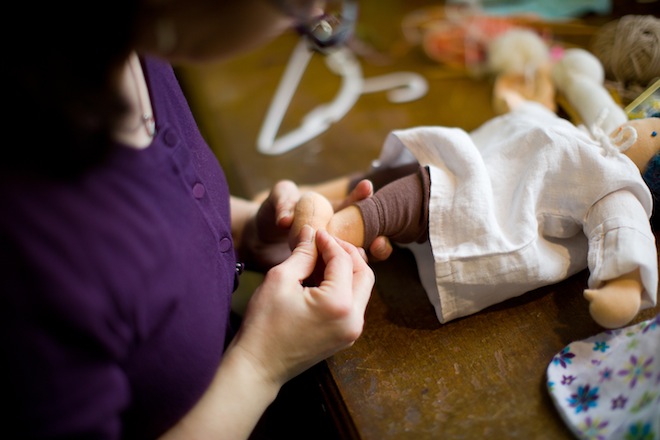 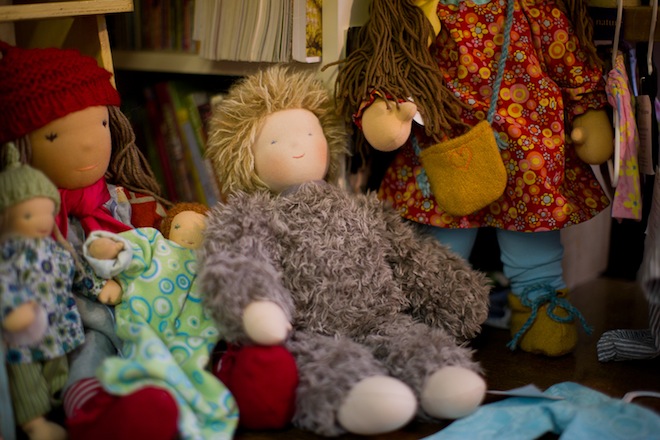 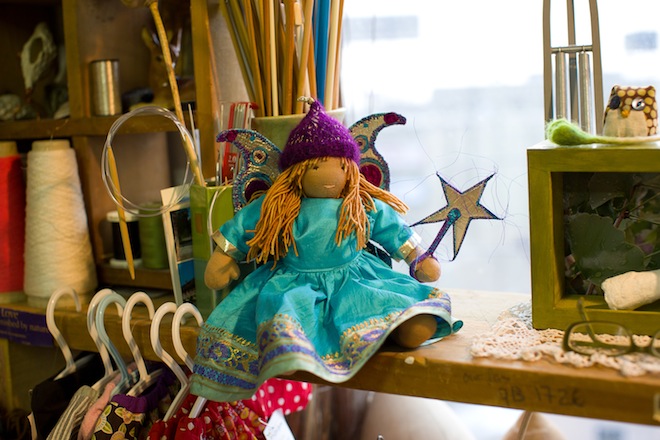 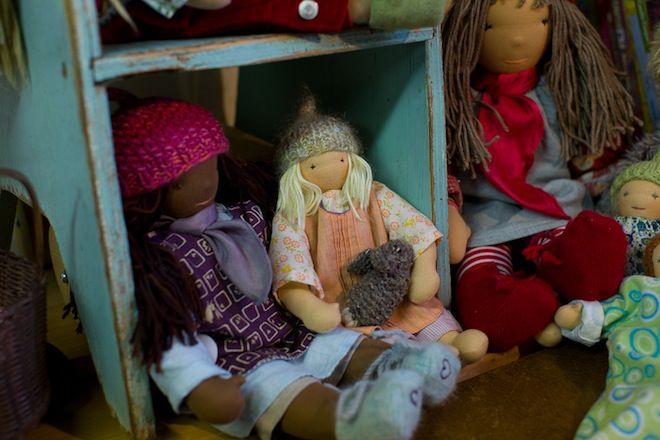 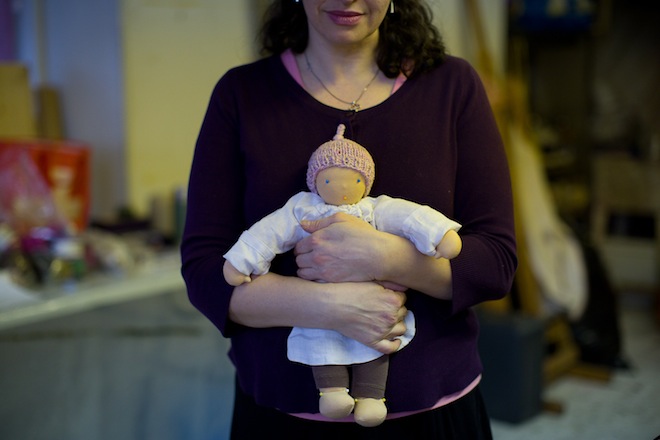