An obituary to 'American Idol': How an era ended

The biggest reality show of the 21st century is over. And it's because we no longer need it. 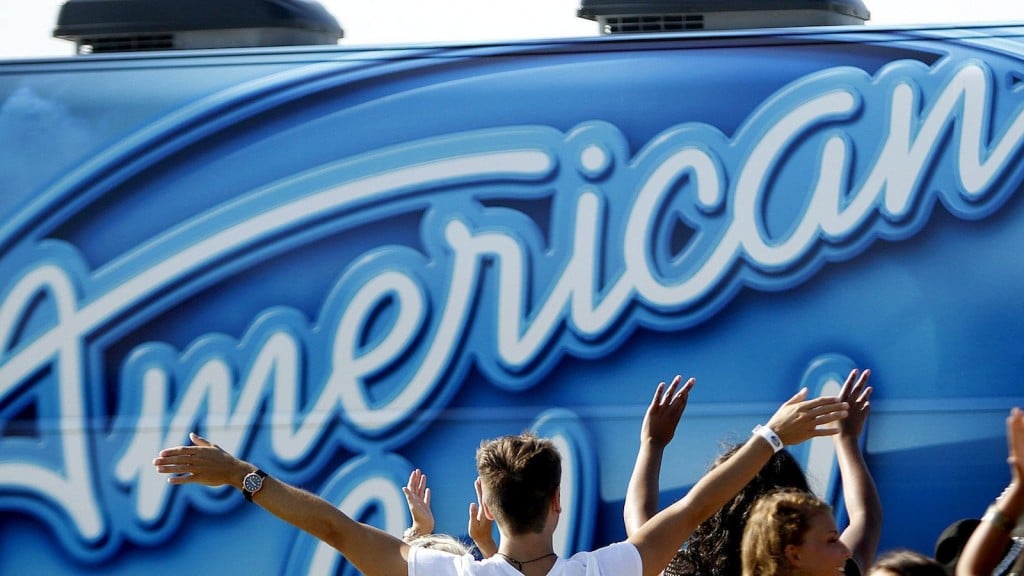 People wave to the bus as it circles for the film crew for the American Idol XIV auditions off Ocean Boulevard in Myrtle Beach, S.C., on July 17, 2014 (The Sun News, Janet Blackmon Morgan/AP)

Sonya Bell joins the Thrill, Maclean’s pop-culture podcast, to discuss the legacy of the cancelled shows American Idol and CSI. Subscribe for free now on iTunes! Subscribe on Stitcher! Android users can find us on Beyondpod!

The biggest reality show of the 21st century is being laid to rest, a casualty of 21st-century reality. So when Fox announced Monday that American Idol will end after its 15th season, the news dropped jaws—but it shouldn’t have.

The network’s decision is actually easy to understand on paper: The iconic show had lost its niche with the introduction of The Voice and The X Factor; its current ratings are just one-quarter of what they used to be; and the show’s biggest sponsors are pulling out (Coca Cola and AT&T ended their contracts last year, while Ford significantly scaled back).

But the announcement still felt like a punch to the gut, because it signalled the end of a golden era.

It’s hard to remember now, but when American Idol debuted to massive ratings in 2002, the premise seemed fascinating, bordering on fantastical. They were going to search the whole of America for talented singers! And pit them against each other! And we would decide the winner! Such a singer, surely, would be the biggest pop star the world had ever seen.

That first summer, American Idol delivered. Kelly Clarkson’s coronation song and debut single, A Moment Like This, shot to the top of the Billboard charts. She was no one-hit wonder, either, with songs like Miss Independent and Since U Been Gone and Stronger (What Doesn’t Kill You). Clarkson is still one of the biggest names in pop music, set to tour Canada later this year with pop prince Nick Jonas.

My fondest American Idol memories are from its fourth season, when a bashful Carrie Underwood tried to sell viewers on country crooning—and won. My university roommates and I faithfully tuned in twice a week, once for the performances, then again for the results. In 2005, everyone was still observing the sacred ritual of appointment television. We screamed at the TV from the couch and lamented that you couldn’t call in to vote from Canada.

American Idol’s legacy will be its parade of successful stars—Clarkson, Underwood, Adam Lambert, Jennifer Hudson—but also the sense of empowerment it gave us over the music industry. To this day, I feel a sense of pride when I see Carrie Underwood take home another Grammy award.

But nothing stays on the cutting edge forever. Back in 2005, it was a novelty to discover a new artist alongside music execs, and help turn them into stars. Now, that’s all we do. Talented teens don’t need American Idol anymore. Justin Bieber was discovered on YouTube before he was old enough to audition. Shawn Mendes didn’t even need YouTube. He used the six seconds allocated on Vine to catch our attention and score a record deal.

This isn’t to say American Idol didn’t try to adapt over the years. It did. It switched to a single-night formula, reducing the need to tune in multiple nights a week. It tried giving viewers an enhanced role, letting them use Twitter to save one of the bottom two artists every week. But it was too little, too late.

American Idol is survived by its NBC brother, The Voice. But, in 2015, the premise of these shows is simply outdated: With the diversity of music available, and in so many places, a network can’t tell us it’s going to deliver the next big thing. We’re discovering it on our own.