An online Messiah rises to the occasion

Paul Wells: Ten camera crews across the country, a dozen diverse soloists performing in a half dozen languages and one remarkable version of Handel's Messiah 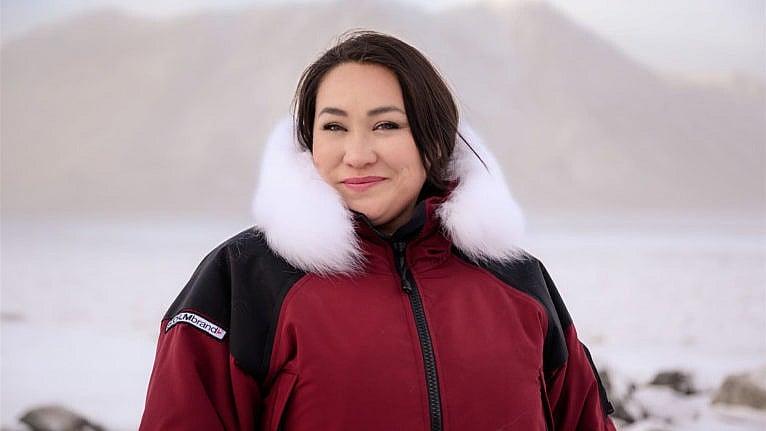 Near the end of Part I of George Frideric Handel’s oratorio Messiah, a singer urges listeners to spread the good news of Christ’s birth. “Oh Thou that tellest good tidings to Zion,” she sings, “Get up into the high mountains.”

In any production, much depends on accidents of timing and place. In the extraordinary version of the Messiah that Toronto’s Against The Grain Theatre will reveal this weekend in a free webcast, the soloist for Oh Thou That Tellest is Diyet van Lieshout, a member of Kluane First Nation in southwest Yukon. She was filmed at the edge of the Kluane Icefield, the world’s largest non-polar ice field, a shelf of ice thousands of square kilometres in size. The high mountains are present, too, in the form of the Saint Elias range, home to Mount Logan, the highest mountain summit in Canada.

Diyet doesn’t quite sing the precise lyrics Handel set, because in translating them into Southern Tutchone with the help of her 91-year-old grandmother Lena Tulhasèn, she preferred to capture the gist of the song rather than its specifics. “It’s more of a retelling,” she said in a telephone interview this week. “The news is that the creator has made all this for us.”

Since “all this” includes a lake of ice and the highest mountains, “there’s this sense of awe and wonder and joy,” Diyet said.  “I wanted to keep that sense of joy and excitement. So the words have that feeling built into them, just of wonder and awe at being given such a gift.”

Some gifts take more work. Diyet is a successful folk-pop singer with a degree from the University of Victoria in vocal music, but she hasn’t sung classically in 20 years. She likened prepping for the Messiah to “running a marathon.”

Against the Grain’s new production is pieced together from performances recorded in every part of the country. The title for the production is Messiah/Complex, which is both neat wordplay and the simple truth. Diyet recorded her voice in a Whitehorse studio, over a recorded performance of the Toronto Symphony Orchestra. Then an associate shot a video of her at the edge of the ice field, lip-synching to the sound of her voice, which came from a smartphone tucked into her pocket.

But the hardest work is mental and, if you will, spiritual. “Some red flags came up as soon as I heard [that some people in Toronto wanted her to perform] Messiah,” she said. “My own coming to terms with my history and my connection to a colonial past. And to religion, you know? My mom survived residential school. So it’s still really close. And I’m still trying to reconcile those feelings. So I don’t know. I love the music, I really do. I wasn’t sure it was going to be a proper fit for me.”

What attracted Diyet to the task was the prospect of finding her own relationship to the material. She could work with her grandmother, one of the last surviving speakers of their specific dialect of the Southern Tutchone language. She could find ways to put the words into the right order, so the tonal nature of the language—a given syllable can mean different things, depending on whether it rises or falls in pitch from the previous syllable—fit well with the contours of Handel’s melody.

What clinched it all for her, Diyet said, was the way Joel Ivany, the director of Against the Grain Theatre and co-director of Messiah/Complex, embraced all that she had in mind for the piece. “Talking with Joel, I said, ‘Would you be okay if I just took this and made it something a little bit different, in my language?’ And I couldn’t see him, but I could see his ears, like, perking up. Over the telephone. He was in it 100 per cent from the beginning. ‘Yeah, do that.’”

It’s possible for any work of art to fall into routine. With Handel’s Messiah, it’s practically an occupational hazard. In most years, performances of the Messiah, written in 1741 for soloists, choir and a small orchestra by a German who’d moved to London in his 20s, are as common in any large Western city as fruitcake, and sometimes harder to digest. It’s easy to find three or four productions in every city, some by professional orchestras, many by church choirs, some bright, some rather burdensome.

But this is no ordinary year, and Joel Ivany resists routine by nature. He’s become one of Canada’s most audacious and—increasingly, almost despite himself—respected opera directors. He was going to direct Carmen at the Canadian Opera Company this winter, before the coronavirus wiped out so many artists’ plans. But he’s also taken La Bohème on a national tour of Canadian bars and saloons, and staged Gluck’s Orfeo in Banff with a chorus in drag. He’s staged Messiah in 2013 at The Opera House, which is not an opera house, and again at Harbourfront Centre in 2015. This year he planned a third production.

“And then COVID hit. And it was like, ‘Okay. So what do we do now?’ It was like every arts organization facing that predicament of, ‘Are we just waiting this out, or are we moving online?’ We’ve been producing digital content, with interviews and concerts from people’s living rooms, which we’re good to do but which weren’t necessarily the most enticing for people to watch.”

The good thing about a digital production is that you can measure audience engagement. Every time somebody closes a browser window, it’s recorded. “You don’t really have data when people fall asleep in the concert hall.”

The bad news is that in Against The Grain’s early experiments in lockdown-era virtual theatre, a lot of browser windows were closing. “Putting a camera on what we love doesn’t equate to the same experience.”

So maybe pack it in until a vaccine saves the day? “I just can’t do that, personally. I’m stubborn.”

Pretty soon the decision was: Go big or go home. Actually, this being 2020, they’d have to do both. Handel wrote for four soloists. Triple that number and you’d be close to the number of provinces and territories in Canada. The summer of Black Lives Matter was raising desperately overdue questions about representation in the performing arts. The hashtag #OperaIsRacist was showing up on Twitter, and as is often the case, people had a point. 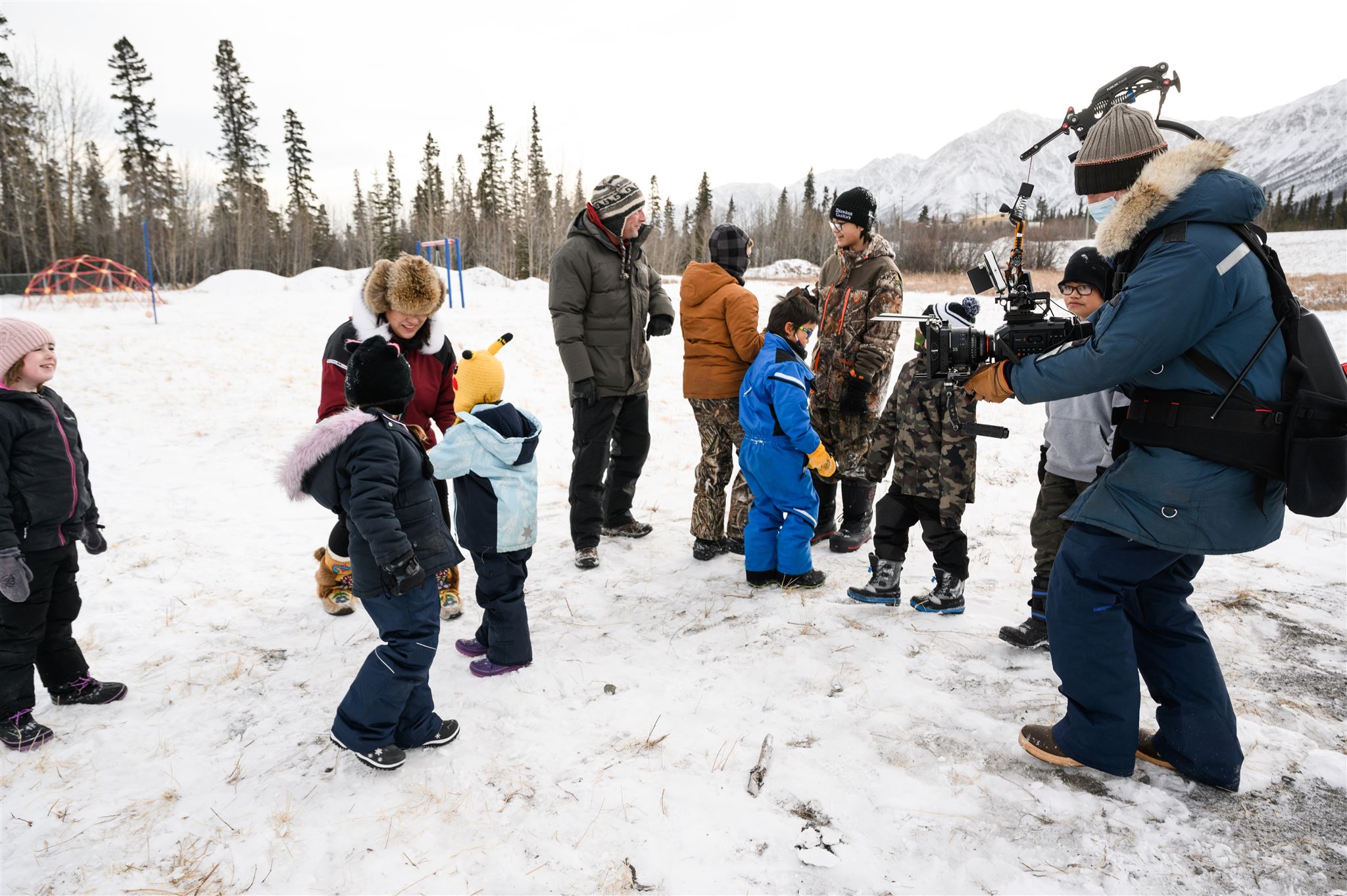 So Ivany teamed with Reneltta Arluk, the Director of Indigenous Arts at the Banff Centre, to co-direct a national Messiah/Complex with a dozen soloists, each Indigenous, Black or a person of colour. Ten camera crews spread out across the country to record the soloists, the Toronto Symphony, the Toronto Mendelssohn Choir and smaller vocal ensembles.

“We’re in Toronto and we’re a small organization,” Ivany said. “But this meant our audience could be national. It could be global.”

So. National scope, cinematic ambition, bold diversity in interpretation —the soloists sing in half a dozen languages—and a frank meeting between ancient art and the tough questions it raises in today’s world. The next step was to give it away. When Messiah/Complex starts webcasting on Sunday, it will be free, as the company’s website puts it, “to any soul in need of a musical lift.” That’s a lot of souls these days. Viewers are encouraged to make a donation. No sum is suggested. You pay what you can, if you want.

“We had roughly estimated $20,000 in ticket sales” before deciding to give it away, Ivany said. “We’ve already surpassed that in donations, without showing a clip of the film.”

Production was a trip. Opera and oratorio are usually live theatre, with soloists and chorus and orchestra within sight of one another, reacting to each other’s cues. This was more like movie production. “It’s not done how we’ve been trained. It’s not done how you’d want to do it. It’s ass-backwards.” The Toronto Mendelssohn Choir recorded the Hallelujah Chorus in five shifts, in a rented building, each singer in stalls with shower curtains, the conductor surrounded with plastic, only his baton peeking above the enclosure. Then they lip-synched to their own voices for cameras in a park outside Roy Thomson Hall. “That’s the weirdness of what we’re all going through, but the resiliency of everyone is amazing as well.”

In this new context of a montage recorded across a continent, some of the lines really jump out. Diyet’s high mountains, for one. Or an aria close to the start of the whole thing, “Every Valley Shall Be Exalted.” It’s about big change coming, the valleys lifted, the hills brought low, “the crooked straight and the rough places plain.” Tenor Spencer Britten sings it in front of the rainbow sidewalk in Vancouver’s Davie Street Village, dashing in a tux and spike-heel boots.

In the end, Diyet feels that her involvement with Messiah/Complex helped her resolve some of the questions she had at the outset. “The process itself was a little bit of my own work in decolonizing myself as an Indigenous woman musician. I think many Indigenous artists who live in a very Western artistic world, it can be hard to reconcile the things that you love and their connection to your history. You know what I mean? You’re always questioning and wondering. ‘If I do this, does it perpetuate a problem or does it release me from that?’

“And my own experience with this particular piece has somehow—I’ve been able to look at it from a different place but with my own traditional and spiritual values. And it works. So that tells me that there is an incredible universal consciousness that we all tap into, no matter who you are and where you’re from and what century you’re born into.”

• Messiah/Complex will be streamed online by Against The Grain Theatre, from Dec. 13 to Jan. 7, at atgtheatre.com. Performances are free; spectators are encouraged to make a donation.