Beyoncé, the Grammys, and the tough questions 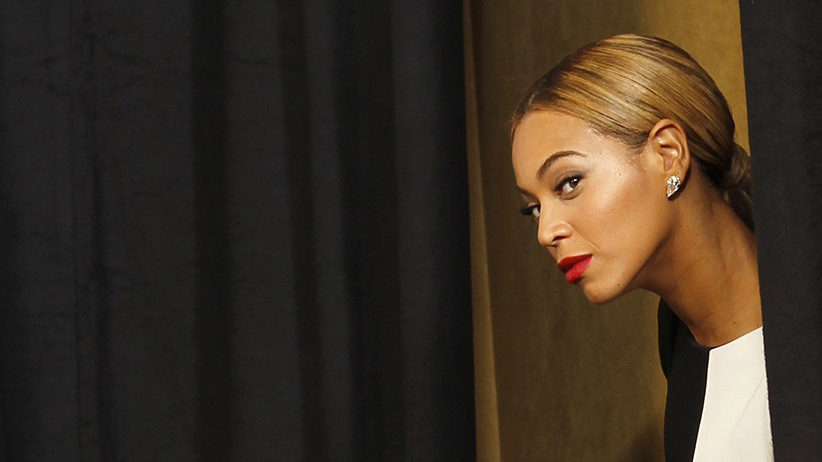 It’s Grammy season, so you know what that means: It’s time for the annual guessing games, the parlour bets, the wishful thinking. Who wins for music’s top prizes? Will the rookie Sam Smith, the honey-voiced Brit, play the part of this year’s Lorde, as the anointed youth whose ascension feels pre-written? Will Katy Perry, pop music’s shark-jumping hard-luck bridesmaid, finally lay claim to a trophy? Will Sia, the oddball songwriter to pop’s top stars who stepped out of the shadows with her own bold record, get some love? Can Arcade Fire, back at the gala for the first time since their shocking Best Album win for The Suburbs, win for Alternative Album? Will John Legend be rewarded for writing one of the Grammys-est songs ever? Will we get uncomfortable about Iggy Azalea like we did with Macklemore last year? (To get it out of the way: yes, no, yes, no, yes, and hopefully.)

It also means no existential questions. Look at all the glitz! The glamour! The pageantry! And make sure not to ask: Why does the Academy continue to spurn rap music? Is it really just a barometer of commercial, rather than critical, success? Or, perhaps the most important one of all: why do we watch the Grammys, anyway?

No doubt, the Grammys remain, by reputation at least, the music industry’s crowning gem, and the star power the award ceremony itself can pull for performances makes for an undeniably thrilling show that delivers a cross-section of music to mass audiences. But award nights, ultimately, work best when they tell a story—of the year that was, of this moment in time, of where the culture is headed. It’s something that the Oscars do particularly well, by dint of the message-driven medium they celebrate (see: last year’s 12 Years a Slave), but the Grammys have consistently struggled to make even halfway-daring statements about music—or worse, in recent years, punted completely. Last year, for instance, we girded ourselves for the Academy to reward the privilege-laden Macklemore a Best Album win for his rap record, making us address some genuine questions about our discomfort. But they chose instead to anoint Daft Punk for an album that was a far cry from their really essential work from 15 years prior (work that was largely ignored by the Academy). That scaredy-cat call was microcosmic: the Grammys haven’t really made a truly star-making call since Arcade Fire’s win (and before that, Michael Jackson’s 1984 win for Thriller), and they haven’t really been cultural agenda-setters since.

It’s hard for people to have any sustained debate over how to make the Grammys work better; it’s hard to make the argument that they’re functional. If only that conversation could involve someone who people can’t help but talk about, to make us realize that some things need to change about awards that fail to represent music in a timely, current, interesting way.

Enter, then, Beyoncé. These 2015 Grammys expects to be the last-touch coronation of her long-running victory lap, one that started with her self-titled album’s surprise release last December. Album of the year, best urban contemporary album, best R&B performance, best R&B song, album of the year—she was nominated in all those categories, and in two more, and it’s hard to imagine her as anything but the favourite in them all.

On the one hand, it’s all the Beyoncé show—and rightly so. It’s tough to think of someone who has galvanized pop culture more in recent memory. Social media froths whenever she does so much as post on Instagram; critics hasten to touch the hem of her garment; she’s about as unassailable a figure as we have in celebrity culture right now—a flawless goddess who woke up like this. But her album came out a full year ago, and the buzz of that memory has faded. In the intervening months, she’s essentially given a Grammy performance at lesser shows, including a career-spanning stunner at the otherwise teen-oriented MTV Music Video awards; heck, she even opened last year’s Grammys with Drunk In Love. She re-released Beyoncé with a few new songs, but it really only garnered attention for the raw, raucous music video it spawned. We may not be getting truly tired of Mrs. Carter, but the distractible zeitgeist has certainly been seeing a metric ton of her, for an awful long time. And if we start to feel that Queen Bey is already starting to oversaturate our lives, what good does it do when she, as expected, she sweeps the Grammys? We knew 2014 was the year of Beyoncé—do we need to be reminded in January 2015?

That’s why it’s so unavoidablyawkward that Beyoncé’s triumphal tour marches on. Regardless of how much adoration we can lavish upon her, the reality is that no person can remain in society’s good graces for that long. And—here’s hoping—we’re going to realize just how long this album has been in our cultural eye.

In the meantime, the Grammys are going to work to seem relevant and current. But no amount of make-up can hide the strain and the crow’s feet when a signal light as bright as Beyoncé is shining on them—forcing us to face up to the very existential questions that the awards would rather we not consider.

Ultimately, the Grammys, despite the criticism, are too big to fail. But a retooling of the show from crone to tastemaker—whether it’s as simple as adjusting the deadline for nominations—is badly needed. Taylor Swift’s beloved album 1989 and U2’s beloved-by-Rolling–Stone album Songs of Innocence are among the noteworthy records who missed this year’s cut (though singles released before Sept. 30 will be acknowledged.) And then of course, that positions Swift, next year, to take her own turn for an over-long victory lap at the 2016 Grammys, shunting aside whatever artists people are actually listening to in 2015, all so they can be the last in line to crown T-Swift with a best album nod.

These could be the awards that change all that, though. Beyoncé: Superstar. Mother. Feminist icon. Queen. And herald of a new age for the Grammys? One hopes.