Can the Royal Winnipeg Ballet get past its #MeToo moment? 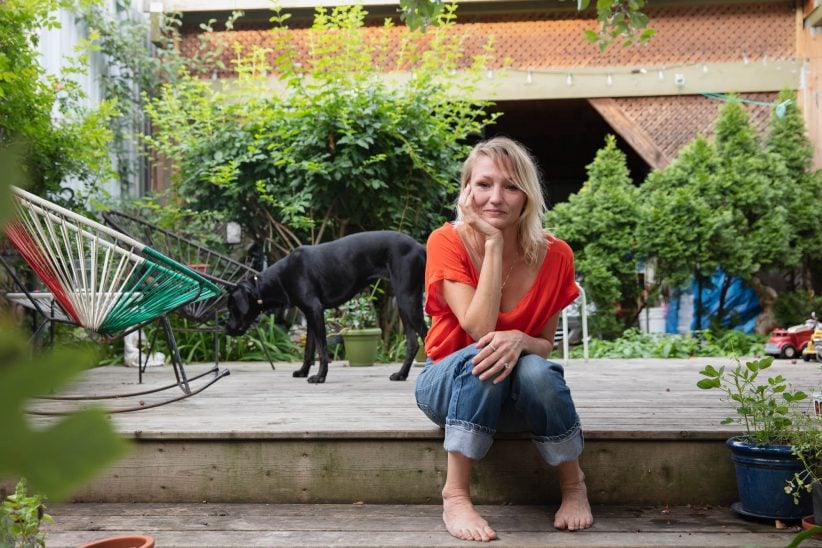 Sarah Doucet, one of the lead plaintiffs in the Royal Winnipeg Ballet class action, at her home in Toronto (Photograph by Raina+Wilson)

In 2015, before sexual assault complaints against American film producer Harvey Weinstein gave rise to an avalanche of #MeToo revelations, a flood of allegations from underage dancers surfaced against an instructor at Canada’s most prestigious ballet company.

The dancers allege Bruce Monk, a revered teacher and photographer with the Royal Winnipeg Ballet pressured them to pose half-clothed or nude for photos between 1984 and 2015. Their stories form an eerie pattern; in a statement of claim, the dancers say they were lured to a private location ostensibly for portfolio head shots and repeatedly urged to lower the straps of their leotards, which they were told interfered with the ‘neckline’ of the photos, until their breasts, or in some cases more, were bared. The dancers claim promises to keep the photos private were broken and some of the images were discovered for sale online. Monk, in his statement of defence, denies all the allegations, which have not proven in court. (Neither he nor his lawyer responded to requests for comment.)

Just as legions of movie stars remained silent for years about their treatment at the hands of Weinstein, the dancers kept quiet about their experiences at the ballet. But the day came when Serena McCarroll, a former dancer broke her silence and she and a few others shared their stories with the police—and with Maclean’s. When the ensuing police investigation ended in 2016 with no charges, they sued. Today more than 60 former RWB dancers, now adult women, have joined a class-action lawsuit that was certified in July and is seeking $75 million in damages from Monk and the ballet company.

READ MORE: Scandal at the ballet

Margaret Waddell, the lawyer for the dancers, says the suit does not allege any criminal wrongdoing. Waddell describes the amount being sought as a placeholder, near the high end, but still reasonable, and is enough to cover damages which vary from dancer to dancer. She doesn’t expect Monk has much money, but the school is amply insured to cover the claims, she says. “This shouldn’t have an impact on the school’s operational finances at all.”

In its statement of defence, the ballet denies any “improper” photos were taken of minors and says the dancers consented to photographs being taken and used. It also said there was no breach of duty to its students, adding that, if Monk did sell photos, he acted outside his mandate as a school employee without the school’s knowledge.

Monk’s statement of defence denies that he acted inappropriately, in particular denying that he took photos of the lead plaintiff with her torso naked. He also denies redistributing or selling photos of the dancers “without their knowledge or consent.”

The lawsuit is one in a series of such claims—both pre- and post-Weinstein—that have forced self-examination within Canada’s most venerated cultural institutions. Allegations of inappropriate behavior caused the resignation of men at the head of the Toronto Symphony Orchestra and Soulpepper Theatre Company. The Montreal Symphony Orchestra has commissioned an investigation following sexual harassment complaints against its former artistic director, while Edmonton’s Citadel Theatre issued a blanket apology to artists or staff, citing unspecified complaints of harassment and bullying.

RELATED: Kristin Raworth: #MeToo can become a ‘journey to change’

To Sarah Doucet, one of two lead plaintiffs in the Royal Winnipeg Ballet suit, the domino effect that followed the Weinstein story came as no huge surprise. Abuse is rife in environments like the arts and sports where men at the top hold power over women who are single-mindedly devoted to their craft, she says. “You don’t question the people who are there to take care of you. You do whatever it takes.”

Doucet, now 46, says she was pressured to remove her top during a photoshoot with Monk as a teenage student at the school, an allegation Monk denies. Today, Doucet presents as an upbeat person but says the betrayal had a lasting impact on her psyche. When she got involved in the case, the memories rushed back. “I sound like this now,” she says, “but I went through years of therapy.”

McCarroll, who was extremely shy as a girl, says she rebuffed Monk’s repeated demands to drop her arms and uncover her breasts during her photo shoot, but says the encounter eroded her trust in men. And her ensuing efforts to expose Monk’s alleged behaviour to prevent him from exploiting other girls and young women “took over my life,” she adds.

McCarroll says other teachers at the school were aware Monk was taking nude photos of students. And the situation was blurred because some of the students “were fine with it.” “Someone should have told him, ‘you can’t have students as your models.’ There’s too much pressure.”

Waddell says she has no doubt some women at the school may have been willing to model nude for photographs but that’s not what her case is about. None of the plaintiffs in the class action suit agreed to pose nude or have their images sold online. “Our case is about students in a fiduciary relationship with teachers, with inequality of bargaining power.”

Jooyoung Lee, a University of Toronto sociology professor who lectures about the #MeToo movement, does not believe instances of harassment and abuse are more prevalent in the arts than in any other industry. “If anything, the #MeToo movement has shown us that this problem is pretty ubiquitous.”

Still, it may be easier for powerful men in the areas of dance, modeling and acting where women are judged on their looks and where nudity is sometimes part of the profession, to justify abusive behaviour on creative grounds, Lee said.

A statement from Taralee Turner, the ballet’s chief operation officer, notes Monk was fired after an internal investigation. And while Turner wouldn’t go into detail about the school’s new policies to protect students, she said they were developed with guidance from the Canadian Centre for Child Protection. “We have implemented a clear reporting process for any concerns or incidents that students or staff may have,” the statement said, “and a team of student care counsellors is always available to the students.”