A diamond-encrusted ode to the splendour of imperial Russia

There are few jewellers who are recognized around the world solely by their surname. Tiffany is one, as is Cartier and Bulgari. Yet the name that towers above them all, on a diamond-encrusted plinth, is Carl Fabergé. From June 14 to Oct. 5, more than 240 of his exquisite creations will be on exhibition, Fabulous Fabergé: Jeweller to the Czars, at the  Montreal Museum of Fine Arts.

Fabergé, born to a Huguenot jeweller in Russia, created extraordinary confections, be they an entire farm complete with animals carved out of stone, or priceless tiaras or a famous series of ingenious imperial eggs, many with hidden surprises, given by the imperial family at Easter. Soon, his reputation for creating the impossible had generated clients around the world, for whom money was no object. As the MMFA press release states, “In  the  hands  of  Fabergé’s  craftsmen  even  the  most  ordinary  objects  took  on  an unequalled  aesthetic refinement. To  achieve  this  level  of  excellence,  no  effort‚financial, material or human—was spared.”

The end came, of course, with the Russian Revolution. Fabergé fled, dying in 1920. While some of his creations were destroyed, deemed too decadent by fervent Communists, many flooded onto Western art markets. And in 1931, Lillian Thomas Pratt, the wife of a General Motors executive, started snapping up some of the best objects she could find. In the end her collection would include some of the best examples of Fabergé’s work, including five imperial Easter eggs (four of which are in Montreal). After her death in 1947, her Fabergé collection was donated to the Virginia Museum of Fine Arts.

And now, Canadians can get a glimpse into the long-forgotten world of opulence and splendour that was imperial Russia. 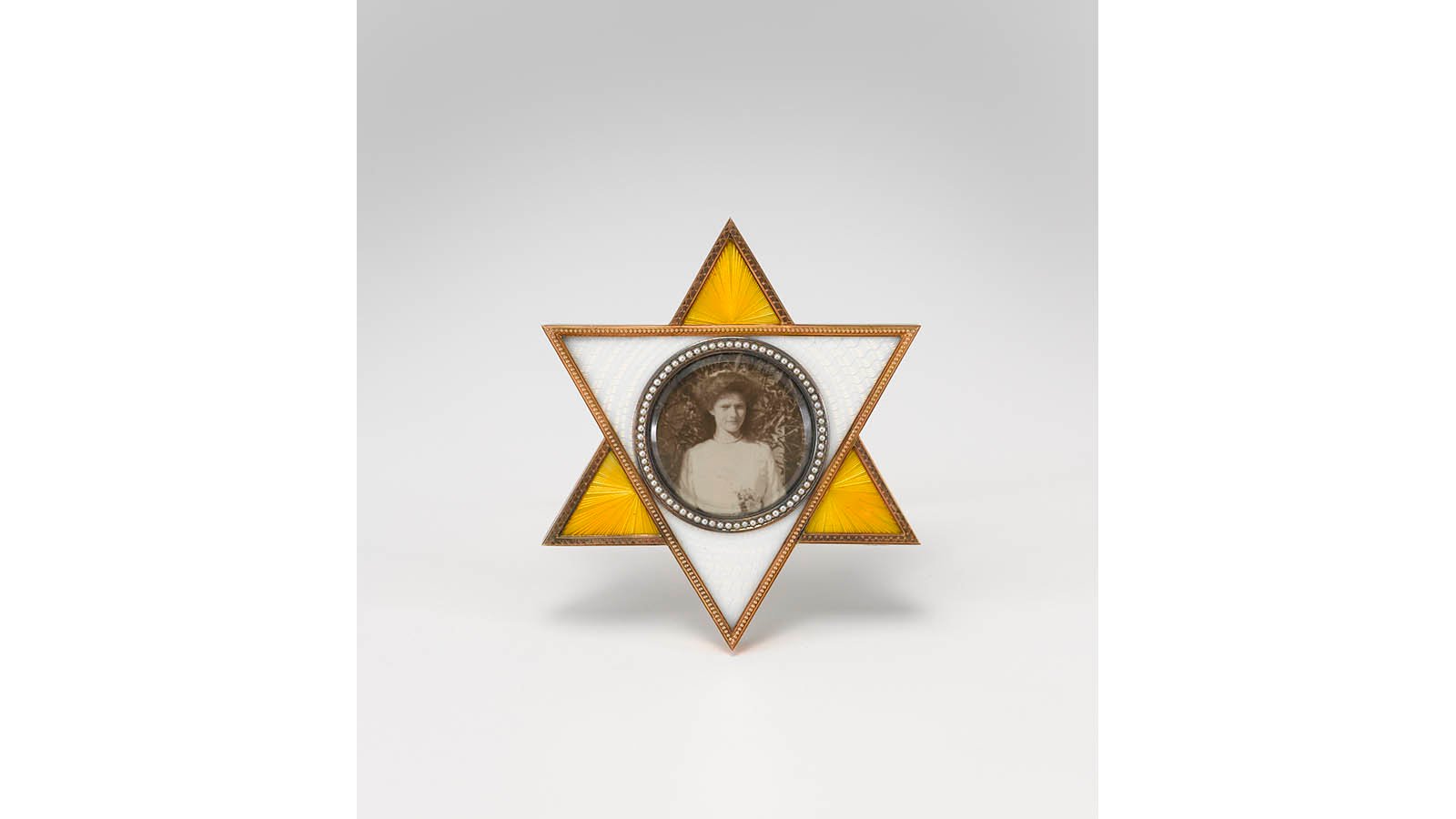 The last piece in the exhibition in Montreal is perhaps the most poignant. The frame, which contains an original photograph of Grand Duchess Tatiana, was found among the belongings of the imperial family after they were killed in Ekaterinburg, Russia by the Bolsheviks in 1918.
Gold, enamel, pearls, glass, ivory
Marks: Fabergé, initials of workmaster Mikhail Perkhin, assay mark of St. Petersburg before 1899
PROVENANCE: Acquired jointly by Tsar Nicholas II and Tsaritsa Alexandra Feodorovna on December 3, 1896 (“Frame, star, with enamel and pearls”), invoiced separately, the empress’s invoice in German, each invoice for 60 rubles Katherine Wetzel/Virginia Museum of Fine Arts, Richmond. Bequest of Lillian Thomas Pratt.