What's an artist to do in the time of coronavirus? One Toronto group is planning an ambitious 19-concert series, starting Friday with Canadian soprano Measha Brueggergosman 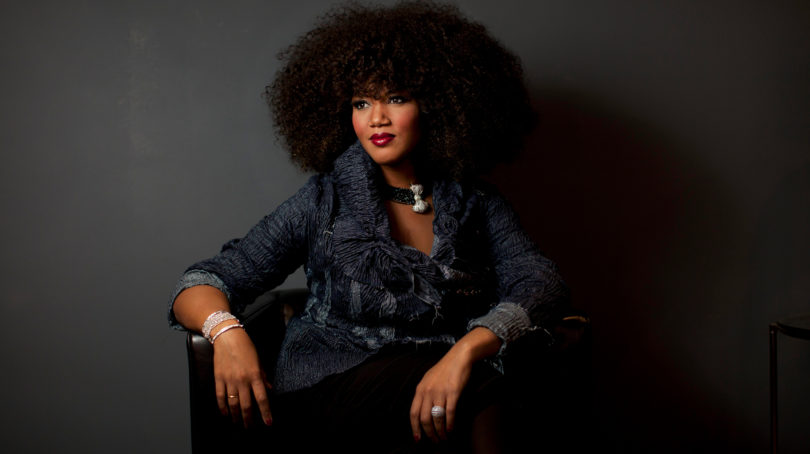 “Urgent circumstances call for urgent creativity,” Mark Marczyk says. A global pandemic brought the circumstances. Marczyk and his associates are applying the creativity.

The first results will be apparent right here at 7 p.m. EDT, when Canadian soprano Measha Brueggergosman performs at the Great Hall on Toronto’s Queen St. W. Of course the Great Hall is closed these days, as people around the world shelter in place. Only a skeleton crew will be on hand to shoot video of Brueggergosman’s performance and the eerily empty venue for the live webcast.

Marczyk is a co-founder of, and violinist in, the Lemon Bucket Orkestra, “Toronto’s original guerilla-folk party-punk massive.” Which means the global collapse of the experience economy hits home, financially and emotionally, for him and most of his friends. Music is about the scene as much as the notes, and while the spontaneous decision by countless musicians around the world to turn on their webcams and sing from their homes is heartening and welcome, Marczyk started to wonder whether it was possible to go a step further. To put a little money in the pockets of Toronto’s creators. To show what’s missing as rooms built to glorify the night go dark. And to document “this bizarre period in history in our city.”

So last weekend he and Tamar Ilana, Jaash Singh and Alexander Bordokas created URGNT, an ad hoc organization for the creation and dissemination of the stuff of life itself, live from the most storied and temporarily abandoned corners of a city under siege.

Concerts will be every two days. The current plan is to have 19 of them, in honour of the virus. The lineup is all over the map, rock, classical, jazz, DJs: Skratch Bastid, Okan, Quique Escamilla, Han Han, Moscow Apartment, Allison Au Quartet, Moskitto Bar, Gryphon Trio, and more.  Venues run from the Dakota Tavern, Lula Lounge, and Drom Taberna all the way up to Koerner Hall, one of the country’s most elegant concert halls.

Measha Brueggergosman is a star soprano whose life over the last year, including heart surgery, has taught her more than a little about resilience. She’s the ideal artist to kick off the series.

For the series to continue, it’ll need two things: an audience and donations. Marczyk and his friends launched a crowdfund page to collect donations. Almost all of the $40,000 budget is designed to pay artists and technical crew $100 each per concert. Including performers, 10 or fewer people will be working each night. They’re taking care to follow public-health directives. And they deserve to make a living. “People need to support this by going to the crowdfunding page,” Marczyk says. “We have incredible community support from media and tech to give us free equipment, but unless we raise the funds necessary to pay our crew even a meagre $100 each, we won’t be able to continue.”

Visit macleans.ca/inconcert to watch Brueggergosman’s performance on March 20 from 7 p.m. to 8 p.m. ET.