Day One of the Cursed Child: Harry Potter and his magic are back!

J.K. Rowling unleashes a play on a fan base hungry for more Hogwarts 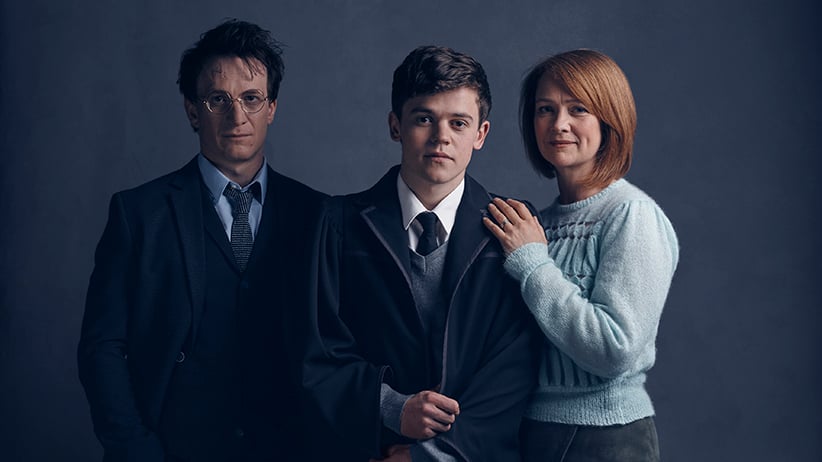 Portraits of Harry Potter, his son Albus, and his wife Ginny, from the cast of J.K. Rowling’s new play, “Harry Potter and the Cursed Child.” (Handout)

“To me, this is more important than my passport,” says Courtney Foxworthy, an American costume design student. Clutched tightly in her hand is the theatrical equivalent of the Golden Snitch: a ticket to the very first preview performance of the first part of Harry Potter and the Cursed Child. Three-and-a-half hours before the play began, she’d claimed the very first spot in queue at the Palace Theatre in London’s West End, along with friend Kelsey Nichols from the U.S. and Maria Stroem from Norway. “Everyone is incredibly envious,” says Nichols.

Like so many thousands of Harry Potter fans around the world, they got up impossibly early on Oct. 28 to join in an online quest for tickets on the first day they went on sale.  They grew up reading about the adventures of the Boy Who Lived. Indeed, Stroem credits the books with teaching her to read English. Now, five years after the last Harry Potter movie was released, and nine years since J.K. Rowling finished her seven-part series, the magical world of Hogwarts School of Witchcraft and Wizardry is back. 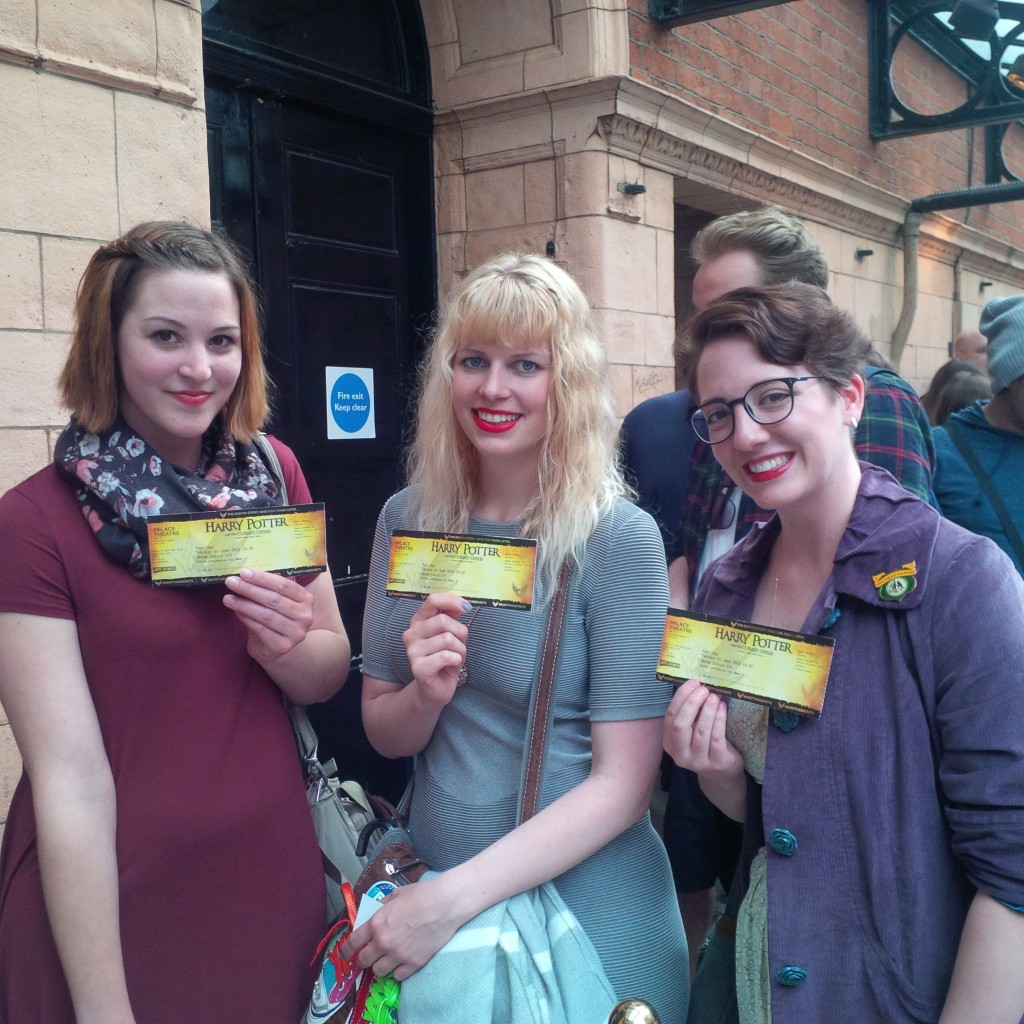 Golden-ticket holders: (from left) Courtney Foxworthy, Maria Stroem and Kelsey Nichols with tickets for Part I of Harry Potter and the Cursed Child, at the Palace Theatre in London (Photo by Patricia Treble)

Except no one is exactly sure what spells Rowling will unleash this time. The plot is a closely guarded secret. All she’s revealed is that it takes place 19 years in the future (where the last book ended), involves Harry’s younger son, Albus, and that the author is treating it as book eight. (After the cliffhanger ending to part one of the play—which had the audience gasping in shock—everyone is handed a pin with the hashtag #KeepTheSecret.)

A bit further down the queue is Livia Caruso, from the London neighbourhood of Ealing, who lucked into tickets. Last fall, she signed up for the wish list, just in case someone returned tickets, and in April, she got an email offer. She paid just $84 for two tickets. “I’m a huge Harry Potter fan,” she says, “but I didn’t realize how big it would be.” She gave the second ticket to her dad, who not only has read all the books but proudly wears a Hogwarts T-shirt to complement her Harry Potter jean jacket.

A sizable contingent of American and Canadian fans are among those waiting to get past stringent security, including bag inspections and surveillance of the audience for any hint of a recording device. “Everyone hates us,” says Stephanie LaJeunesse of Las Vegas, describing the envious response among her acquaintances. She and her friends Jessica VanBuren and Kelsie Kulkin were already planning a trip to England when word broke last year of a play in the offing. After getting tickets, they built their vacation around the play.

For VanBuren, the story is more than just a series of books. She began reading them in Grade 4. She’d just moved to Pahrump, Nev., and had no friends. “I had Harry Potter,” she recalls. “It was the first time I realized books could be magic.”  She and LaJeunesse bonded, in part over Harry Potter, then together they bugged Kulkin until she finally read them in Grade 12. 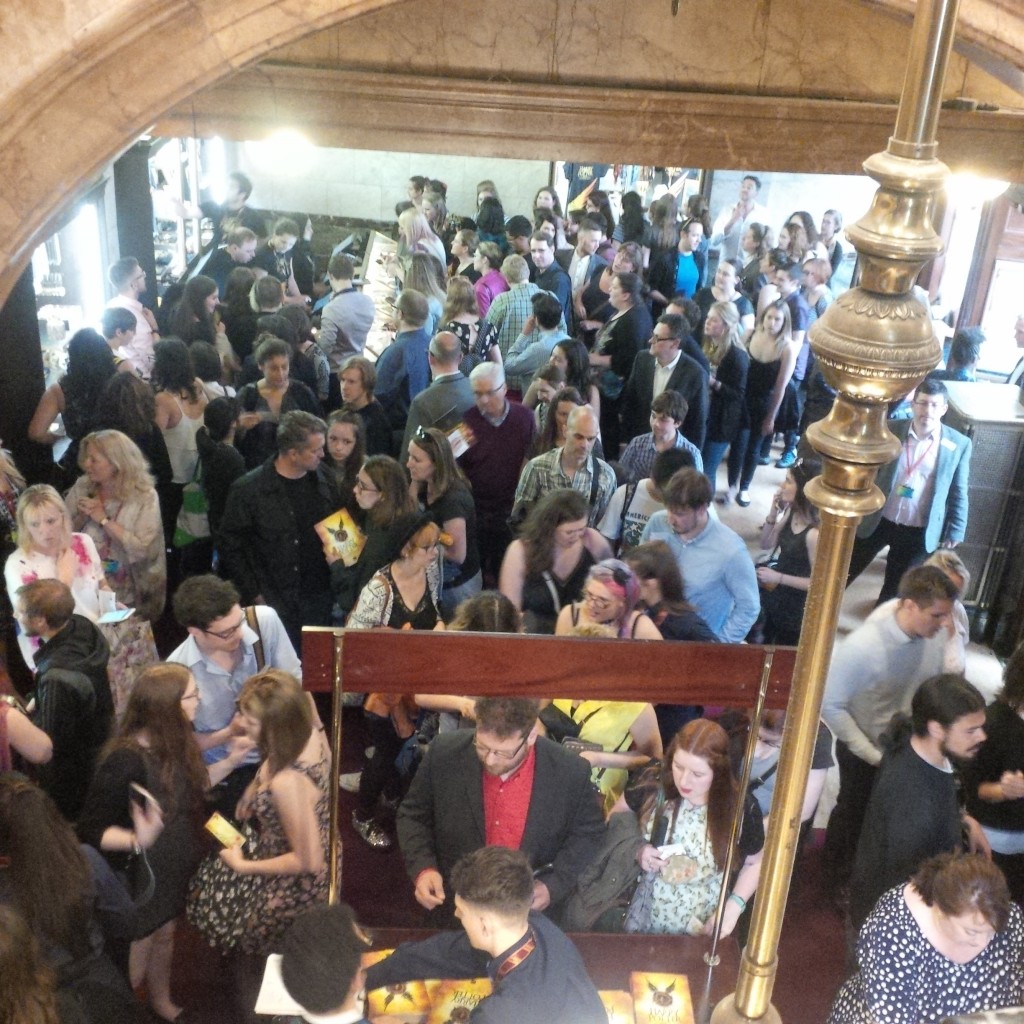 If there is such a thing as magic, then it was in the Palace Theatre on June 7. After jamming the lobby, buying everything from bookmarks to T-shirts, theatregoers chatted with those around them as if they were family. And in a sense, they were: It’s a community of hundreds of millions, who all share custody of Harry Potter, Hermione Granger and Ron Weasley. There is a little girl with a lightning-bolt scar inked onto her forehead with a pen, a grandmother wearing Gryffindor robes, and enough Hogwarts scarves and pins to outfit a Quidditch team.

And if that wasn’t enough, then consider the two two teenagers who sat beside me on the mezzanine. While I’d queued online for tickets on Oct. 28, they entered the wish-list draw earlier this year and scored two tickets this spring. Matt, 19, and Nathan, 16, are from Victoria. Their last name is the same as mine: Treble. It’s an ancient Celtic surname, but a rare one shared with perhaps a bit more than a hundred people in the world. We must be related, though we’ve no clue how.

The odds must be astronomical. Yet, no one is really that surprised. “It must be something about Harry Potter,” says Matt. Indeed.