Why the Junos need to recapture Canadian music's weirdness

Music in Canada—our disparate, wide land mass—can be defined by its innovative oddness. So why don't the Juno Awards reflect that? 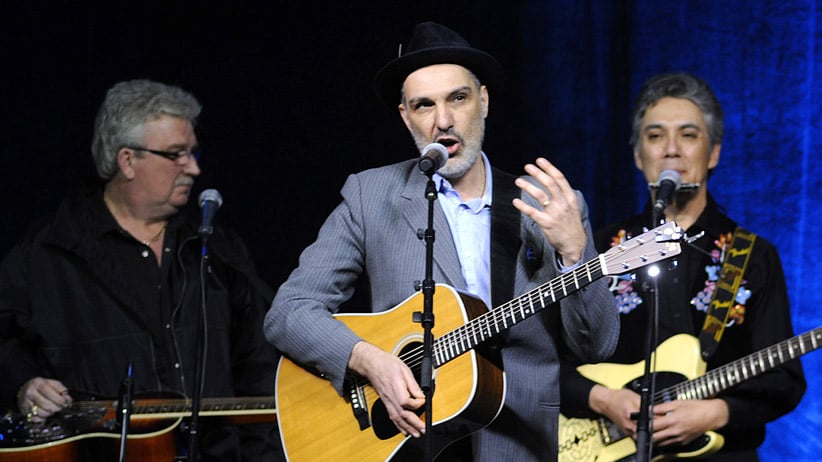 Dave Bidini, the lead singer of the now-defunct, boundary-pushing Rheostatics and the frontman of the still-at-it Bidiniband, has always been a bit of an odd duck within Canadian music. Just how weird became clear to him during a Rheostatics performance years ago in Melville, Sask., a small town of a few thousand, at a bar with a wall festooned with framed photos of past performers. “They were all these strange misfit Prairie bands,” he said, from a gold-haired new wave band to a massive muscleman who covered his body with drum pads while playing the keytar as a one-man show. “I remember staring at them, and then realizing that we were also a misfit band—we were this itinerant band heading out across the country. And rather than that lineage of those handful of bands that become commercially popular in a mainstream sense, I realized the real spine of art and music in Canada is all the other bands.

“Those are the bands I’ve always felt closest to. I can’t relate to Bryan Adams, I can’t relate to Alanis Morissette—they’re their own realities, they’re definitely not the realities of the bands that I’ve ever forged a bond with. I think once you embrace that [weirdness], it’s easier to be comfortable being an artist in Canada.”

That’s the weirdness that, in many ways, defines Canadian music. Sure, we have our superstars, and what country doesn’t—Shania Twain, Celine Dion, Nickelback, Anne Murray, et al.—but the thing that separates us is the oddness. We may not be defined by a genre that is uniquely ours, or have a through-line tradition of even a specific kind of sound, but what is ours is the way that many of our artists innovate and jostle within the genres themselves: k.d. lang’s oddball attitude, Tanya Tagaq’s beautiful throat-singing, Mac DeMarco’s slacker jazz. That’s in part a product of Canada’s sheer size, and the fact that we are so close to the United States, says Marie LeBlanc Flanagan, founder of Weird Canada, a blog that sets out to document the immense range of creative expression across Canada. “We are vast and disparate, and we find ourselves having to shout louder,” she said. “It’s the cabin fever and the loneliness—I don’t think you can underestimate how vast this country is, it’s totally overwhelming, and the lines are so big that sometimes it can feel like, ‘Is there a shared identity here at all?’ ”

Related: How to fix the Juno Awards

The Juno Awards, of course, won’t reflect any of our unique strangeness. Not that it ever did: Though the Junos were named after Pierre Juneau, who as the first president of the Canadian Radio-television and Telecommunications Commission was a champion of Canadian content regulations—and the Canadian Academy of Recording Arts and Sciences’ mandate is to “promote and celebrate Canadian music and artists”—the awards have historically been a celebration of what is commercially successful. (The Album of the Year nominees are determined by album sales.) This year’s iteration looks to be a celebration of glossy EDM-driven songbird Kiesza, and pop-rock fun.-flecked anthem purveyors Hedley, and Nickelback (no descriptor needed). Not an oddball in sight.

So Bidini is taking things into his own hands. He and three other Canadian musicians will be hosting Hoserpalooza, billed as an “un-Juno” clip-show event at Toronto’s Royal Theatre on Wednesday, to showcase that “strange, coming-of-age music that had to exist in the ’70s and ’80s and into the ’90s in order for us to get to where we are.” But the animating sentiment for Bidini’s night highlights the way that the Junos have been raging against the dying of the light for a number of a years.

In fact, this year is as good an example as any to show just how poorly Canadian music’s big night is reflecting the music it’s supposed to be showcasing. Tagaq, for instance, has been one of the best stories in the country’s music scene, winning the Polaris Prize for her stunning album Animism, a record that was both essentially her and essentially Canadian; DeMarco contributed his slacker-rock record Salad Days; Owen Pallett released a critically adored album. They’re all reflective of the kind of essential weirdness that has come to define much of Canadian music these days, and yet at Canadian music’s biggest showcase, they will be hardly represented: Tagaq’s nominations have been sidelined into genre-specific categories, DeMarco is nominated only in the “breakthrough artist” field, Pallett will receive nothing, and none of them will be performing (according to a tentative list at press time). Rather than reflect the broad, odd diversity of Canada’s sounds, the Junos are paving them over and putting up a bland parking lot.

“Canadian culture is all about nuance,” said Flanagan. “It’s all about secret weirdness and basements and attics and garages. And we have this incredibly rich, fertile experimental music and history and culture that just isn’t really seen—it’s always just bubbling up under the edges.”

Granted, Canadian music has come a long way. Bidini acknowledges that’s the case: “Everybody wanted music in Canada to mirror what was happening in America or in England, because we had these two colonial influences pressing down upon us. I think residue from that time still exists, and unfortunately it still is a presence of culture in Canada where we do turn outside our borders instead of looking inwards,” he said. “But over the course of 35 years, we’ve come so far.”

Just how much the Junos must be our national showcase is a question unto itself. Still, the Junos still feel like an inadequate reflection of what quintessentially makes Canadian music special. After all, it’s been just two years since k.d. lang was inducted into the Canadian Music Hall of Fame at the 2013 Junos, where she shouted out the “quirkmeister that is inside all of us” and made it clear she was a product of her country. “I think the fact that I’m standing here receiving this award says more about Canada than it does about me,” she said at the time, “because only in Canada could there be such a freak as k.d. lang receiving this award.”

“With their massive platform, it’s the Junos’ responsibility,” said Bidini. “They should try to be a little bit truer.”

The Juno Awards take place on Sunday, March 15, on CTV. Maclean’s will be in Hamilton—stay tuned for a recap of the night.