Her name is Arnaktauyok: A Q&A with a leading Inuit artist

Acclaimed Inuit artist Germaine Arnaktauyok talks about her life, including her own experience in residential schools, and a new book on her art and times

The prints and etchings of Germaine Arnaktauyok, 68, are among the most distinctive of any Inuit artist. A new book, My Name is Arnaktauyok: The Life and Art of Germaine Arnaktauyok, combines many of those refined images with her biography. Arnaktauyok’s story includes years in residential schools, the dark subject of the Truth and Reconciliation Commission of Canada‘s final report, which is scheduled to be released on June 2. She spoke with Maclean’s from her home in Yellowknife.

In your book you describe living in the traditional Inuit way in your early childhood on the Melville Peninsula. Is your art rooted in those early memories?

I don’t think so. Somehow I always liked art. I liked to sew, stuff like that. Somehow it just seems to be planted in my head.

Your prints often draw on Inuit legends, though. Do you have memories of hearing those stories as a little girl?

My father did tell me stories. Thunder and lightning is one I remember. The West. I don’t remember every detail, because we’d always end up sleeping. We never knew what the ending was!

Did your family live off the land?

That’s exactly how we lived. If the weather was good, my father was out with his dogs.

What did he hunt?

It was mostly seals, and then he had to go further inland to look for caribous.

You went away to residential school in Chesterfield Inlet when you were nine. How would you describe that experience?

The problem is I have trouble remembering those years when I was very young. I don’t know why, maybe something happened to me.

In your book, you describe it as “pretty harsh,” including being told not speak Inuktitut. But you also write about being introduced to painting there. How did that come about?

There was a nun who was, I think, more open. She knew how to play guitar. She liked to paint. She chose four of us to take oil painting every Sunday, and that’s what we did. 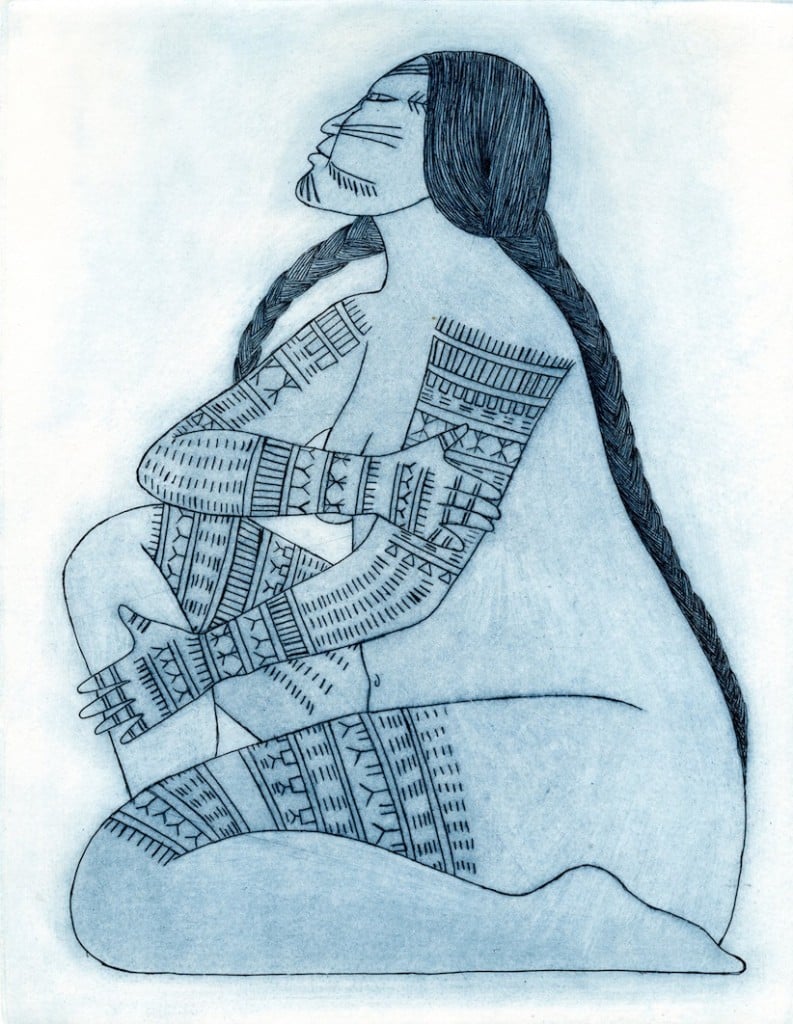 Did you show early promise, do you think?

Art is easy for me to do. I don’t know why. For some reason I found it easy to get my imagination going.

How long were you at the Chesterfield Inlet school?

Did you go home for summers?

Every summer. My parents were still living in a camp. So I would go back there.

So you kept a close connection with your family.

Yes, when I was little. Eventually, there was no bond anymore.

I never went back after that when I was old enough. It was like I became a stranger. It got strained. For some reason, my parents never stopped me.

This would have been after you moved on to high school in Churchill, up in northern Manitoba. By then, did you know you wanted to be artist?

No. I didn’t even know what an artist was. I just kept doing drawing. I never looked at it as my future. Kind of going along I guess.

In your book, you mention that a visiting Winnipeg art professor, George Swinton, saw your work. Was that the turning point?

I didn’t meet him when he was in Churchill. He passed away a few years ago now. Very good man. Somebody thought I had potential so I said, Okay. So I moved to Winnipeg. That’s when I started taking drawing at the University of Manitoba every Saturday. And that’s how I started.

So was that when you started to think of yourself as an artist?

No. Two more years. I went full-time for two years in school. In second year my professor in painting, he was talking to me in his office, and he said I could make it. Maybe that’s when I starting thinking, “Maybe I’ll do art work.”

You developed a very distinctive, polished style. How did that come about?

Well, after going to school in the south, when I moved to Iqaluit to work, I remember looking at carvings. They are flowing—nice flowy lines to them. I think that’s where the line in my art came from.

Even though you have your own memories of traditional life and old stories, you are known for your meticulous research. I’ve read you’ve relied on illustrations from the explorer Knud Rasmussen’s journals. How does research fit with your work as an artist?

I do look for old photographs and stories.

I like your etchings of different types of traditional kayaks, the women’s knives called uluit, and old ivory combs. What is it that draws your eye to these objects?

Well, with those, the uluit or combs, I think I was trying to use different ones from different regions to show people that there were little groups of Inuit that had their own styles. Also, I was using it for design. I play around.

You’ve done prints of women adorned with the tattoos that were traditional for Inuit in the old days. Do you remember seeing these tattoos, or are you relying on archival images?

I knew one old lady when I was very young. That’s the only memory I have of a person with a tattoo. The rest I researched—you know, how much would they tattoo their body parts. I do a lot of research.

Those tattoo designs are a lost thing, I guess.

A few young ladies actually have tattoos on their faces now. They’re modern tattoos, but the way it was supposed to be done.

You’ve often depicted legends. Are these stories alive in your imagination, or is your goal to set them down for future generations?

When somebody is talking about the old legends, it’s like watching a movie to me. I see stuff like that in my mind. And I can picture things right away.

Do you feel more connected to the old Inuit ways that you record or to the modern art world where you were trained and have had such success?

Could I ask again about the residential schools era. That’s part of your own story. How do you see it more broadly?

You know, some children had terrible times, so much abuse going on. We had to overcome that. It’s part of our life now. You can’t dismiss it, but it’s a trail of your living. We all have a trail. Whatever happens, maybe we can use that as part of our growing up.