With her Juno win, Kiesza becomes a Canadian star

The Junos' Breakthrough Artist of the Year discusses her prize, her platform, and why she owes her career to the LGBT community 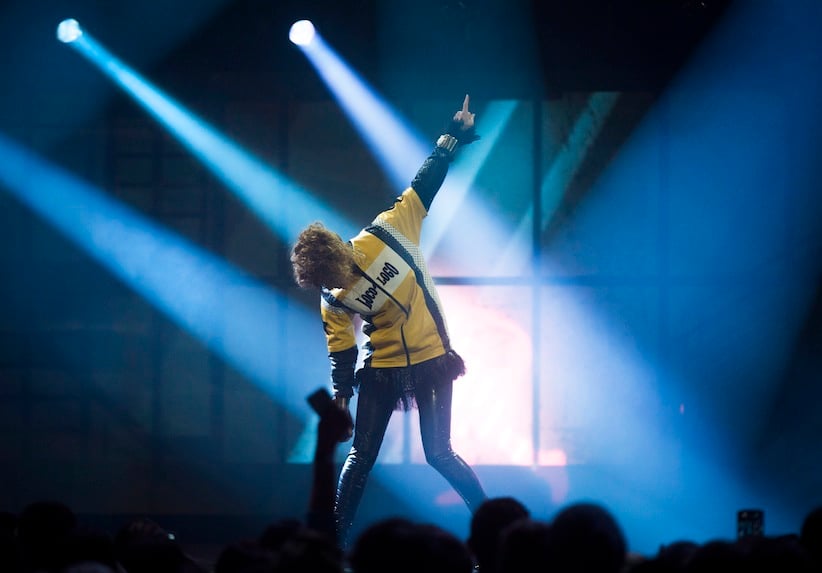 For all the criticism the Junos have received for failing to truly showcase Canada’s musical diversity—a criticism that Maclean’s has itself levied—the Canadian Academy of Recording Arts and Sciences has proven fairly forward-thinking in regards to electronic dance music (EDM). They recognized deadmau5, who played tonight, before he became a massive star, helping to show it has come a long way from the darkness of the after-hours club; it’s actually been spot-on in recognizing some of our country’s best and unique talents in the field, from the slinky music of Grimes to the woozy beats of Ryan Hemsworth; this year, they even recognized Richie Hawtin, a Canadian-raised veteran of the techno scene. “The Junos have been always fostering electronic music, and now you’re seeing globally, electronic music has really catapulted itself to the top of billboards everywhere,” said Glenn Morrison, a Juno-nominated EDM DJ.

And so it was then, in 2015, that Kiesza—a homegrown star we actually came late to—became Canada’s next truly big thing. The flame-haired songbird whose sweet vocals soar over her breakout track Hideaway—the pop confection that was one of the songs of the summer—is riding that exuberant EDM wave, winning the 2015 Juno award for Breakthrough Artist of the Year (Morrison himself was one of the five nominees up for the prize). She also conquered Saturday night’s non-televised gala, where she took home the prize for best dance recording, while Hideaway won best video, which is a fair description.

Here’s what the Calgary-born musician had to say from the Juno press room:

Q: You’ve made such a huge impact not just in Canada but across the world. How do you feel about that kind of crazy impact you’ve made, and what’s next?

I was in complete shock when Hideaway started blowing up because I only expected my Facebook friends to see the video. (Laughs) It’s been such an amazing year, and so unexpected at the same time, I’m just extremely grateful—it’s been a surreal experience. There’s a lot coming up—I just released the album, so there’s a lot more videos coming out from that, I’m touring the world still until the end of May, I’m doing a lot of festivals and I’m starting work on my second album and you’ll start seeing a few features with other artists coming out. You never know what to expect of me, I have a lot of wild ideas, but there will definitely be a lot to come.

Q: You’ve been inspired by so many of these powerful ’90s vocalists. What advice would you give to inspired by you?

I’d tell them to take what I do and take it to another level. I think that’s what we get from other artists—we get to learn from them, they have a wealth of knowledge at our disposal. As an artist, I feel so fortunate to be able to learn from all these great musicians that came before me, when some people have nobody that came before them. I believe that anyone can be what they want to be, it just comes down to hard work. And I really believe in people just doing the best they can possibly do, and of course I’m never going to stop trying my hardest, I’m never going to stop progressing at what I do, but I hope to inspire someone to even take it further one day. And don’t be afraid to be yourself, because that’s what people connect with. You learn from other artists, you mimic them as you’re learning, and suddenly you have your own tools and then you have your own voice with it. So, yeah—don’t be afraid of your own voice.

Q: What’s it like to have the kind of platform you have, internationally?

Well, I blew up internationally first, so it’s really sort of an incredible experience to have a whole world—it’s incredible but it’s also terrifying at the same time, when you go from being absolutely invisible to having the whole world looking at you.

Q: What’s it been like to be representing Canadian music on the international stage?

I’m just really happy for Canada. Not just myself, but I think we have a lot of Canadians who are taking over right now. It’s really exciting; it’s an exciting year. I remember I went to L.A., and someone said, ‘Oh, you’re Canadian? Canadians are really cool in L.A.’—it’s like we’re in fashion. But it’s not: We’re really hard workers, we’re really friendly people, we’re overly polite. I love Canadians. I think we make an impact around the world just when people meet us, and whenever I meet another Canadian, I see it as well. I’m really proud of my country and I’m just proud to be part of this movement internationally. And of course we’ve had amazing people before us—it’s not like for the first time Canada’s taking over the world, but it feels great.

Q: Have you ever considered the possibility of doing some acting in the future?

Oh, I would love to! My brother, as you probably all know, filmed Hideaway, but he’s been into film ever since we were kids, so I was more or less the star of all of his childhood films, so I’ve been in front of the camera my entire life.  I’ve thinking of also writing a movie myself that’s a musical, but that’s a kind of long-term project.

Q: I’ll make mine very very fast—my 12-year-old son just came out of the closet on Tuesday and we’re so proud of him, and he said the turning point was listening to Giant In My Heart. So I just want to ask a little bit about your support of the gay and lesbian community, especially being a Canadian on the international stage.

I probably wouldn’t be here today if it wasn’t for the gay community supporting me. I wouldn’t be the artist I was today if it wasn’t for that because that was the only community that let me try, let me perform without knowing who I was. I couldn’t—with no draw, no fan base, I wasn’t allowed to perform in most venues because they wanted a guarantee, but the gay community would open their doors to me and say, ‘come in and perform, try it out.’ And I was able to grow as a performer. I owe a lot to that community, and they’re one of my biggest fan bases and I’m a huge supporter and I always will be. Tell your son congratulations, and I fully support him.