Pianist, singer and songwriter Laila Biali on life, death and starting over 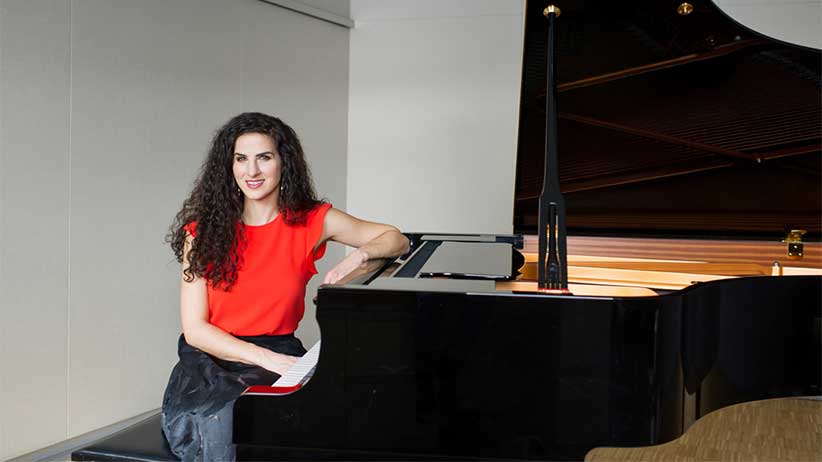 You can have a tidy career in music without risking a personal statement. But the greatest rewards are reserved for the few who take that risk.

Laila Biali has had a solid career as a pianist and singer. She was a rising star in Toronto jazz circles after she graduated from Humber College in 2002. She moved to New York City, as musicians often do. She performed with Paula Cole and Suzanne Vega, worked the odd club gig as a headliner. She struggled to pay bills, and was about to give up and move back home to Vancouver when Sting hired her as a backup singer for a DVD and tour. That helped a lot. As a bandleader, she favours sweet clear vocals and confident piano. Her recordings of jazz standards and covers of tunes by Feist, Joni Mitchell, Billy Joel and others are lovely; in 2010 she was nominated for a Juno.

But all along she was also writing her own songs, deeply personal reflections on love and loss, stylistically so distant from her jazz roots that it took her years to figure out how to play them. On April 14 she’ll release the result of that long effort, her fifth solo album, House of Many Rooms. The next night in Calgary she’ll kick off a 15-city Canadian tour.

House of Many Rooms is a captivating recording, brash and intimate, that backs Biali’s bell-like voice with horns, strings and the Toronto Mass Choir. I’ve long wondered when Biali would release a recording that lives up to her extraordinary potential. This is it.

Writing her own songs was a scary impulse for an instrumentalist who’d never written lyrics and who felt like she should keep her music within “a largely self-imposed ‘jazz box.’ ” Biali had little trouble making songs by other musicians fit within the context of her jazz trio of piano,bass and drums. But her own music didn’t seem to fit that way. It took years of sessions with her husband, drummer Ben Wittman, to find a style that did fit. It’s a sound that’s closer to the music of Sting and Suzanne Vega than to anything Biali grew up playing in Toronto clubs.

The album’s opening track, Shadowlands, features a six-piece horn line on a song that deals with broken romance, ends on a hopeful note (“Lonely nights won’t last / Darkness fades, shadows pass”) and bolts out of the gate like a racehorse.

Some of her lyrics are so personal they’re harrowing. There’s a song called Sparrow, about shaken faith, written for a friend whose twins were stillborn. She wrote another, called Plainclothes Hero, for Tony Clark, who founded Kidney Cancer Canada after he was diagnosed with renal cell carcinoma, as a monument to his courage.

It’s hard to pick a highlight, but maybe it’s the Brazilian-tinged Little Bird. She wrote it on the subway when her son Josh was five months old. She found herself grieving the life she might have had if she hadn’t gotten pregnant. “When I found out I was pregnant, I had just started working with Sting, the greatest opportunity thus far in my professional life.” To add to the complexity, her relationship with Ben had hit a rocky period. So the kid’s timing wasn’t great. “But I realized that Josh’s unexpected arrival actually tied a lot of fragments in my life together. It was almost as though Josh chose us, and forced us to sideline all the arguments.”

Swanlike in her onstage grace, breathtaking in her vocal range, Biali is as compelling as any young singer I know. She’s nervous about the new album and tour. She shouldn’t be. “This work has been incubating and taking shape for years, but it’s just being born into the world, and I feel both vulnerable and impressionable,” she said. “Criticism could easily be received as personal rejection or failure. But I feel it is my duty as an artist to create and share as honestly as I can. That is what I’ve done here. It’s risky, but it’s right.”