Laura Jane Grace: 'People are people. They deserve to be loved.'

The lead singer of veteran punk band Against Me! talks about her transition as a transgender woman 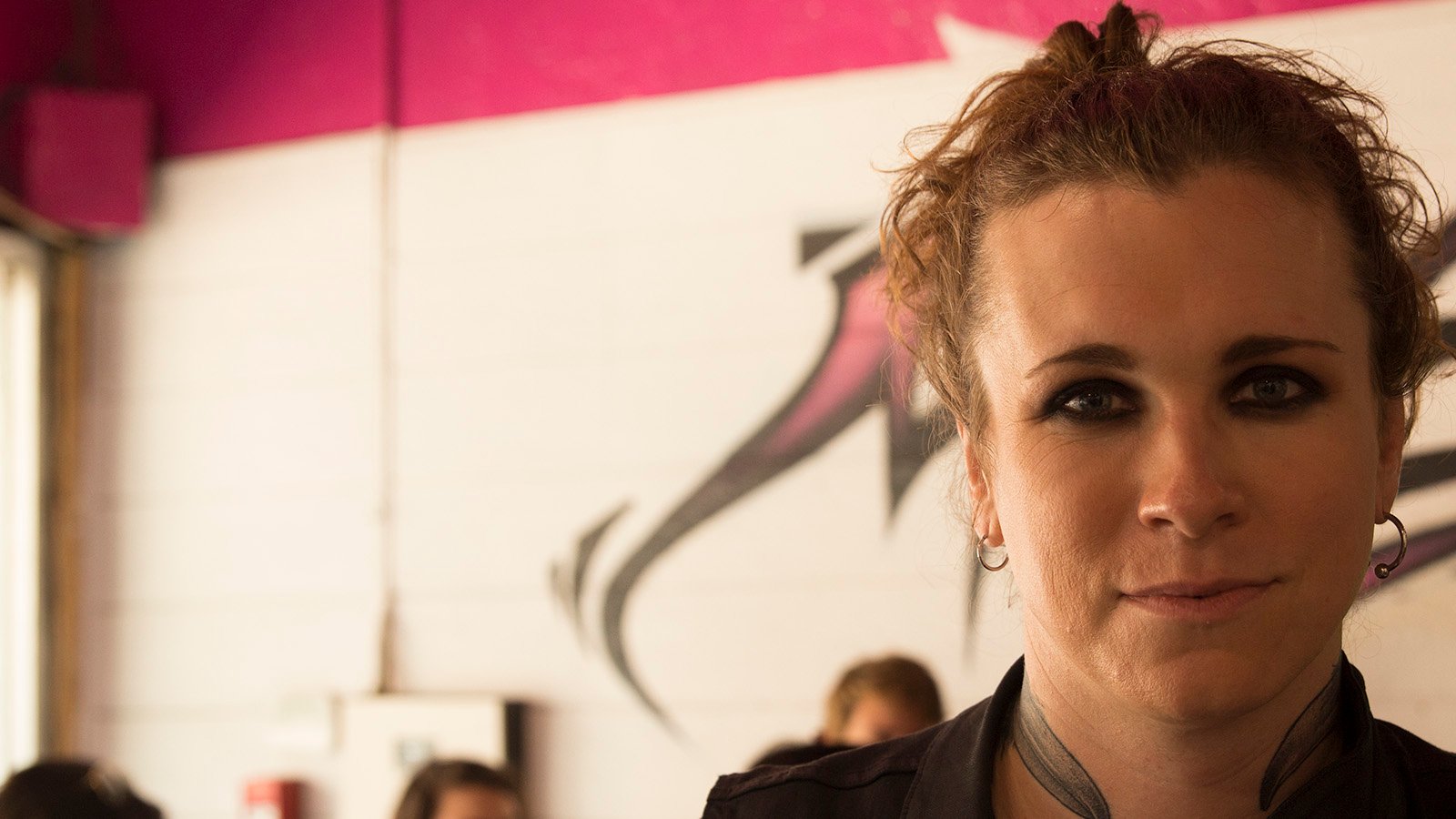 Laura Jane Grace started life as Tom Gabel, the lead singer of Against Me!, one of the most venerated bands in Florida’s rich punk-rock scene. Even while growing up, she knew something felt wrong about whom she saw in the mirror; she would cross-dress at home, fantasize about being Madonna, and feel a powerful gender dysphoria—the feeling of existential dissatisfaction about your sex—even if she didn’t know the word. Later, as the punk-rock star Gabel, she strongly hinted at the idea in a lyric from the song The Ocean: “If I could have chosen, I would have been born a woman / My mother once told me she would have named me Laura / I would grow up to be strong and beautiful like her / One day I’d find an honest man to make my husband.” She even wanted to cross-dress in a music video until the record label nixed the idea.

Eventually, she became so depressed that she decided she had to do something about it. In 2012, the Florida native announced she was beginning the process of transition and coming out as a transgendered woman. Against Me’s latest album, Transgender Dysphoria Blues, was a critical success. “Transitioning was, for me, an issue of life or death,” Grace said. “It was either do this, or kill myself.”

Grace, who was in Toronto for a show at World Pride Week, spoke with Maclean’s over a manicure, where she opened up about telling her daughter about her transition, talked about her brief disillusionment with the punk scene she fell in love with, and gave advice to people who may be undergoing gender dysphoria.

What were the circumstances that led to your coming out as transgendered?

I started playing with this band when I was 17 years old, and we toured 10 months out of the year, 200-plus shows a year and, then, when I was 25, we signed to a major label and took that whole roller-coaster ride. So, for me, my earliest memories are of gender dysphoria, but when you’re young, you don’t even know those words, you know? I probably didn’t even hear about a person transitioning until I was 13 or 14 years old. For a while, you battle back and forth with the idea that, ‘Oh, you know, I can make this feeling go away,’ and being a band, especially, was a great way not to deal with my personal issues, to push that aside. But I definitely reached the point where, when I was 28 or 29, I realized that this is the way I felt when I was four, when I was eight, when I was 15, when I was 20, and that’s going to be how you feel when you’re 40, 50, 60, and it’s time to deal with this stuff. There are a lot of factors that led to that, and everyone’s on their own timeline; there’s no right or wrong time, or anything like that. For me, that was 2012.

What is gender dysphoria?

It’s a feeling of misalignment between the way you feel in your head and the way you realize other people perceive you. And, when you’re young, having not heard any of those words, you don’t understand it, you just recognize it’s there. And it’s not that it’s taught to you, that it’s something to be shameful of, but you’re aware of that, at a really young age. That’s what it was like. I was a miserable person.

What was your biggest fear, going into this transition? Certainly, there’s a great deal of bravery that goes with it.

It’s not really bravery. This isn’t my quote—this is someone else’s—but it’s like running through the woods being chased by a bear, and then you finally get inside this cabin and you slam the door behind you and someone says, “Wow, you’re really brave,” but you’re like, “I was running for my life back there!” That’s something I constantly had to deal with, being just a miserable person.

My relationship with my daughter—that was my biggest fear. You kind of reach this point of abandon, as far as any kind of career thing, where it’s, “Whatever happens be damned, this is what I’m going to do,” and the way people accept that or don’t accept that is out of my control. But the way that people treat my daughter, and the relationship she has with me, that matters.

The pronouns and stuff like that were very easy for her. I think, when it comes down to it, kids just want to know you love them and you’ll be there for them and, after that, it doesn’t matter much.

What was the most surprising thing over the course of this transition? Was there something you expected to happen that didn’t, or vice versa?

The biggest surprise was just how supportive people were. Not that I was expecting the worst, but seeing it was just humbling. And I’ve had the chance to speak to people who are in the process of their transition, and hearing their experiences of where they were and hearing how far they’ve come, that’s mind-blowing. It really keeps things in perspective.

Maybe it’s not brave in your eyes, but what I find particularly bold is the fact that this transition came at a time when Against Me! was taking a lot of heat for signing to a major label. Your tour van’s tires had been slashed. And then you went ahead and announced you were transgender anyway, when that could have been an unpopular thing to do.

In general, that experience was really eye-opening to me, going through the process of signing with a major label and being called a sellout and realizing, “They don’t know the reasons you’re making the decisions you make.” It’s so hypocritical, and so not a part of the scene I want to be a part of. They don’t understand where we’re coming from. And having people throw that in your face as if that’s really important while you’re struggling with something that’s way more real, something that has way more of an effect on you, then the question of, “Can punk rock be on a major label?”—it makes you not care about punk rock in a lot of ways, and see it as really childish.

It’s just survival. You’re trying to survive. I mean, those were the ethics that I got out of punk rock: being autonomous, thinking for yourself, don’t let someone else tell you how to think, don’t follow the herd mentality. And then, when you do that, and people judge you for it, it’s like, “You don’t get it.” I’m thinking for myself, I’m basing my decisions on the world around me and my experiences, and who I know I am.

What advice do you have for people going through gender dysphoria?

The best thing to do is to talk to someone. Even professional help: I saw a psychotherapist early on before I decided to come out, and it didn’t have anything to do with the advice they gave me; it was more to do with verbalizing the way that I felt, and that was the step: talking to somebody, regardless of what they say or how they react, just literally hearing yourself speak the words is so important. And what’s great now with the Internet is that you can live in a really rural place, but there are online communities that can help you or give you advice. It makes a world of difference to know you’re not alone.

When we spoke to Laverne Cox earlier this month, she said that transgender issues are “in the midst of a revolutionary moment.” Is she right? Where will things be in, say, 10 years?

The hope is that people get bored of it: I mean, looking at the civil rights movement, looking at the gay movement and the progress that’s happened there. There are some small-minded people, but there will always be that.

Positive trans stories are being more and more highlighted, and they exist more: As the cover of TIME with Laverne Cox said, it’s definitely a real tipping point. And the hope is that, eventually, people just get that there’s a whole wide world of gender variance and of sexual orientations out there, and that none of that really matters. People are people. They deserve to be loved.