Inspired by 50 Cent, young rappers on the Yucatán Peninsula are rediscovering their Mayan roots—and saving a language 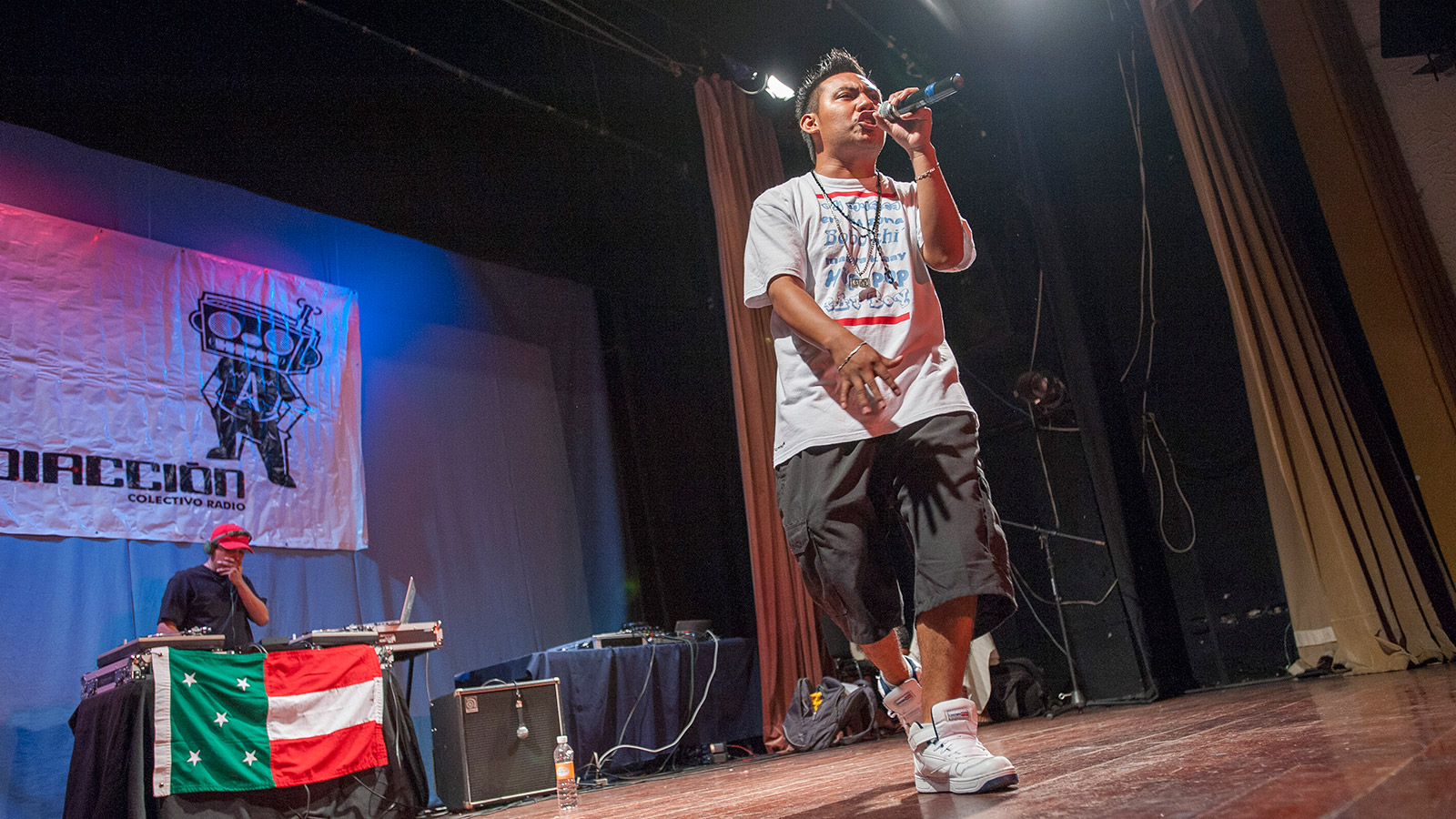 Jesús Pat Chablé looks like any other rapper, with his ball cap, baggy pants and bling. His gift for glossing himself—shouting in Spanish during shows, “Soy Pat Boy!” or, “I’m Pat Boy!” his hip-hop handle­—rivals the onstage grandiosity of his inspirations: 50 Cent, Lil Wayne and Cam’ron. What sets the baby-faced Pat Boy, 22, apart is that he raps in the Mayan language. His lyrics touch on life in the indigenous pueblos of the Yucatán Peninsula. “I love rapping in the Mayan language,” Pat tells an audience during a recent concert on the south side of Mérida, the largest city on the peninsula. “We should be proud, not embarrassed. We built Chichén Itzá,” he says, referring to the ancient Mayan city. “We were great.”

Expressions of pride have been rare among the Maya, who populate pueblos across the peninsula. The Mayan civilization stretched into Central America at its height some 1,200 years ago, only to mysteriously decline. The Maya live less grandly today. Some have emigrated, others now labour in low-paid tourism jobs, catering to and cleaning up after the thousands of Canadians coming to the Riviera Maya.

Underneath Pat Boy’s bluff and bling is a sense of purpose—using rap to resuscitate the Mayan language, which has wasted away as parents stopped teaching it in favour of English and Spanish, and young people avoided speaking it due to embarrassment or bullying, Pat says. A Mayan accent is often associated with small-town poverty, and being indigenous in Mexico can mean facing prejudice. About 750,000 people now speak Maya. “People are a bit timid. Sometimes they’re scared to speak up,” he says. “I’ve spoken with Mayans and sometimes they’re ashamed of their culture.”

Yet rap is gaining a rabid following in the region’s Mayan towns, especially in the “Zona Maya” of Quintana Roo state, between Cancún and the Belize border, where kids are copying Pat Boy and wannabe rappers are switching from Spanish to Maya. “It’s fashionable,” says Alfonso Reyes Pat, who performs in the duo Tihorappers, named for his hometown of Tihosuco—the setting recently for a Mayan-language telenovela, which aired on Quintana Roo state TV. “This is something that’s only getting started.”

The push here to grow the language through rap—and also rock music and theatre—contrasts sharply with the situation for the indigenous Mayan speakers of the Chiapas highlands, whose 1990s Zapatista uprising and enduring isolation has beguiled many European tourists and anti-globalization activists for the past two decades. “We don’t see [globalization] as a threat. We see it as the opposite,” says Manuel Poot Cahun, 25, a graduate student, rock guitarist and coordinator of Sueño Maya (Mayan Dream), a collective of 18 performers, including Pat Boy. “What do you do so that young people are motivated” to speak Maya? he says. “Something that’s trendy, that gets their attention.”

Pat Boy grew up in a Mayan town of 100 thatched-roof homes called José María Pino Suárez. He learned Mayan as a child—and speaks it better than Spanish—but confesses to previously not knowing much about his Mayan roots, except for the pyramids, the Mayan’s prowess in mathematics and astronomy, and the Mayan calendar (which was erroneously interpreted as predicting the end of the world in 2012). “Through rapping in Maya, I better understand my culture,” he says.

Pat discovered rap through a pirated 50 Cent CD, but he gained prominence with a 2009 contest at a community radio station in nearby Felipe Carrillo Puerto, where he wowed the crowd with a Mayan rap. He has since recorded three albums and shot a video, Mayan Blood, set in his hometown. Pat figures there are about 40 rappers following in his footsteps—and people of all ages coming to shows. “Old people like it for the language. Young people like it for the genre.” Even, he adds, if they don’t understand it at first. “The third, fourth or fifth time, it sticks.”