We received emails, phone calls, letters and even a three-page petition asking that Napster the Cat be recognized. Find out why. 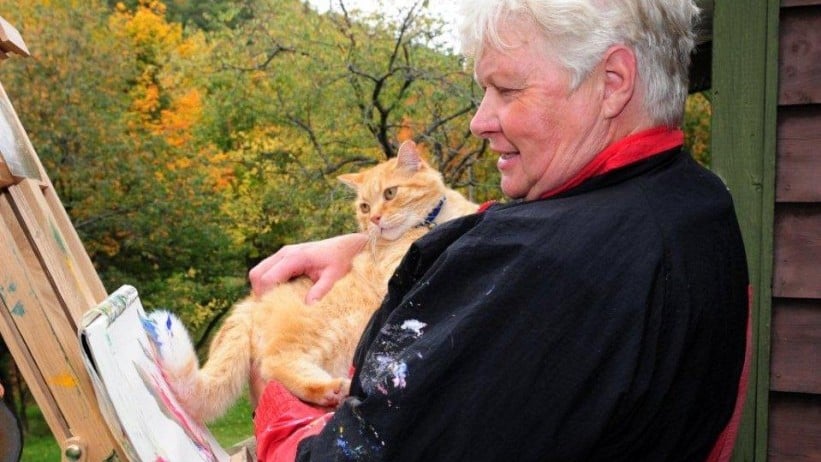 Back in 2013, we wrote an article about a two-year-old capuchin named Pockets Warhol—yes, named after Andy Warhol—who would paint on occasion at the Story Book Farm Primate sanctuary in Sunderland, Ont. Pockets’ work has been on display at art shows in Finland, Germany and Estonia, not to mention his collaboration on a half-dozen pieces with two human artists for the Art Pioneers Exhibit at Toronto’s Gladstone Hotel.

With memories of animal artwork still swirling during a brainstorming session for the Maclean’s Blogs of Lists last summer, we published a list that ranked Pockets as the eighth top-selling animal artists in the world, a figure noted on the website Pawnation.

Nowhere to be found on the list was Napster the Cat—yes, named after the music file-sharing service—an omission which was swiftly brought to our attention by his owner and various fans across Ontario via phone calls, emails, a blog post (noting how Napster was “heartbroken”) and, most recently, a petition with three pages of signatures.

“In the interest of journalistic accuracy we request that you review your article entitled ‘Top Selling Animal Artists” (August 18th issue) and consider the qualifications of Napster of the Muskoka area,” the petition starts. “To date, Napster’s paintings and note cards have grossed $12,000.00, considerably more than the animals on your list.” 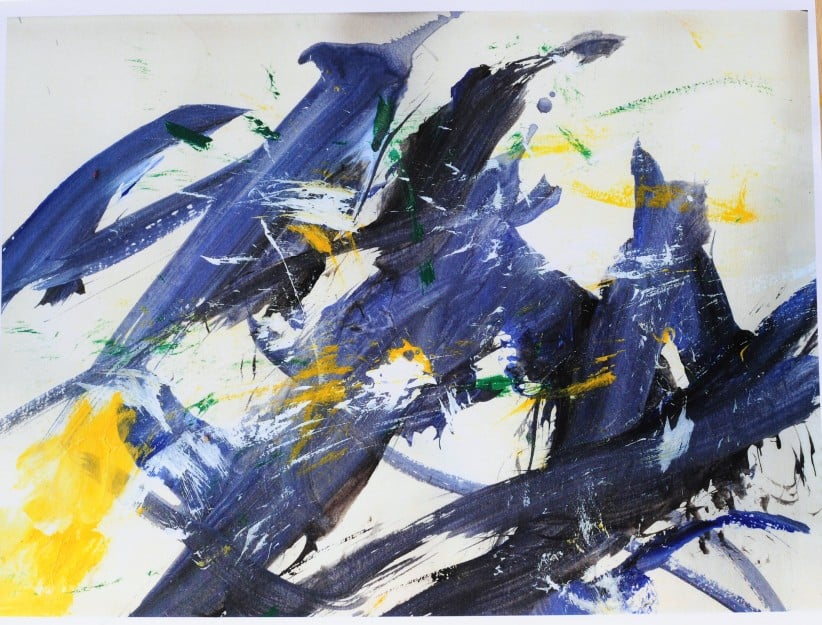 The petition was circulated by Denise Newell of the Old Salts Seniors Canoe Club in Waterloo, Ont., a group that frequently visits Napster’s home at the Bondi Village Resort, near Huntsville, Ont. “There was no end of people I would show it to. They were just so eager to sign,” Newell says from home in Listowel, Ont. “Then I took it to the vet—well, that got everybody going there.”

Napster wasn’t born a painter. A barn cat at birth, it was in his later years when a stagnant life on the couch at the Bondi Resort added a few pounds. When he couldn’t fit through the cat door, an exercise plan was put in place. If his owners went out on an errand run, they’d drop Napster off at the edge of the property, forcing him to walk home.

From spring to fall, Napster lost 25 per cent of his body weight, according to Nancy Tapley, Napster’s owner, but then came the winter. It’d be cruel to bring him outside in minus-30 weather, yet nobody wanted him to put back on the weight. Napster needed a hobby.

Joking around as his caretakers typically would, they thought, why not let him try painting? Standing on someone’s shoulders near a canvas, Napster learned to dip his tail into paint and make art. Over the years, his work has made its way into the hands of politicians and dignitaries.

Two summers ago, Tony Clement presented one of Napster’s paintings to Laureen Harper in Gravenhurst aboard a Segwun Steamship boat. “[Napster] would have gone to the presentation,” Tapley says. “He was a bit disappointed in that because Tony didn’t invite him.”

Proceeds from Napster’s work go to the A Wing and a Prayer bird rehabilitation centre (a way to atone for all the birds he killed while in the wild). But it wasn’t enough to land him on the Maclean’s list last year.

What our blog of lists failed to explain was that it did not take into account the animal’s lifetime gross sales, but rather the highest price tag for a sale of each animal’s artwork. An 11 x 14 piece by Napster sells for $50, hardly close to the hundreds—sometimes thousands—for a single sale at auctions from other animals on the list.

Now 16 years old, and recently having lost one eye to glaucoma, Napster isn’t as prolific an artist as he used to be, though he still creates a few pieces each winter. Perhaps rarity will increase his art’s value in the future.

In the meantime, can we now stop the petition, please?