Pop music has never been better

Singer-songwriter Dan Hill on why this is the greatest generation 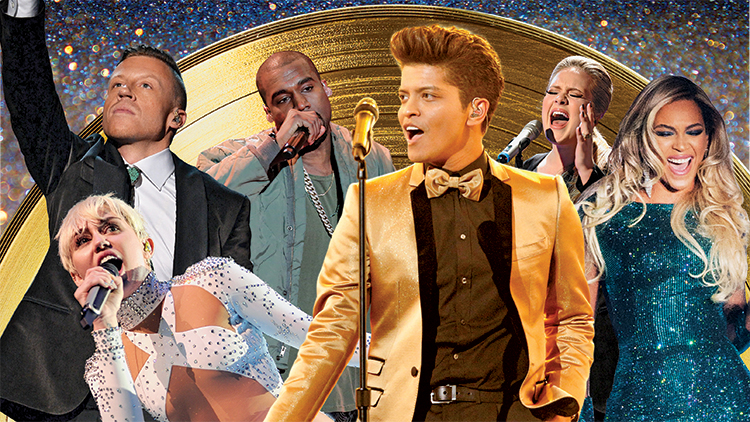 “Today’s pop music sucks.” Not a day passes without my hearing a variation on this complaint, whether from friends, music colleagues or drunk patrons at my local sports bar. Invariably, the conversation leads to the oversexualization of contemporary music, with songs such as Bruno Mars’s Gorilla, and artists ranging from Miley Cyrus to Lady Gaga, held up as examples of the world is going to hell in a hand basket. Ah, how quickly we forget.

Since the dawn of recorded music, every generation has felt shocked by the musical tastes of the next. Sinatra hated Elvis; Elvis hated the Beatles. During the “Harlem renaissance” of the 1920s, even the emerging black middle class turned up its nose at jazz artists like Duke Ellington, opting, instead for “high brow” classical music. Admittedly, I’ve suffered from the same knee-jerk reactionism; I took my son to task not that long ago for plastering posters of Marilyn Manson on his bedroom wall. And yet, my father’s musical tastes as a child in the 1930s were far juicier than my son’s. Indeed, Dad sparked a family uproar during one Sunday dinner by plopping a Robert Johnson recording titled Travelling Riverside Blues onto his parents’ Victrola, causing his Methodist minister father to yank the 78 off the turntable and smash the “obscenity” to pieces. Thirty-plus years later, my father banned Led Zeppelin’s music from our household, conveniently forgetting that Zeppelin’s Lemon Song—with its naughty “Squeeze me baby, ’til the juice runs down my leg”—was essentially a musically sanitized version of Johnson’s “She squeezed my lemon.”

(I was 15 when I first heard Zeppelin’s version, and the lyric flew way over my virginal ears. I still recall my mom’s beleaguered question upon hearing me fumbling through the guitar chords to Lemon Song, and then the Doors’ Light My Fire: “Why, Danny, are these songs always about the man’s needs?”)

Let’s face it, pop music in its myriad permutations will always be sexually presumptuous, racially controversial and, frequently, politically charged. Still, a few things have changed. The music business has become a reflection of the economy at large, only more extreme. Essentially, the top 0.01 per cent of artists, groups and songwriters make 99.99 per cent of the money. That was not the case in the mid-’70s: there was a lot more room for modestly successful artists to make a decent living.

But here’s the good part. It is currently a hit-song-driven business. And during this single-song gold rush, where a No. 1 international song can easily generate $5 million in writer-publisher royalties, we are witnessing No. 1 songs that rival any written during any period of pop music.

I love that part. Because, since I was, well, four, I’ve been an unabashed fan of pop songs. At 10, I heard Neil Diamond’s Solitary Man and it moved me so deeply I stood, frozen in place during school recess, feeling such empathy for the narrator in Diamond’s masterpiece that my heart was smashed. Same with A Hard Day’s Night by the Beatles. I remember the season (summer), the smell of the grass in my backyard (I was mowing it with a hand mower) and my senior-citizen neighbour (pushing 30) beseeching me to turn down my coveted transistor radio. I get that same “wind knocked out of me” feeling when I hear a great song today. Because today’s music business model has cycled back to the hit single, songwriters and artists can no longer coast on album cuts, whereas when I started pumping out singles in the ’70s, the B-sides to my hits generated considerable royalties by literally riding on the flip side of say, Sometimes When We Touch or Can’t We Try.

What does all this mean? In a nutshell, we’re blessed with a startling multitude of high-quality songs that are, arguably, superior to those of any other generation. Consider Beyoncé and Jay Z’s Drunk in Love. It’s messy, raw and real, with an a cappella vocal intro that haunts us days later with images like: We woke up in the kitchen saying, “how the hell did this s–t happen?” Oh baby, drunk in love. It beats the hell out of America’s and, later, the Captain and Tennille’s ’70s hit Muskrat Love, with its namby-pamby: Nibbling on bacon, chewin’ on cheese / Sammy says to Susie, “Honey, would you please be my missus?”/And she say yes, with her kisses.

Similarly, Adele’s Someone Like You trounces Barry Manilow’s Mandy, while Bruno Mars’s Locked out of Heaven borrows from the Police (who borrowed from Bob Marley) with far more panache and verve than Men at Work’s Who Can It Be Now? Macklemore’s Same Love, a searing confessional, is more groundbreaking than Rod Stewart’s 1976 release Georgie—where the admirable ruminations on homophobia were expressed from a safe, third-person remove.

And much as my Boomer friends will hate me for saying this, Kanye West is the new Dylan. Not only do Kanye’s best lyrics match Dylan’s prescience, highly inventive word play and genius for storytelling, Kanye’s indefatigable cockiness eerily channels Muhammad Ali. His comment that “George Bush doesn’t care about black people” is the modern-day equivalent to Ali’s “I ain’t got no quarrel with the Viet Cong?.?.?.?no Viet Cong ever called me nigger.”

Today’s musical opposite to Kanye would have to be the fragile-looking Taylor Swift. But don’t be fooled by Swift’s waif-like appearance. Here’s what she wrote about singer-songwriter John Mayer in one of her deliciously biting hit singles: I’m really gonna miss you picking fights / And me falling for it screaming that I’m right / you would hide away and find your peace of mind / with some indie record that’s much cooler than mine. It brings to mind some of Joni Mitchell’s best writing in the ’70s, which was inspired by—you guessed it—former famous lovers, too.

If we presently lack bands with the substance and consistency of the Beatles and the Rolling Stones, what we do have is an exponentially greater range of styles, a far richer mosaic of voices, cultures and colours. When we bemoan the lost golden age of music, it’s worth remembering that mainstream radio listeners of the ’60s and ’70s, particularly in Canada, missed out on an outpouring of brilliant R&B music. Only the most iconic black acts, such as Michael Jackson, Stevie Wonder and the Supremes, broke through the colour barrier. Canadian pop radio largely (and covertly) shunned releases by the best black soul acts of the day, thinking their white listeners (and predominantly white-run advertisers) preferred “blue-eyed soul” imitators. Daryl Hall, one of the better pop singers at the tail end of this era, was still no Marvin Gaye. And the Eagles’ Glenn Frey, falsettoing tremulously through the outro of One of These Nights, only made an informed music fan miss the real deal, vocalists like Al Green and Wilson Pickett.

Thank goodness those days are over. You can tell black artists are front and centre when Usher discovers and launches Justin Bieber. 2014 kicked off with Canadian hip-hop artist Kardinal Offishall signing on as creative executive director of A&R at Universal Music Canada. Of Billboard’s top 10 artists between the years 2000 and 2010, seven were black. Who could have imagined this in 1982, when Sheena Easton beat out Luther Vandross for a Grammy in the best new artist category? Yes, prejudice of many kinds still simmer in popular music, but today when white acts appropriate the black sound, they’re usually aided and abetted by black artists. Robin Thicke’s global smash, Blurred Lines, may veer into Prince-lite territory; however, black co-writers T.I. and Pharrell Williams (who is also the producer) share in the financial spinoffs.

The most exciting part of pop music these days: it’s a pure meritocracy. A career-defining song by an unknown artist (for example, Lorde’s Royals) is likely to crush a mediocre release by a superstar like Lady Gaga. Better yet, a young artist, a gay artist, an artist of racial origins unknown, can break through—provided the song is there. Essentially, 2014 is 1964 all over again, when preteens like me would race to a record store with our paper-route money to snap up You’ve Lost That Loving Feeling or a Motown classic written by Holland-Dozier-Holland.

Hit songs are mysterious and slippery beasts; few artists have a lock on them. This means that many people, like me, have become fans of songs rather than fans of artists. Kanye can go from brilliant to dumbass, sometimes within a rhyme scheme. Eminem, nearly as visionary (and maniacal and bizarrely inconsistent), can pivot from borderline genius (Stan) to tedious (Berzerk). And Miley Cyrus’s antics notwithstanding—she and Gene Simmons could be locked in an elongated-tongue-wrestle purgatory and I couldn’t care less—the next time her song Wrecking Ball sobs its way through your car speakers, I dare you not feel moved. Of course, when Miley ventures into hip-hop territory, as in 23, she’s clearly over her head. But the missteps are as fascinating as the smashes. And because of the swing-for-the-rafters attempt at nailing that elusive hit, all of us—passive listeners, active consumers or earnest teenagers spinning beats or strumming guitars in their parents’ basements—are the biggest winners.