What we can learn from Prince, the star who vanished too soon

The polymathic artist’s first posthumous studio album releases this summer. Recorded in 2010, it remains ahead of its time. 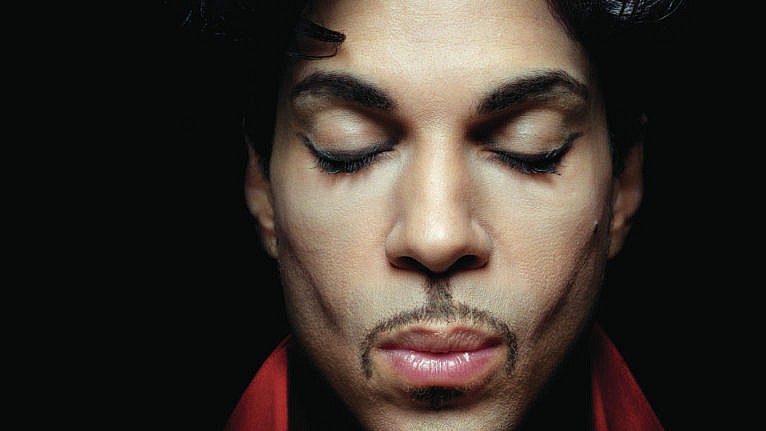 There’s a special kind of skepticism that follows a posthumous album release from a major pop artist. Projects like Aaliyah’s highly successful I Care 4 U and Johnny Cash’s abysmal Remixed have been called out as vulgar record-company cash grabs and critically panned as either unrealized potential (the former) or inessential versions (the latter). Michael, the first album Michael Jackson’s estate released shortly after his death in 2009, is a cobbled-together grouping of what sound like rejected B-sides or unwanted works-in-progress. Amy Winehouse’s Lioness: Hidden Treasures, an album released a mere five months after the British vocalist tragically passed away, contains tracks that sound more suitable as added bonus material for an anniversary edition of her Grammy-sweeping Back to Black.

Prince’s upcoming release, Welcome 2 America—his first posthumous studio album since his death in 2016—has little in common with the afterlife output of Jackson, Cash or Winehouse. Set to stream on July 30, this full-length album is a cohesive start-to-finish concept that bridges many of the artist-formerly-known-as-a-symbol’s career highs.

At the same time, Welcome 2 America does what Prince’s former output does not. It’s pre-woke wokeness at its best, a searing and tender yet direct critique of the United States, created during the first two years of Barack Obama’s presidency. Long-time fans, such as Dr. Christopher Smith, a research associate at the Centre for Ethics at the University of Toronto, think the decision to hold the record back is a reflection of Prince’s social acumen. He “checked the collective temperature of the nation and decided to not discount the historic moment,” Smith says. Much of the U.S. was still celebrating its first Black president. “Prince didn’t want to rain on the parade,” says Smith. “Having an African-American president had very material manifestations where people were actually feeling a certain kind of hope. I can completely understand why Prince was like, ‘Yeah, now is not the time.’ ”

Prince had a reputation for being politically-on-the-job early in his career. Sign o’ the Times, released in 1987, was a lament on the drug wars and the Reagan administration of the day. But this new album goes further in its socio-political commentary, with lyrics that refer to the singer’s homeland as “land of the free, home of the slave,” and unabashedly claim that “truth is the new minority” and “everybody and their momma has a sex tape,” while chanting a call to action to “dismantle all monopolies.”

At a first listen, the key tracks on Welcome 2 America might sound like they were crafted post-2013, when the Black Lives Matter movement spread globally after George Zimmerman fatally shot an unarmed 17-year-old African-American high school student, Trayvon Martin, in Sanford, Fla. And, based on Welcome 2 America’s forward-sounding instrumentation (electro-fused structures that Lil Nas X and Frank Ocean have built upon), the disc also sounds like it might have been made weeks or months before the Minneapolis-born polymathic musician died from an accidental overdose of fentanyl.

But the album, like Prince, was ahead of its time. Recorded in 2010, Welcome 2 America was fuelled by conversations Prince was having with the New Power Generation (or NPG, his supporting band from 1990 to 2016). Between sessions, the band would sit down at Prince’s insistence to watch Henry Louis Gates Jr.’s 2008 PBS series African American Lives 2. Gates is a professor and director of the Hutchins Center for African & African American Research at Harvard University, and the miniseries featured research into the ancestral lineages of prominent African-American guests, putting a spotlight on past injustices and present achievements, as well as historical experiences pre- and post-slavery.

One of the most prominent vocalists on the new album is NPG singer-songwriter Shelby Johnson (her stage name was shortened to Shelby J. by Prince), who had worked with Prince since 2006. She describes studio time for Welcome 2 America as part classroom and part therapy session. “Prince gave me DVDs about African-American culture to absorb when we weren’t singing,” she says over the phone from her home in North Carolina. “Historic moments that I didn’t learn in school, films about Black Wall Street and the mistreatment of Black communities . . . stuff that is so ugly, you don’t want to acknowledge it. But it made me think about the injustice happening in my own country.

“We also watched a documentary of Wattstax over and over again before we sang,” Johnson says, referring to the 1965 benefit concert that featured more than a dozen gospel, R&B, soul, blues, funk and jazz acts commemorating the seventh anniversary of the Watts Rebellion, an event that took place over six days and was instigated by police brutality. “I just became such a sponge. He kept telling us that things don’t just happen when it comes to racism. I learned that once you acknowledge something that’s bad, you can’t change the past but you [also] can’t pretend that it never happened and that things are just the way they are now. The creativity and the collectiveness and the conversations about what we were watching on PBS or in documentaries, and what was happening with the elections in the news—that made it into the music.”

Johnson takes the role of lead vocalist on a Welcome 2 America track called Running Game (Son of a Slave Master). When she first received the music, she was taken aback by lyrics such as, “How much do U want 4 that real dope beat? / Another A&R man, lyin’ through their teeth / Son of a slave master, meet and greet / There goes the publishing and U’re back on the street.” “We [the band members] would come into the studio, look at the lyrics and stare at each other,” she says. “I remember saying, ‘Ooh, he is going deep!’ ” Running Game is a mirror to Prince’s own career, including his widely publicized legal battles with Warner Bros. in the ’90s, when he changed his name to a symbol and appeared in public with the word “Slave” on his face. The song connects America’s civil rights movement to Prince’s own challenge of working with a major music label, one that expected him to be a non-stop hit machine.

For all its sharp critique, the record has its bright sides. In a song called 1,000 Light Years From Here, Prince lays it all out for his country: “Now got 2 show / What it means 2 b American / Good life, liberty, innovation / Every child, no matter what colour / Getting an education.” And on a track titled Yes, Prince, Shelby J. and NPG vocalist Liv Warfield offer up a jubilant anthem that is nevertheless laced with caution: “If U’re ready 4 a brand-new nation, YES / If U’re ready 4 a new situation, say YES / If U’re ready we can turn the page, YES / As long as they ain’t movin’ us 2 a bigger cage.”

“I’ve worked on more than 50 songs that are in Prince’s vault that touch on all of these concerns for the world,” says Johnson. “The joy is there. You can hear [it] in the music. But consciousness for what causes pain is also there. This album is the beginning of a new journey for him. He wasn’t about just reporting on the news this time around. He wasn’t wasting time whining about it. He saw NPG as part of the solution to the chaos. He’d constantly ask us, ‘How can we change this system moving forward?’ ”

Prince’s early work was known for focusing on explicit sexuality and the complexities of romance and monogamy in the midst of ’80s excess. Sign ’o the Times marked a turn to the more political, getting into themes of racial justice and his developing interest in spirituality. The record was “less of a shift in terms of his overall consciousness with regards to engaging with the historical memory and legacies of racial oppression in the U.S.,” says Daphne A. Brooks, an award-winning music critic, author and professor of African American studies at Yale University, “but rather a seizing of growing entitlement to be able to speak about it directly through his art. Prince worked in stages around different kinds of goals, especially in the first quarter of his career. His later development has to do with the economic shift in who he was and how he was treated as an artist.” 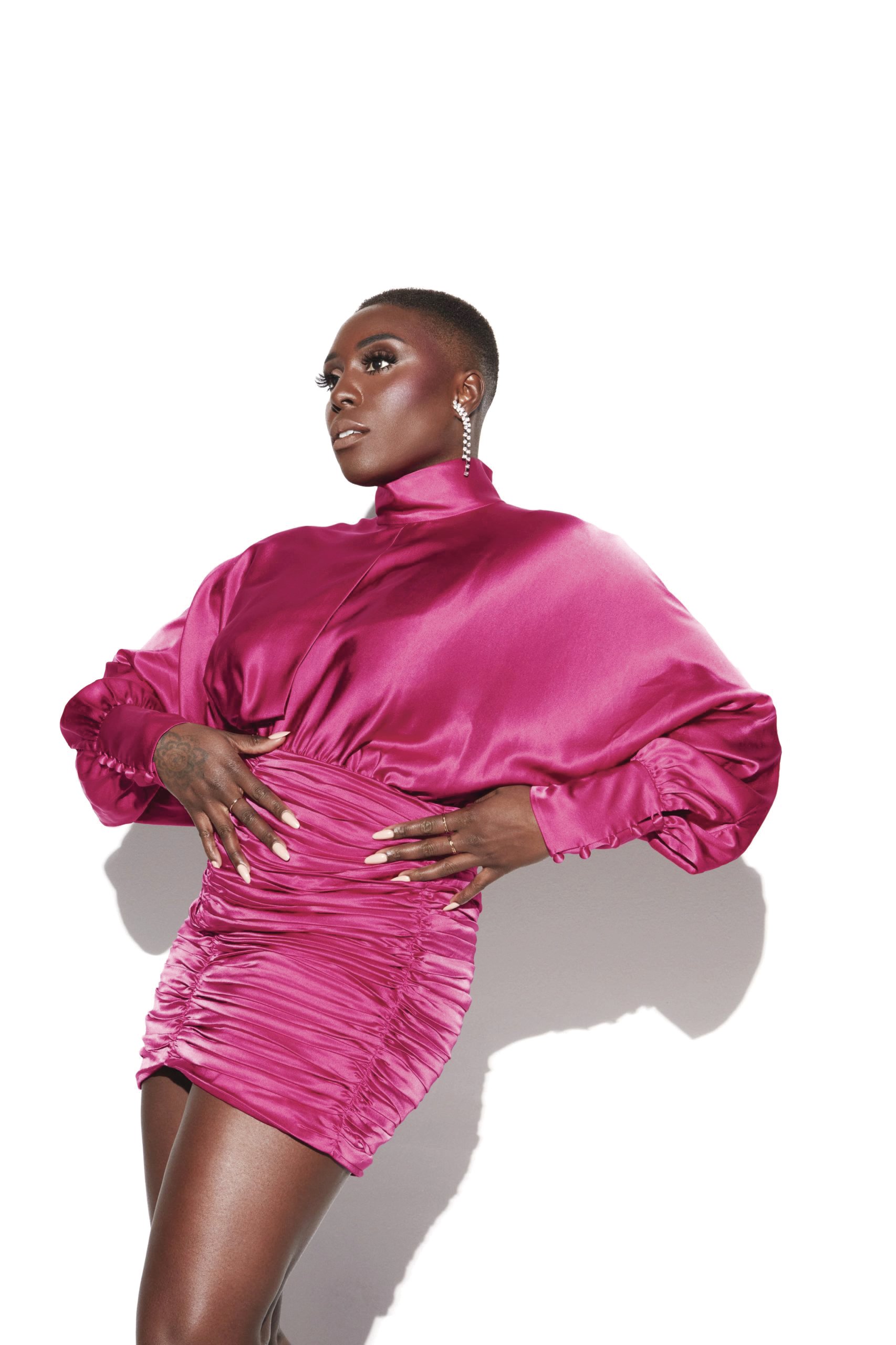 A standing theme throughout his career is Prince’s powerful connection to both genders. “It goes all the way back to his alter ego, Camille,” Brooks says, referencing the pseudonym Prince used for an album of the same name that was never officially shared with fans, save for one, rare, advanced pressing of the record, which went up for auction and sold for US$29,645 in 2016. On Camille, Prince sped up his own singing and heightened his register and pitch on various tracks, so his voice could be perceived as being biologically female. A few of the album’s songs, including If I Was Your Girlfriend, went on to be resurrected for Sign o’ the Times.

Brooks describes Prince as having “progressive feminist ideals” and points to his deep and meaningful professional relationships with women such as Sheila E., Sheena Easton, Wendy & Lisa (Wendy Melvoin and Lisa Coleman), and Rosie Gaines—whom he shared the spotlight with onstage and in recordings. “He became interested in having different kinds of female voices represented,” Brooks says. “He also believed their voices to be a piece of him.” Many of those collaborations, as well as songs he wrote for female artists such as Sinéad O’Connor (Nothing Compares 2 U), Martika (Love . . . Thy Will Be Done) and the Bangles (Manic Monday), have recently been re-examined after Prince’s estate exhumed his own recordings of these songs on a 2019 disc called Originals.

And there may still be more new Prince offerings to come. Yet another unreleased recording, a song titled Overcome, written by British pop singer Laura Mvula and Chic legend Niles Rodgers for Mvula’s 2016’s The Dreaming Room album, was a catalyst for Mvula’s Pink Noise, scheduled for release on July 2. Upon listening to Prince’s take of Overcome (which he secretly recorded and sent to Mvula), she decided to rethink her entire sound and depart from the moodier, cinematic soundscapes she’s known for.

“I still have Prince’s version on my laptop and I guess I’ll have to release it one day because it means so much to me and my career,” Mvula says via phone from London. “His take on this song was the premonition to my new album. It made me think in a funkier, sexier way, and it made me be at peace with weaving activism into my music.”

Pink Noise’s jewel-in-crown is a song called Remedy, which would fit perfectly on Welcome 2 America’s track list. Its lyrics echo Eric Garner’s last words—“I can’t breathe”—before dying when former police officer Daniel Pantaleo put him in a prohibitive chokehold on July 17, 2014. The choice to include that line was prompted by how unabashedly truth-filled Prince’s most politically charged songs are.

“Prince taught me so much about fighting for your identity and not taking your own music for granted,” Mvula says. “He was a prophet and a teacher, and he [taught me about] having the confidence to continue in this wild industry.”