Sarah McLachlan gets her groove back

Midlife crisis and a former NHLer gave her a reboot. Now the original Lilith is back in the spotlight. 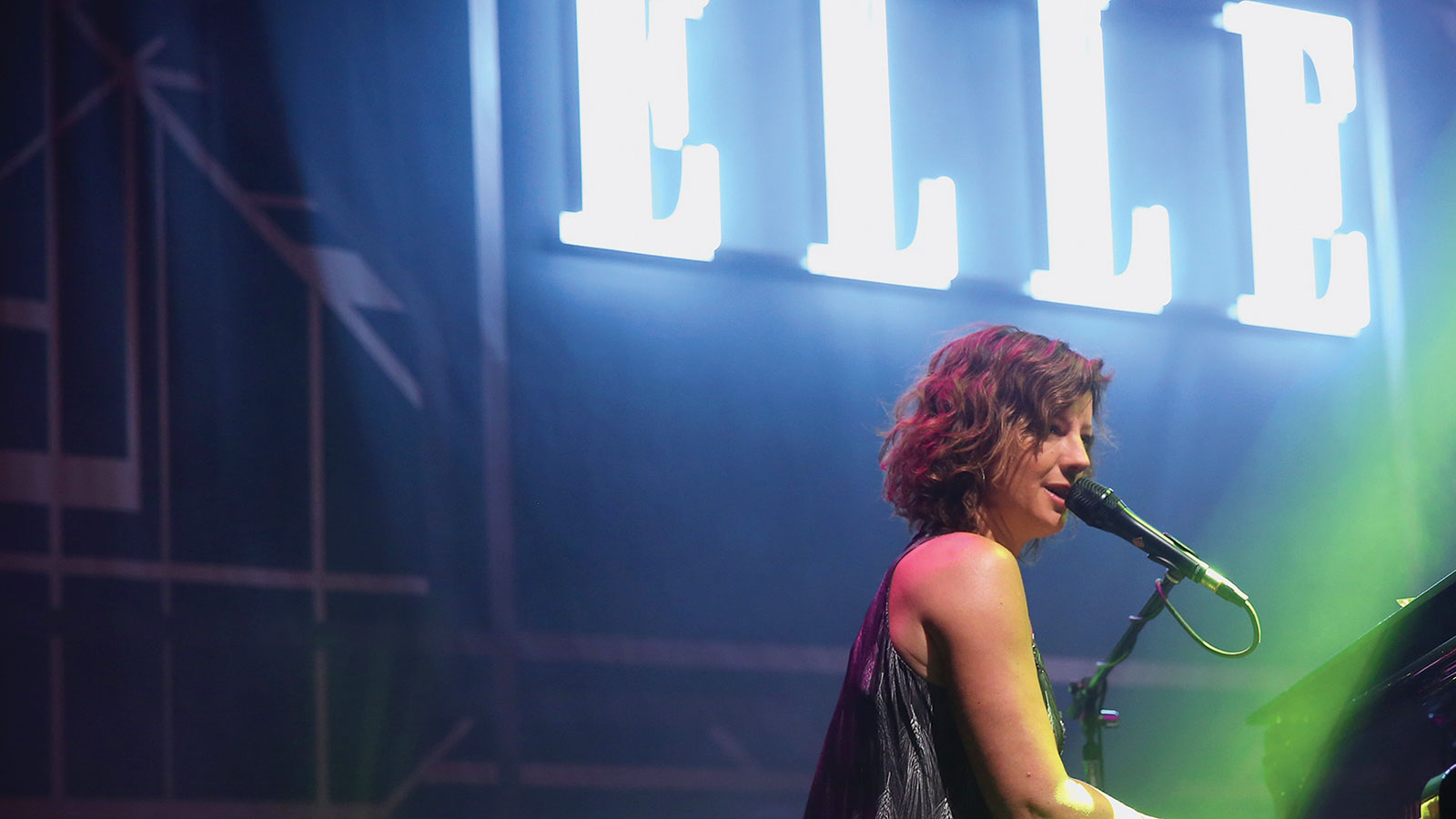 By her own admission, Sarah McLachlan’s career thrives on the threat of defeat. “Part of the reason I’m successful is that my mom kept telling me I was going to fail constantly,” the Halifax-born singer-songwriter recalls from her living room in West Vancouver. Her mother’s disapproval fuelled her to sign a solo contract in 1988—the deal with Nettwerk Records that bound her to the Vancouver-based label for 23 years. “I had an awful relationship with her then,” she says of her mother, whom she lost to cancer in 2001. “Even though my parents had supported me in music, they thought of it as just a nice hobby.”

McLachlan is sitting in an oversized chocolate couch with a view of a granite pool, a tipi-shaped guest house (her personal assistant’s office) and the deck, which has a pair of rattan swings on it, woven with giant daisy motifs. Her home is filled with Indonesian-, African- and Asian-styled furnishings that look as though they were snapped up at a Moroccan street market, or a Pier 1 Imports outlet. She’s reflecting on her career, and is remarkably frank about its vicissitudes. “It was just like Lilith Fair,” she says, shaking her head. Countless concert promoters advised her that putting two female acts on one bill—let alone more than 10—would never fly. “I did enjoy proving them wrong.”

If McLachlan likes coming back from grim predictions, she couldn’t ask for much worse than the past few years. Her marriage broke up. While she stayed far from the limelight raising her two daughters—her property is located amid a clump of sleepy suburban houses, a conscious choice to give her kids a semblance of a normal childhood—the diva empires of Gaga, Rihanna and Adele conquered the charts. In 2010, in the thick of this new female pop takeover, she decided to emerge and resuscitate Lilith, which was roundly declared a flop. Slate called it “outdated” and “entirely unmemorable.”

Yet McLachlan—who has three Grammys and eight Junos to her name—has a Sigourney Weaver-circa-Aliens approach to the music industry. She keeps resurrecting herself. For all the media slagging Lilith received, it amassed more than $10 million for various women’s charities. When McLachlan talks about her soon-to-be released studio album, Shine On, her eighth, there is a familiar defiance in her tone. “If we’re relying on radio play we’re f–ked,” she says, laughing. “I refuse to force a song in a direction because it’s going to get radio play—I’m an album-oriented artist. I’m not Miley Cyrus and I’m not Katy Perry and I haven’t fit myself into that category; it’s pretty narrow. I simply write the songs I write and if it works, it works.”

Rather than take Madonna’s path of manic recycled reinvention, McLachlan has stuck to what she knows. She says she won’t be putting out a dance or jazz album anytime soon. There’s no image consultant to update her look—she did her own hair and makeup at the Junos. Even her album cover looks exactly like something she’d have put out in 1999. It seems to be working. The buzz for Shine On has fired up the online comment boards. Her website says she’s had 14,166 tour-stop requests from fans. Perez Hilton trumpeted the fact that his site had the exclusive premiere of her new song, Beautiful Girl.

McLachlan has taken some calculated risks on this, her first album since she broke from her loyal relationship with Nettwerk in 2011 (she’s now with Verve). She included people outside of her usual inner circle during the songwriting sessions. Long-time producer-collaborator Pierre Marchand, who is used to being the only co-pilot on her records, is joined by Matt Morris (Christina Aguilera, Justin Timberlake), super-producer Bob Rock (Metallica, Michael Bublé), and Luke Doucet, who co-fronts the duo Whitehorse with his wife, Melissa McClelland (both have been in McLachlan’s touring band). Two of the lead singles—In Her Shoes and Beautiful Girl (written with McLachlan’s daughters in mind, 12-year-old India and six-year-old Taja)—come from the Doucet collaboration.

“It took more than 20 years of knowing her to get to work with her in this capacity,” says Doucet via phone from his home in Hamilton. “I think with this record, Sarah’s opening herself up in ways she hasn’t in the past. There is a candour to her songs that you don’t always hear in her work. That shroud of mystery gets a bit of a lift. These new songs are less obscure and really do focus on her life right now, which is very positive.”

The record does seem brighter than the rest of her oeuvre. “I started off doing a lot of breakup songs,” McLachlan says. Her previous disc, released in 2010, zoned in on the disastrous end of her 11-year marriage with former drummer Ashwin Sood, the father of McLachlan’s two daughters. “I’m not there anymore,” she says. “It feels disingenuous to talk about now.”

Midlife crises brought about an artistic turning point. “Separating from my management company of 20 years, my record label of 25 years, separating from my husband, and losing my dad was hard,” she says. “All those male anchors went away within four days of each other.” But instead of diving back into the lyrical canon of despair and producing carbon copies of past hits such as Possession (her song about fan obsession), World On Fire or Ice (inspired by seeing child prostitution in Cambodia and Thailand), McLachlan steered away from the tortured notes. One of the best tracks on Shine On, called Flesh and Blood, plays up her new-found appreciation for erotic pleasure.

The song was encouraged by a powerful romantic relationship in her life. “I’ve had more sex this year than I’ve had in my entire life,” she says, speaking to the song’s origins. “I was single for over three years and during that time, I didn’t have any sex. If you don’t use it, you lose it. I got to a place where I was very happy. I had my children, I had my friends, I had my music,” she says. “I had all these great things that helped to make me whole again . . . the idea of meeting someone was so over.” But, she says, something important was still missing.

Then she hosted a party at her house to raise money for the Sarah McLachlan School of Music, a Vancouver-based academy that offers free music classes for kids in Grades 4 to 12. One of the attendees was former Vancouver Canucks player Geoff Courtnall. The two ended up chatting about their mutual love of Tofino, B.C. It was as if they’d been “separated at birth,” McLachlan says. “The relationship I have with Geoff now, it’s like Coming Through Slaughter,” she says, referring to the book by Michael Ondaatje. “At this point in our lives we’ve gone through loss, so now it’s time to s–t or get off the pot.”

So there have been changes. (As we speak she’s also auditioning drummers for the tour ahead, via stream in the tipi office.) But she still sounds a lot like the woman who started Lilith Fair. Having daughters has only made her more attuned to female role models—teen education activist Malala Yousafzai inspired the song In Her Shoes. And when 17-year-old pop singer Lorde, who currently graces the cover of Teen Vogue, is mentioned in conversation, McLachlan praises the New Zealander for tweeting unretouched photos of herself as a way of telling her fans that “flaws are OK.” “I love her. Good for her,” she enthuses. “Kate Winslet did the same thing [Winslet blasted GQ for excessively retouching her in 2003]. If it gets you anywhere, I don’t know, but I think it feels good to say, listen, none of us are perfect. I didn’t have a Vogue cover growing up. I probably weighed way too much. Beyond that, I’m not scandalous enough.”

Of risqué female singers of the Miley Cyrus variety, McLachlan thinks we should suspend judgment. “We’re so f–king puritanical,” she says. “I did all sorts of really stupid things but I did not have TMZ following me around.” The same goes for the preconceptions she feels people have about her. “I don’t give a s–t,” she says. “I know I’ve disappointed people when I’ve met them. Especially some of my really serious fans. I’ve probably shocked some people and made them go, ‘Oh, she’s not quite the person that I thought she was.’ But I’m human,” she says. “People collect ideas about you and fabricate this persona, and then that’s all they ever have of you,” she adds. “We’re much more than that.”