At this weekend's Junos in Hamilton, the National Music Centre teamed up with acclaimed photographer Norman Wong 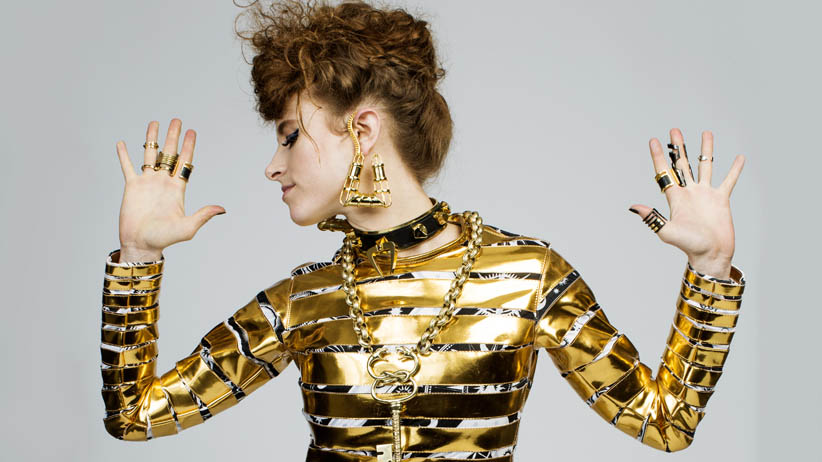 Kiesza was this year’s big winner at the Juno Awards, a rare victory for a Calgary artist at an event so often dominated by artists from Toronto, Montreal and Vancouver. Next year, however, Calgary itself is guaranteed to be the big winner. Not only will the Junos take place there, but it will also mark the grand opening of the long-anticipated National Music Centre (NMC), a museum and cultural hub devoted to Canada’s rich—and often underappreciated—musical history. The NMC will be housed in a 160,000-sq.-foot building in Calgary’s East Village, with exhibition and performance spaces, as well as studios and educational programs.

But the NMC will focus on living history, too, and over the course of Juno weekend, from Mar. 13 to 15, it hired acclaimed photographer Norman Wong to set up a pop-up portrait studio at the Junos in Hamilton, where he was to capture the artists who are busy creating the future of Canadian music.

Wong first started photographing musicians in Toronto in the early 2000s, when he fell in with Broken Social Scene. That band’s 2002 album You Forgot It in People became an international phenomenon, gave Toronto’s music scene an enormous boost of inspiration, and helped usher in a new wave of Canadian talent, one that hasn’t shown any sign of slowing down since. It marked a generational change, one in which younger artists took advantages of a new, wired world and didn’t wait for the music industry’s blessing. It was an attitude that informed everyone from Arcade Fire to Drake to Kiesza. “It was something different,” says Wong. “For me, it was Broken Social Scene and the whole independent rock boom coming out of that. The success of Arcade Fire and all those other acts opened the door to a new generation of music. I was never really a music guy before that, but it was just ‘right time, right place,’ and I fell in love with the music.”

While doing press photos for Broken Social Scene’s label, Arts and Crafts, Wong would do black-and-white portraits after the shoots, just for his own files. Why black and white? “Because then, the focus is not on the clothes, just the person,” says Wong. “It goes straight to the subject. Nothing too crazy, almost like a coin; I was a big collector of coins when I was younger. It’s a collection of everyone shot the same way, but in different variations.”

When Arts and Crafts celebrated its 10th anniversary in 2013, Wong was asked to photograph all of its artists he hadn’t already shot and to mount an exhibition. Seeing how Wong started out, as he says, “trying to document the whole Canadian music scene from the early 2000s onward, working with the NMC helps me fulfill that dream.” Lately, Wong has been photographing a new generation of Toronto musicians revolving around an artist and a label: Drake’s OVO label, specifically Majid Jordan, who appeared on Drake’s massive (but Juno-losing) hit Hold On, We’re Going Home.

Whom was Wong most excited about on Juno weekend? “Mac DeMarco,” he says, speaking of the transient musician who’s spent significant time in Edmonton, Vancouver, Montreal, Duncan, B.C., and now Brooklyn. DeMarco is decidedly anti-glamour; on the photo shoot’s call sheet, DeMarco was the only one who specified “no makeup.” Indeed, DeMarco—beloved for his on-stage pranks, goofy YouTube videos and questionable fashion choices, all of which threaten to overshadow his genuine musical talent—is the Canadian musician most likely to wind up naked during a gig. “He is who he is,” laughs Wong. “I think what he’s doing is fun and exciting and genuine and entertaining. There’s no need to put makeup on him. Why would you? Actually, everyone was very casual and we just let them be who they are.”

And what about the star of the weekend? “Kiesza was great. I’ve liked what she’s been doing during her big boom in the last little bit, her collaborations with Joey Bada$$ and, most recently, Diplo and Skrillex. It’s exciting to watch her explode onto that world.” 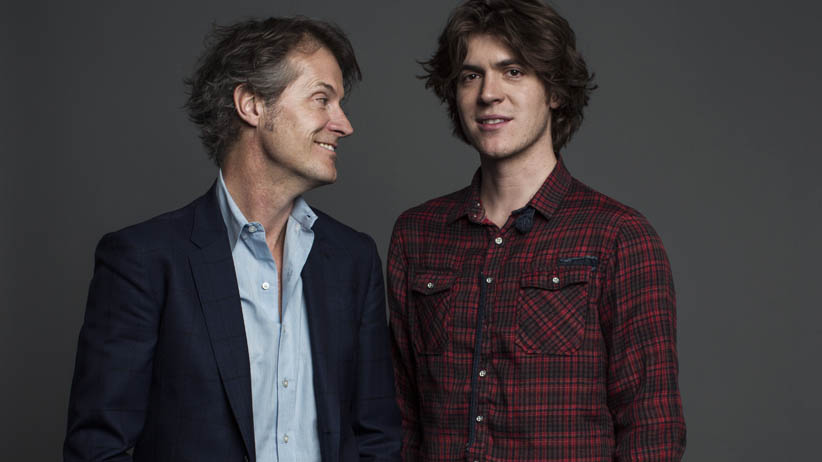 Blue Rodeo's co-frontman and his son, also an acclaimed singer-songwriter, played in the annual Juno Cup on Friday evening Photograph by Norman Wong/NMC