‘The beauty of it, not the evil’ 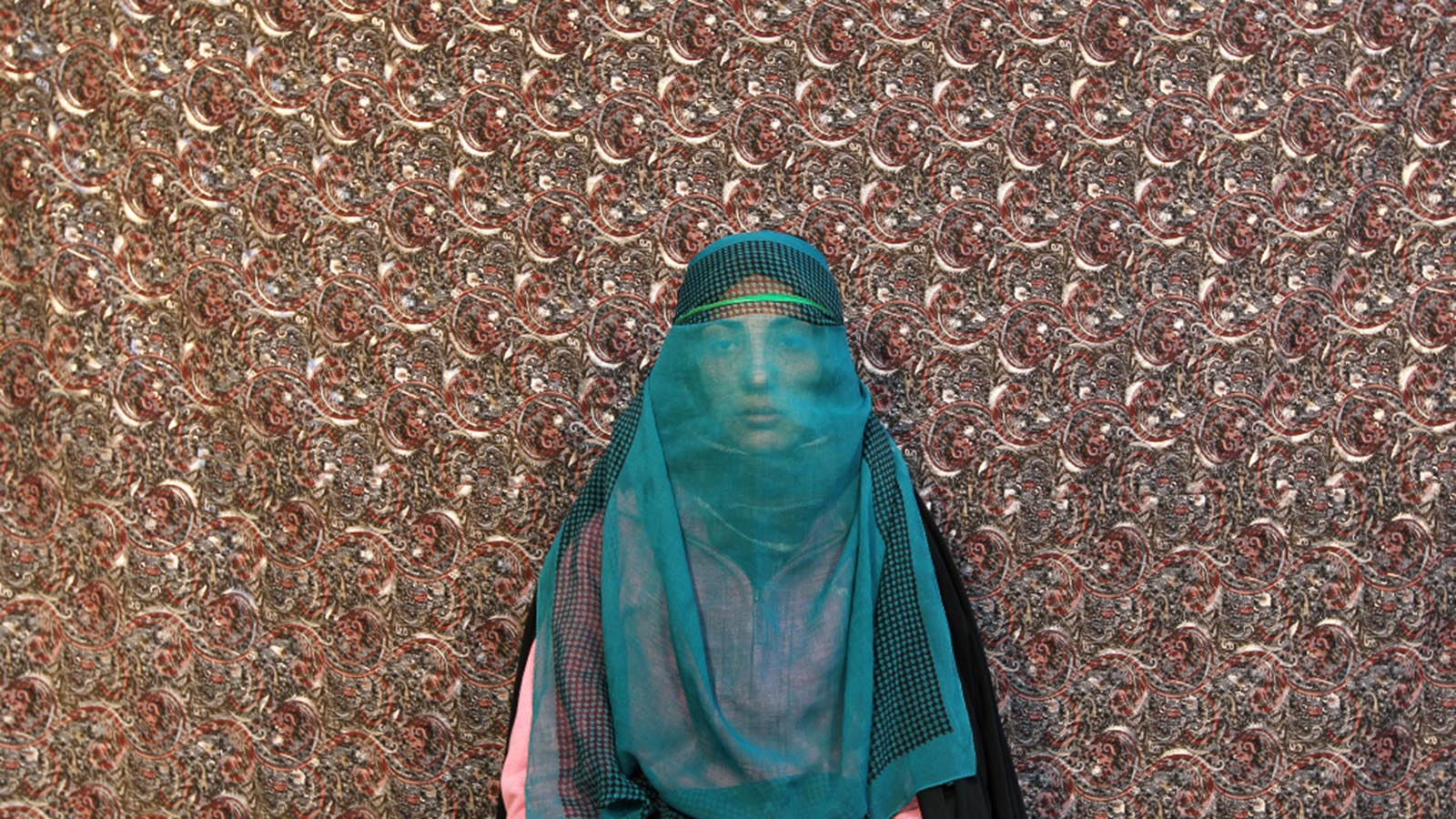 When British reporter Philip Gibbs witnessed the Canadian Corps’ fiery assault on Vimy Ridge in 1917, he called it “a beautiful and devilish thing” and added that it was “the beauty of it, and not the evil of it, that put a spell upon one’s senses.” The same blow-to-the-face reaction is invoked by Iranian photographer Ebrahim Noroozi’s stunning images from the aftermath of a horrific crime. In June 2011, Somayeh Mehri, 29, told her husband, Amir, that she was seeking a divorce after years of enduring beatings and imprisonment in her own home in an Iranian village. One night as Mehri and the couple’s three-year-old daughter Rana slept, Amir poured acid on them. Mehri was blinded, Rana lost an eye and both of their faces were severely disfigured.

Noroozi’s black-and-white photographs—among them images of mother and child embracing, Rana going through one of her endless reconstruction surgeries, Mehri praying, Rana examining her face in a mirror—are beyond car-crash riveting. Toronto gallery owner Nikola Rukaj admires Noroozi’s message and moral vision; even so, Rukaj acknowledges, “I see the beauty ﬁrst.” Seven of Noroozi’s many photos of Mehri and Rana—there are some the photographer deems “too private” for public showing, says Rukaj—will be on display at Nikola Rukaj Gallery under the title of Victims of Forced Love, alongside four other Noroozi series from May 10 to May 31.

Together, they form one of the 30 featured exhibitions at Toronto’s month-long Scotiabank Contact Photography Festival. Beginning in 1997 with a loosely organized call for open exhibitions, Contact now showcases 1,500 Canadian and international photographers, scattered across 175 venues in greater Toronto, to 1.8 million visitors. Held every May, Contact is now the largest photography event in the world. This year’s festival includes works by Stan Douglas and Gordon Parks.

The images in Noroozi’s four other series are equally striking in their profound remoteness. “He’s really on his own,” says Rukaj. “You can’t see the reciprocal influences that can make it hard to tell one modern Western photo from another.” Not that his work exists in complete isolation. Some of the staged works are reminiscent of American artist Gregory Crewdson—known for elaborately staged scenes of small-town homes—with one key difference: Crewdson’s images require entire crews, and Noroozi works alone. 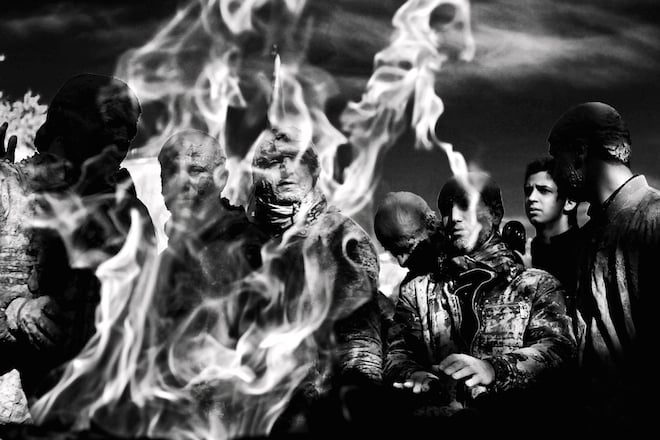 Iranian Shiites cover themselves with mud during Ashoura, marking the death anniversary of Imam Hussein, the grandson of Islam's Prophet Muhammad, in Bijar, Iran. (Ebrahim Noroozi)

What is most apparent in the Iranian photographer’s images are echoes of classical Western painting: Velásquez in some uses of black; Rembrandt in the composition of others—forcibly so in a photo of one of Rana’s surgeries (not on exhibition in Toronto) that brings to mind the Dutch artist’s famous The Anatomy Lecture. Hydrotherapy captures veterans of the murderous Iran-Iraq war (1980 to 1988), now middle-aged, in physical therapy, while War Is Not Over shows many of those maimed veterans individually, each surrounded by prosthetic legs.

Then there are the two series that form a subtle trinity with Forced Love, which won the prestigious World Press Photo competition in 2013: Mournful Women, depicting women who go barefoot and veiled to light candles at 40 locations for Chehel Manbar, one of Shia Islam’s most important annual ceremonies; and Mourners, depicting male observers making fires and covering themselves in mud and clay, symbols of grief and loss. The colour images of the women are as intensely sympathetic as the black-and-white photos of the men and of Mehri and her daughter, but they are also shot through with overt irony. “One of the women, in traditional dress against a rich, very Persian backdrop, has an expensive-looking handbag with American dollars visible,” notes Rukaj.

None match the power of Forced Love, though, whose images are made disturbing not by their content alone but precisely because they are beautiful: ethereal, elegant, brilliantly lit and staged, epitomes of the way the human genius for destruction is matched by the human ability to craft beauty from the wreckage.