The illustrator behind Dante’s 'Inferno' 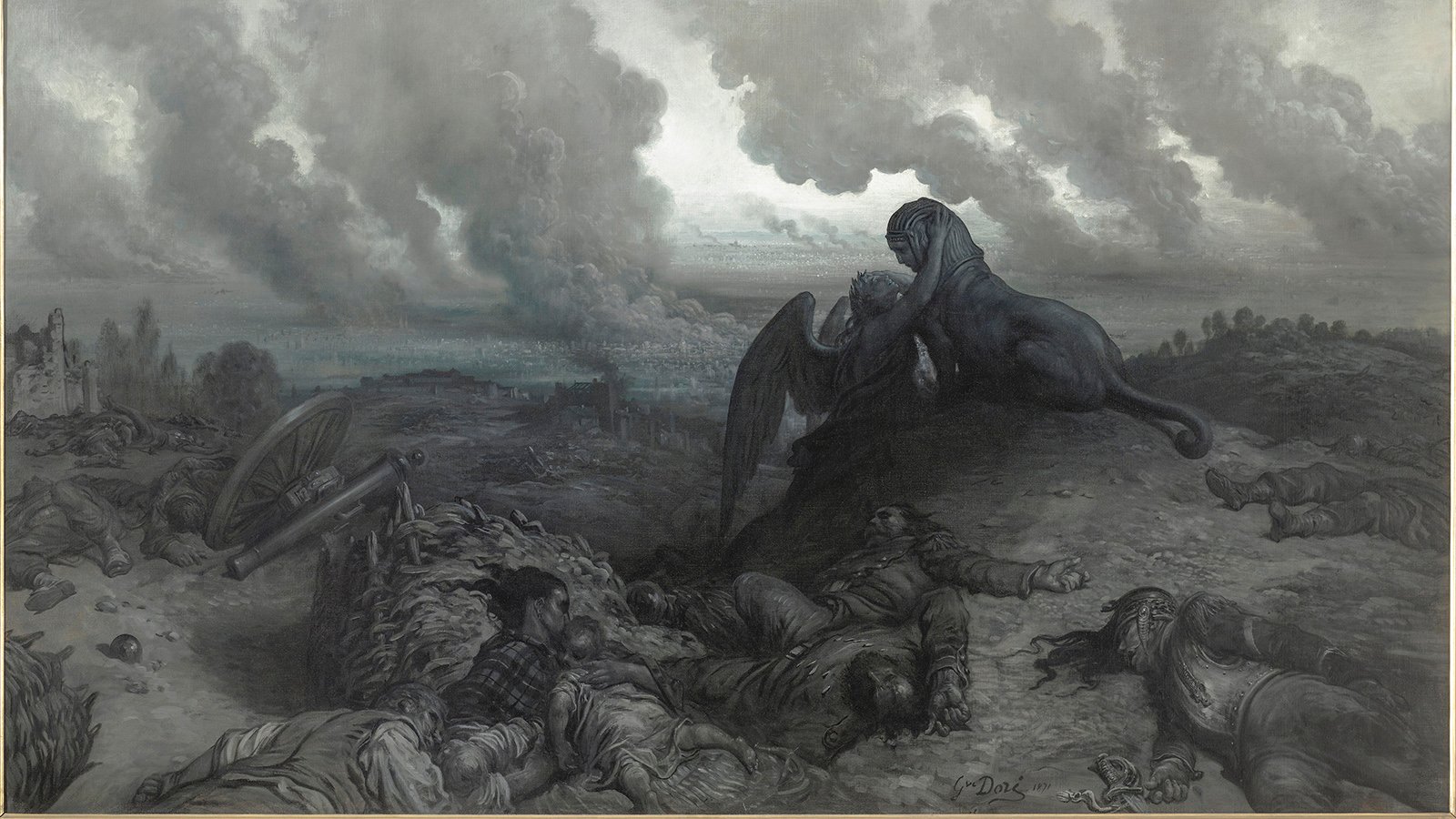 You may not have heard of Gustave Doré, but you’ve seen his art. The 19th century’s most famous illustrator was so influential that his compositions made it into the paintings of Picasso and Van Gogh and the films of Cecil B. DeMille, Orson Wells, Terry Gilliam and Roman Polanski. And then there’s David Beckham’s lower right torso, which shows off a tattoo of a sitting Christ lifted straight from the French artist’s engraving The Agony in the Garden.

Although a legend in his day, the Strasbourg-born colossus remains largely unknown in the 21st century, a fact that “can be blamed on art history,” says Paul Lang, the National Gallery of Canada’s deputy director and chief curator, who brought Gustave Doré: Master of Imagination to Ottawa, where it will be on show from June 13 through September (following its run at Paris’s Musée d’Orsay).

The first comprehensive retrospective of Doré, it presents the artist in a new light by focusing on his impressive, multifaceted career, which spanned painting, sculpture and more—not merely illustration, the genre that made him famous. Although Doré’s talents were diverse, his contemporaries in France “put him in a box,” says Lang, because he made his name with drawings, historically seen as a lesser genre than painting. It was a great sorrow for the artist, who depicted himself as an old man wearing a laurel wreath on which he wrote, “G. Doré . . . Too many illustrations, not enough glory.”

Self-taught and prodigious, by the time he was 15 Doré was signed to an exclusive contract at the celebrated Parisian publisher Charles Philipon’s Journal pour rire, where he worked as a caricaturist and became father to the modern comic strip. By his twenties, he was also famed as a literary engraver, creating images to illustrate the works of such greats as Rabelais and Balzac. He would go on to illustrate over 100 books, including the children’s classics Little Red Riding Hood, Puss in Boots and Sleeping Beauty.

Still, Doré was relatively unknown outside of France. That changed by the early 1860s when he self-financed a lavishly illustrated edition of Danté’s Inferno (no publisher would take on the expense), an immediate hit that solidiﬁed his status as master of the visually dramatic narrative and one that gave him an assuredness to take on humanity’s most-pondered volume: the Bible.

Doré reimagining of the Good Book, complete with sublime settings and characters inspired by the Louvre’s Egyptian and Babylonian collections, offered a new vision of ancient history. Although Émile Zola dismissed it as overwrought theatricality with “no resemblance to life as we know it,” the book went on to sell thousands of copies in 22 languages and quickly laid the foundation for generations of cinematographers and directors who followed Doré’s example when creating landscapes of the mind.

By 1867 the artist was internationally renowned. A major exhibition in London led to the opening of the city’s Doré Gallery, the creation of his masterpiece of social commentary, the folio London: A Pilgrimage (much celebrated by van Gogh), and a series of enormous religious canvases. By the final decade of his life (he died at 51), his practice had expanded to include sculpture, landscape and the exalted genre of history painting, including the show’s masterpiece of apocalyptic horror, The Enigma, which he used to document the loss of his native Alsace in the Franco-Prussian War.

The exhibition presents the artist as the figure he became: a master who could move deftly from one medium to the other. Organized by the themes that haunted him—the role of the artist, human suffering, redemption, nature’s anthropomorphic power—it makes clear that Doré defied the categories of 19th-century art including impressionism, symbolism and naturalism. The show’s finale, 27 film clips of cinema inspired by the artist, drives home the extent of his avant-garde vision. “Ultimately he reminds us that we do not yet have a complex enough understanding of the period,” says Lang. Thanks to Gustave Doré: Master of Imagination this should no longer be the case.