It's official—with four Grammy wins, Sam Smith's the next big thing. He spoke to Maclean's about his feminism and being a gay man in the music industry 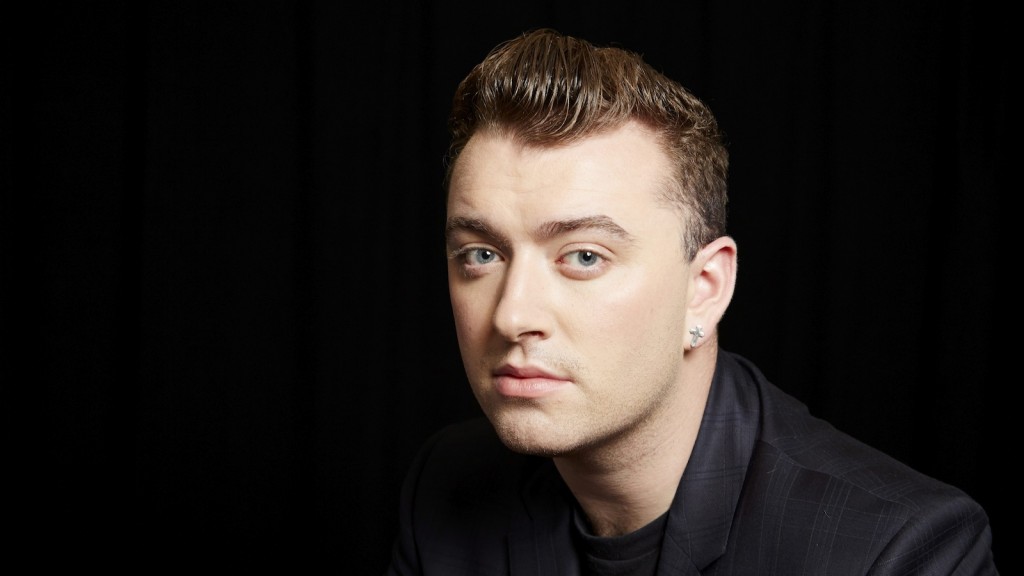 One unfailing law of pop music is that there must always be a line, somewhere, that separates the men from the boys. At the tender age of 21, Sam Smith decided that when it was time to release his debut disc, In The Lonely Hour, he wanted to be associated with the polish and sophistication of the former and not the gloss and Bieber-esque platitudes of the latter. Smith’s mature M.O. has since helped made him a multi-platinum selling artist and seen him accrue six Grammy award nominations. (Update: he won four.) In his first interview of the year with a Canadian publication, Smith opens up on his Adele-like rise to success.

Q: Do you see yourself as a dark horse in the Grammys race or a sure shot?

A: Neither. I’ve got six nominations, which is incredible but it will be truly understandable if Beyoncé goes away with everything.

Q: If you win at least one Grammy, do you think that will help boost your confidence?

A: Yes, it will make me so proud. But I’ll always be unconfident. I think that’s a good thing because my insecurity is what I write about. I hope it doesn’t make me too big headed—that won’t be good for business. You never know what will happen, though. It would be incredible if I could just get one.

Q: You are known for your vocal calisthenics. What would you say has been the most difficult note you’ve tried to master?

A: Well right now I do a cover of My Funny Valentine on stage and there is a really long note at the end of it that I take on. I just started a new diet that helps me sing better, which is helping a lot. No dairy. I make sure I steam my throat and go to bed [early]—it’s all very important stuff. I warm up my voice every day and have to exercise it.

Q: Since your songs are so personal, did you feel you had your own version of coming out at work when dealing with new collaborators?

A: Oh God, no. They assumed I was gay as soon as I walked into the room! When I was talking about the person I was in love with, I was very clear that it was a guy. No one had an issue with that at all. I just spoke about my relationship just like anyone else would.

Q: Erykah Badu has said that it is important artists speak directly to and for the people they represent. But on Ellen, you said you don’t want to be a gay spokesperson.

A: I totally agree with Badu. This is something I was very aware of when writing my record. Although I refused to say the word “he” in choruses—because I wanted it to be relatable to everyone with different sexualities—I still made sure that this was an album effectively about love for a man from a man. So yes, I am speaking to my people.

Q: The New York Times called your track Not In That Way the most self-lacerating song you’ve made. Do you think that is accurate?

A: I’m going to disagree. When I wrote that song, it was a happy moment for me. I thought, “Finally I wrote something that literally explains every single unrequited feeling I’ve ever had in my life.” That lyric—“I’d never ask you / Cause deep down I’m certain / I know what you’d say / You’d say I’m sorry / Believe me I love you / But not in that way”—is something I’d say all the time to my friends about guys I met who were not interested in me. The chance to put that into music was a joyous moment for me and it gave a whole new depth to [the album] In the Lonely Hour.

Q: Have you written any love songs that are gender-specific? If so, will you record them?

A: Yes. I’m getting really excited about my new record. With this [first] record I only dealt with loneliness but the next album, the [themes] will be broader.

Q: Do you feel transgender vocalists such Antony Hegarty have helped to break new ground in terms of representing different types of pop singers?

A: I feel that with gay artists, the music tends to always be uptempo and happy. He makes music that makes you want to bawl and provokes such huge emotion inside. I fancy his voice so much. I’d love to meet him; doing a duet with him is something I’d one million per cent would love to do.

Q: The Advocate published an op-ed which stated that young gay men do not connect with female vocalists the way they did in the ’70s, ’80s and ’90s, and called our time “the diva apocalypse.” Is there any truth to this?

A: I couldn’t disagree anymore. It is a liberating genre of music. Strong voices that are appealing should be appealing to all. People need songs to belt out in the shower. Even if everyone else doesn’t need that, I need that. There is power in their songs, there is a transfer of confidence there.

Q: For many gay men, artists like Chaka Khan and Whitney Houston were surrogate mothers. They offered dating, sex, life and career advice for clubgoers. Was that true for you?

A: Of course! As a young teenage man struggling with my sexuality or loads of [pressures] in school, they helped. Being a gay kid is pretty s–t sometimes. When I would hear Chaka Khan or Whitney Houston, that would give me the power I needed to get through the day.

Q: Elton John is manic when it comes to looking at the charts to see if he is on them. Are you?

A: I haven’t looked at them for a while but I am aware that my album is doing well. When I start writing, I’ll probably look at it every now and then. I don’t want to make music that is hot now; I want to make music that is hot forever. I had tea with Elton the other day at his house and his interest in the charts stems [from something] deeper than wanting to be current. He’s so interested in new talent and wants to support that. He’s one of the few people I’ve met that has given me advice that actually helped.

Q: So I’m assuming the new album will be filled with collaborators?

A: I don’t think I’ll have anyone on my next record. I want to save duets and collaborations for outside of the album. With the albums, I like it just being me. I also want to write with the same people. I’d love to work with Gaga, Chaka Khan and Ryan Tedder. 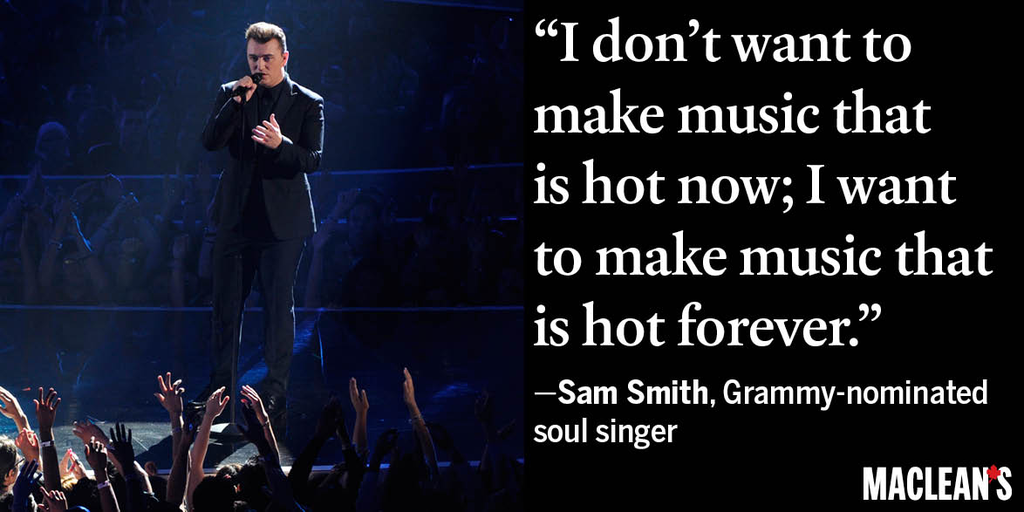 Q: What was the most valuable advice Elton gave you?

A: The main thing he said to me was: concentrate on your live shows, as performing on stage is so important. He also said that if I’m ever feeling down, I should forgive myself, it’s human. We’ve been in contact a lot.

Q: Your appreciation of Beyoncé knows no bounds. I wonder what you think of people like Annie Lennox calling her work “feminist lite”?

A: I personally think Beyoncé’s a strong feminist. What she’s done in music and for women is unprecedented. I love her. She definitely makes me feel like more of a woman.

Q: Boy George once told me that it is hard for an openly gay man to truly be himself in the pop arena because, he said, “You can be seen as camp, but you can’t be sexual because it scares people.” Thoughts?

A: I don’t know yet. Boy George has been famous a lot longer than me. He’s seen a lot more. I’m still figuring that out for myself.

Q: Many of the women in your life were the breadwinners. This fact has turned you into a feminist. Why?

A: I am a feminist because I grew up in a really untraditional way. My mom worked in the city [of London] and my dad stayed at home. That alone made me see things in a different way. I saw my mother struggle. She was one of the only females in her line of work. [Smith’s mother, Kate Cassidy, is a former broker.] It was hard and difficult for her.

Q: Why do you think feminism is important for men to embrace as well?

A: It’s still difficult and I have massive respect for women. You see so many women working in higher positions but it isn’t where it should be in terms of equal rights. I also have two little sisters so that helps me [embrace it].

Q: So much of today’s music is about aesthetics. How do keep your sound and vision from not having any kind of disconnect?

A: I want to bring class into mainstream pop. I want that timelessness back. It just makes sense when you sing soul. When Frank Sinatra was 20 years old, he was in a suit. So I want to be in one too.

Q: Many gay men are fraught with body issues at such a young age. Does being in the limelight amplify the problem?

A: One hundred per cent. I’ve always had issues with my weight. When I’m going swimming and someone prints a photo of me with my top off, I get sick in my mouth. I’m very proud that I don’t look like a pop star. I don’t want to. 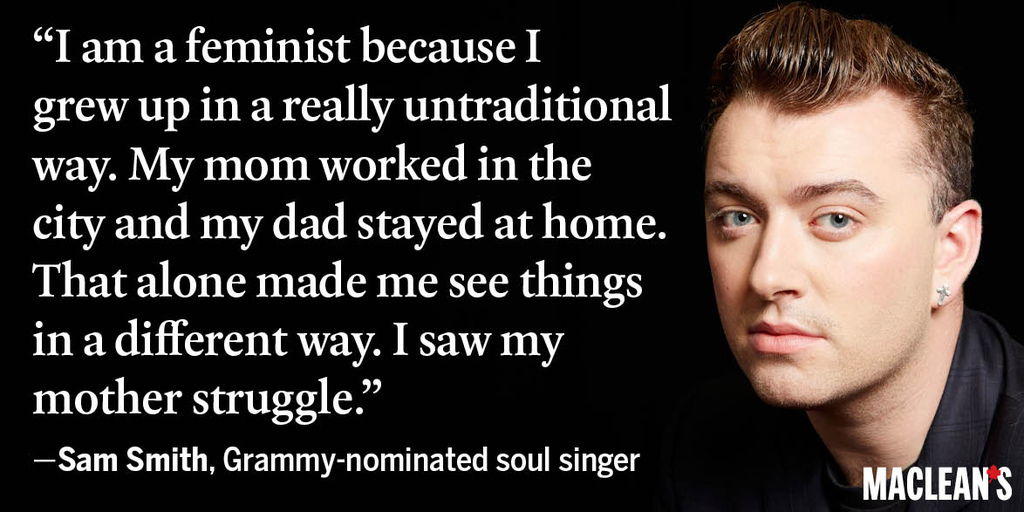 Q: So does the word role model frighten you?

A: Massively. At first I was scared but now I’m actually starting to grow into it a little bit more. It makes me want to keep all my clothes on and stay in my suits. Do you know that there are little girls that are 13 years old coming to my concerts? It’s amazing that a 22-year-old gay man standing on stage in a black-and-white suit, singing about unrequited love, inspires them. But at the same time, we all need our [Nicki Minaj] Anaconda videos. They are great and they remind me that it’s all about balance.

Q: What do you do to protect yourself from things that you don’t want written about you?

A: I try and say the right things in interviews, which sometimes I fail at. I also don’t take any naked pictures.The only thing that bothers me with the press is that they called [model Jonathan Zeizel] my boyfriend when he wasn’t. He is now, but we are still in the early stages.