Buffy Sainte-Marie on her new album and tour, being blacklisted, ‘squaws’ on the runway, and the Taylor Swift effect 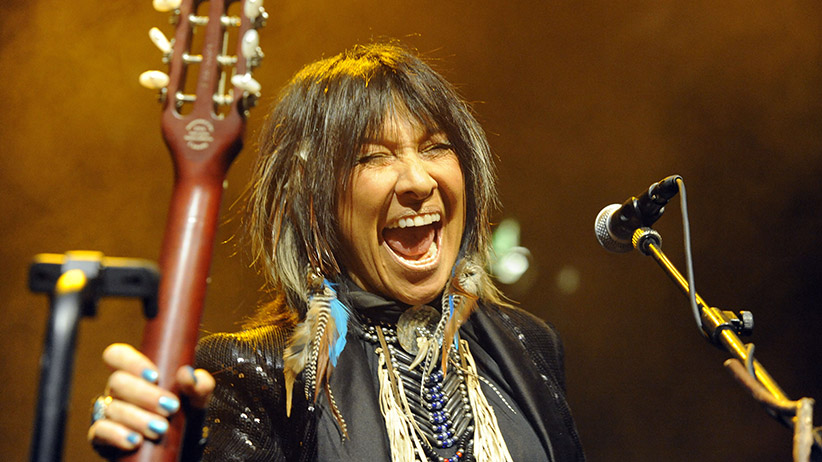 For some, Buffy Sainte-Marie is synonmous with the success of songs such as Up Where We Belong (which won an Oscar in 1983) and Until It’s Time For You To Go (covered by Cher, Elvis Presley and Barbra Streisand). But the 74-year-old singer-songwriter can also look back on a 40-year career as advocate and digital pioneer. Her early adoption of electronic music sealed her reputation as an innovator. And her work as an outspoken ambassador for indigenous people has fixed her legacy as an instigator of change. She talked to Maclean’s about her new album, Power In The Blood, Native people as the canary in the coal mine, and cultural misappropriation.

Q: You once said that you couldn’t talk about electronic music to people as a folk singer in 1966. Why?

Q: Did you feel validated for using digital practices for music before so many others?

A: It wasn’t until many years later that [1969’s synth-heavy] Illuminations was named “one of the albums that set the world on fire” [by The Wire magazine]. I was 30 years ahead with a lot of ideas. At a certain point, I realized that I was too early with some songs. Other times, I was right on time.

Q: The Internet is often cited as one of the greatest protest tools we have. Do you agree?

A: I think so. The present generation is similar to the way we were in the ’60s. Students ruled then. The gates opened and we escaped. Now people have the Internet. The ability to find like-minded people went to sleep for a long time but now I think it is back.

Q: That’s certainly the message behind your cover of UB40’s Sing Our Own Song.

A: Indigenous people throughout the world [are] speaking out and making small changes that the big headline folks aren’t aware of—until a little bit later. The input of Idle No More has been a lightning rod for people who were already thinking this way. We are reaching clarities on bigger issues like fracking and GMOs and climate change. Aboriginal people in—just name any country—are right on the edge of it. We are the ones that get fracked and we are the first ones who see it.

Q: Writing about these issues isn’t new for you. Does it frustrate you that it has taken so long for people to catch up?

A: It doesn’t do you any good to burn out—whether it’s activism or art. That was a lesson I learned real early. I was a girl on the road with a guitar and a suitcase. I wasn’t Peter, Paul and Mary with [manager] Albert Grossman, partying away in Hollywood. I would show up to a hotel, do my show, take the cheque and leave. I’ve had a different kind of career on the periphery of show business. I’ve never been on any kind of corporate timetable whereby every six months I have to pop out a record like a pulping mill. I’ve called my own shots. When I get tired, I take time off.

Q: How does that work with relationships?

A: Not very well. I learned a long time ago you don’t bring your boyfriend on the road. No way. It is too hard. Currently we are wiping the continents with me as the sponge. This last trip I had a 27-hour flight to Australia to Hong Kong to London. When I get to my hotel room, I need my space. My hotel room is my little cave; I just crawl in there. Alone.

Q: Joni Mitchell recently said that there is no difference between the leadership in Canada and the U.S. Do you agree?

A: I agree with Joni—we have terrible leadership in Canada right now. On the other hand, I wouldn’t say that Canada is as bad as the U.S. In the U.S., Aboriginal people don’t have the clout, the seriousness, the leadership or the partners outside our communities that Canada does. We are not where we need to be but Canada is still ahead.

Q: You once said that you and Eartha Kitt were blacklisted in the ’60s because you spoke out against the Vietnam War. What did that do to your career?

A: When I would come back to do concerts in the U.S., there’d be a whole audience who were wondering where my records went. I figured the record company was screwing up. An artist doesn’t think they are being blacklisted! It never occurred to me that I was important enough to have some politician go out of his way to silence me. I only found out about it in the ’80s by accident—a broadcaster announced they received letters of commendation from the White House for having suppressed my music. My career was so highly impacted in the U.S. it will never recover.

Q: What was affected the most?

A: Big-time magazine covers, late-night television. [But] when my career slowed down, it gave me time to do things outside of the U.S.

Q: You also found out the FBI had a file on you.

A: There was nothing there. Buffy Sainte-Marie has never broken the law. I did not smoke pot on the White House lawn, I don’t get traffic tickets and I’m not a criminal. It was ridiculous—they had letters from people in the file asking the FBI if they had a file on me. Also: everything was blacked out. It was very petty, very high school and very nasty.

Q: It would be so easy to be filled with rage after experiencing so much backlash.

A: I’m always sniffing out the joy wherever I can find it. I just began to see show business for what it is. I went all the way around the globe so I get to meet indigenous people who are having the same problems. But I hear more and more good news. Progress is too slow but any day I look backwards, I realize we’ve come so far. 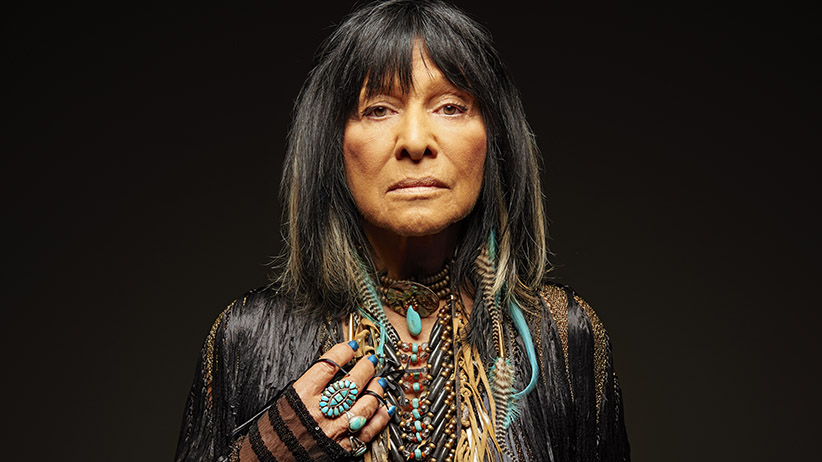 Q: Do you approach songs like Uranium War as a reporter?

A: It is interesting as a songwriter to function as a journalist. The art of a three-minute song is kind of what you do. You are trying to make the boring facts of reality engaging. [Uraninum War is about when] Annie Mae [Aquash, the Mi’kmaq activist] and I were in Wisconsin [in 1975] when the [local Roman Catholic] monastery was supposed to be returned to Menominee people. Some were resisting—there were vigilantes all over town. The National Guard had to come and Marlon Brando showed up.

Q: You are currently rewriting the lyrics to your 1966 songMy Country Tis of Thy People Are Dying. Why?

A: For contemporary Canada! The Truth and Reconciliation protest event is about to be announced this summer. It is a hard thing to look forward to but it has to be done.

Q: A Canadian fashion duo named DSquared2 just did a collection labelled DSquaw. Many are up in arms about how the motifs are misappropriated from First Nations cultures.

A: This fashion loop of appropriating Native regalia happens every couple of years. First you had Soldier Blue [the 1970 film for which Sainte-Marie wrote the title song], then you throw feathers on a model. Cher got on a horse and pretended to be an Indian for awhile with a mini-skirt and Vegas headdress. Fashion people don’t know what they are doing. It’s just money to them. But it does hurt Aboriginal people. There are various interpretations of what the word “squaw” means. It may be a distortion of the Cree word iskwew—which means woman. But to people of those times it was slang for c–t, so we don’t use it.

Q: Were you ever asked to be in a fashion campaign?

A: Ages ago, somebody in the big European fur industry wanted me to pretend Indian people are profiting from the European fur industry. Meanwhile, trappers in the North can’t even afford a ratskin coat let alone a full-length mink! They didn’t understand why I wouldn’t be the face of their label.

Q: Many people don’t understand what is historically inaccurate on the runway or what can be considered misappropriation.

A: I love fashion but I know a lot about the contemporary lives of indigenous people and how much we treasure our beautiful things. For them to show up as Halloween costumes hurts. Cher missed an opportunity to get to know real Native people who would have embraced her.

Q: Did being named an officer of the Order of Canada open any doors?

A: It didn’t. It might if you are a business type who gets your people “on it” the next day, but I’m not like that. Everyone was in floor-length dresses and tuxes and kilts and here I am looking like Leonard Cohen.

Q: You toured this year with Morrissey. You both have written about climate change and a barrage of social injustices.

A: We didn’t have any conversations. Morrissey just stays in his dressing room. He tends to cocoon. The sound and the vegetarian catering was amazing, though.

Q: Your love songs are general enough so listeners cannot guess who or what relationships you are singing about. Is that deliberate?

A: Do you mean the Taylor Swift effect? I don’t usually sing songs about relationships until they are resolved in real life. I have songs from the ’60s and ’70s that I haven’t recorded. I learned that it doesn’t make sense. If you have the medicine for a disease that has not yet hit your community, you are foolish to take the cap off that medicine and shake it around before the disease has arrived. If you hold a song back until you think it can do some good and is positive—it’s a smarter thing to do.