Macdonald has found a new outlet on Twitter, where his earnest, long-form stories entertain and move his 450K followers 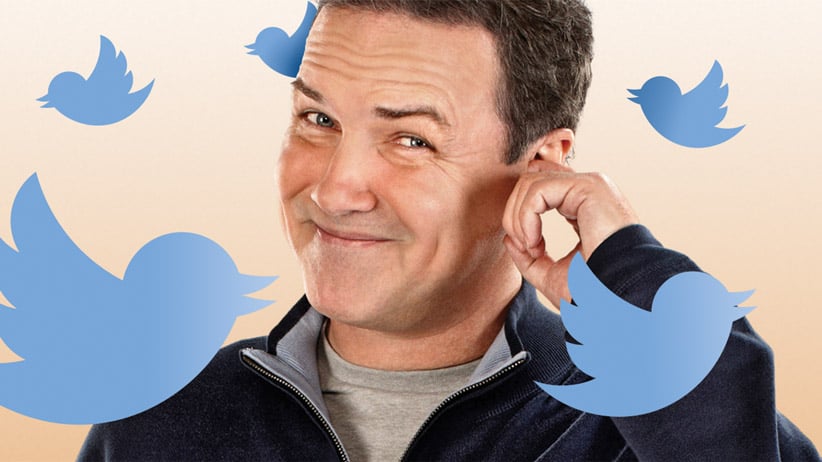 Norm Macdonald has found a new life on Twitter, where his earnest, long-form stories entertain and move his many followers. In his latest, at the bottom of this post, he writes about his work on Saturday Night Live‘s 40th-anniversary show.

Norm Macdonald has never had a hit TV show. The Norm Show, a comedy about a disgraced hockey star, lasted a few years in the early 2000s. His sitcom A Minute with Stan Hooper was cancelled after one season in 2003. Comedy Central cancelled the Sports Show with Norm Macdonald in 2011 after only nine episodes. Recently, however, the Quebec-born stand-up legend has found a new outlet away from the stage and TV cameras: on Twitter.

After the death of the famous No. 4 for the Montreal Canadians—Jean Béliveau—and with the legendary No. 9, Gordie Howe, still very ill, Macdonald used a series of tweets to pay tribute to both. “4 is gone. 9 hangs on. // Ice is beautiful but hard. // Remember the Colisée de Quebec? //Remember the pee-wee tourney every year? // Remember the Ramparts? // Remember Lafleur? // When you skate there is no earth, there is ice, ice your feet never touch. // When you skate, you soar above the world and do not touch it. // I need to find a rink, now, and skate, and forget. 4 is gone and 9 hangs on.”

While Twitter’s 140-character limit is perfect for short, comical musings, Macdonald opts for earnest, long-form stories. They are beautiful—poetic, even. He’s not trying to be funny, and it may be his best work yet.

“Everybody thinks of him as this very acrid personality that they saw on Saturday Night Live, but he’s got this other side to him that comes out in certain places,” says Yuk Yuk’s co-founder Mark Breslin, who gave the comic his first paid gig in stand-up.

Macdonald hasn’t lived in Canada for years, but tweets at length about his homeland to his 450,000-plus followers. After Stompin’ Tom Connors’s death, Macdonald tweeted the story about the boy from Timmins, Ont., who was a nickel short for a beer at the Maple Leaf Hotel. He wrote about calling an old friend in Moncton during the recent shooting in New Brunswick, and about a graphic tale he once heard about Vimy Ridge, and about the October Crisis—the latter came in at a whopping 80-plus tweets.

“When he was a kid, in Grade 1 or 2, he’d go into his room and he made up these stories—Icelandic sagas, really—that just went on and on and on,” says his brother, the TV journalist Neil Macdonald. “He would handwrite them out—25, 30, 35 pages—that had nothing to do with school. He was kind of famous in our house for doing them.”

Macdonald seemed poised for superstardom—he rose to fame in the ’90s as anchor on SNL’s fake news segment, “Weekend Update,” then, after being fired, starred in the cult-classic comedy Dirty Work, and even returned to SNL as a guest host. Yet he never reached the same heights as other SNL alumni.

Despite now being an “old chunk of coal,” as he playfully referred to himself on Conan O’Brien’s show, Macdonald’s fan support is young, steadfast and media-savvy. When CBS’s Late Late Show was searching for a new host, his fans lobbied for him as the replacement with the Twitter hashtag #latelatenormnorm. (The position was filled by James Corden.) After Jian Ghomeshi’s fall left CBC Radio’s Q without a host, Macdonald wrote in a tweet (since deleted), “I love the show @CBCRadioQ and would love to be its host.” His fans created a movement with the hashtag #Norm4Q.

They’re unlikely to succeed. True, the video podcast he hosts, Norm Macdonald Live, with long interviews with guests such as Adam Sandler and Russell Brand, gets more than 300,000 views. But “part of the way these shows are able to exist is people do ads for them. That’s been a real challenge with Norm,” says Daniel Kellison, the podcast’s executive producer, referring to Macdonald’s advertising bit for a grilling set. “Right after the most disgusting off-colour story from Nick Swardson, [Norm] basically went into the live-read: ‘Hey, what about the ManGrate?’ ” The advertiser didn’t share his sense of humour. “We had to pay them back,” Kellison says.

But the fact that you never know what Macdonald will say next drives his popularity. His world remains an unscripted one—and, in an era where celebrities pay people to tweet for them, his fans wouldn’t have it any other way.