This week, our pop-culture podcast discusses darkness in comedy, the rise of the essay, and whether Lip Sync Battles are awful 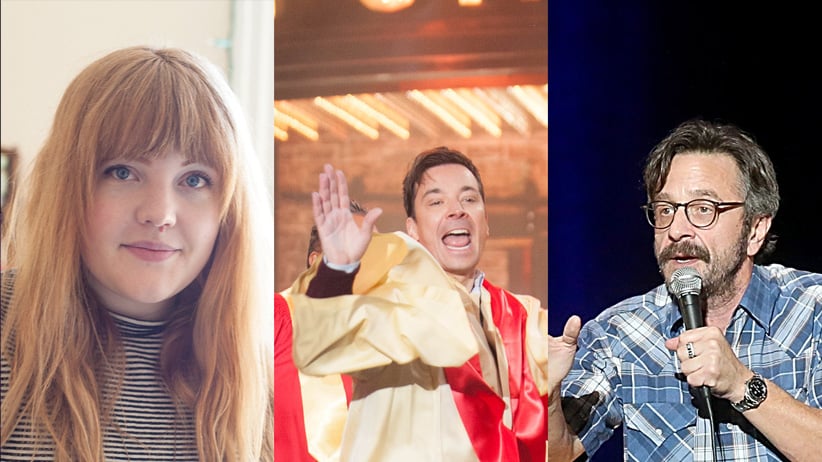 This week, our pop-culture podcast—Adrian Lee, Emma Teitel and Julia De Laurentiis Johnson—talks to the king of podcasts, Marc Maron, a stand-up comic and the host of the popular WTF, where he engages in raw, confessional interviews with celebrities. Then, we ask: In the midst of a big moment for the personal essay in literature, should young people be writing memoirs? Comedian and writer Monica Heisey, who wrote the hilarious advice book I Can’t Believe It’s Not Better, debates the value of young essayists and whether Millennials should be the ones sharing their personal experiences. Then we introduce a new semi-regular segment called The Kill, where one of us brings up a pop-culture totem that we hate—and we debate whether we’re right to dislike it. This week: Adrian lashes out at the new show on Spike, Lip-Sync Battles.

The third season of Marc Maron’s IFC show Maron premieres on May 14, and Canadians can check out his stand-up in Toronto on April 19, and in Vancouver on May 9. Monica Heisey’s book comes out April 28.