Why Drake's 'More Life' works as a 'playlist'

'More Life?' More like 'more plays.' Drake's latest project is a sonic joyride that works because of its platform: music streaming 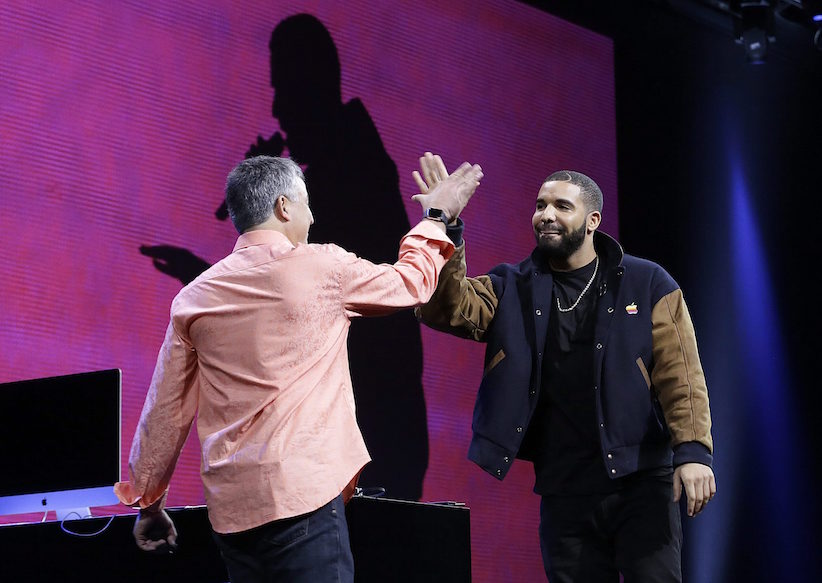 After various delays and numerous false starts, Drake is back—did he ever really leave?—with his streaming-services “playlist,” More Life. It’s not quite an album—it’s more casual than that—and it’s not quite a mixtape; it’s more slickly produced than your typical EP. So the fact that the Canadian rapper who charged up the hip-hop game and now towers over the genre from his CN Tower perch has urged us to refer to this project as a “playlist” just leaves us asking more questions.

One thing is for sure: More Life certainly means more music. And to that end, it’s a triumph, an 81-minute globetrotting tasting menu of his comfortable guises: trap Drake, grime Drake, house Drake, afrobeat Drake. It is full of gem-like pleasures, from the summer-succulent “Passionfruit” to the recorder-whistling flow-off on “Portland” to the lissome “Teenage Fever,” complete with a delicious sample of ex-girlfriend Jennifer Lopez.

But it’s also more than that. More Life allows Drake to use the specific framework provided by a still-emerging art-distribution platform in service to his art and his brand. No one quite knows how to harness music streaming-services for their artistic ends—but More Life shows Drake is willing to give it a shot.

Clocking in at 22 songs, More Life is part of an ongoing musical trend: The biggest and buzziest pop records these days are also, increasingly, literally the biggest. Ed Sheeran, The Weeknd, Zayn Malik, Kanye West and more have all put out recent albums that include 16 songs or more. The reason for this, it seems increasingly clear, is simple gamesmanship: as Billboard charts weigh traditional album sales less and streams more, more streams means higher chart positions. And when services pay musicians based on per-song plays, more songs also generally means more money. All this has made music into something of a numbers game—and that might be distressing for the music fans who believe that the best albums are as they used to be: sitting at around 10 concise songs, all-wheat, less-chaff.

It’s a reminder that Drake just released his divisive fourth album, Views, in April—a high-stakes project, given that it was his first as the clear king of rap, and one criticized for being overlong and over-serious. His devotion to album craftwork is well-known—he and his coterie are very careful, talented sequencers of songs, and his earlier work might best be described as “music to overthink your love life to”—but Views, for all its successes, certainly sounded like something worked over into near sterility. The fact that it was somewhat sonically hemmed in by its concept—Caribana-inspired jams and spare, empty-tundra beats, reflecting summer and winter in Toronto—didn’t help, either.

So enter More Life, which does away with any lingering uncertainty about his status that came from Views. Putting out a “playlist” rather than an album frees Drake to be more casual with it while also trying to reject the idea that an overlong project is a necessarily bad one. (It may be no coincidence that More Life comes in at exactly the same runtime as Views.) It’s a message that’s afforded by streaming-services, taking advantage of the ability to send out a pile of songs all out at once in a thump; the sheer number of songs lets Drake range around and, in a way that an album might not allow, affirms his reputation as a sonic chameleon. And to call it a “playlist” links it in the name with music-streaming’s primary canvas—a curated sampler set, rather than the artistic statement of an album. Indeed, it’s a looser Drake that makes More Life work: it’s jauntier, more experimental, more free-wheeling, and, frankly, better than Views. “It was kinda getting tough to go, ‘Hey, I’m dropping a mixtape, but it’s for sale on iTunes,’ ” he said in a Beats Radio interview with DJ Semtex. “I didn’t really want people to say, ‘Oh, this is [his] next album.’ ” More Life isn’t a hyped concept album, intentionally—it’s a pile of new songs. That’s far harder to criticize.

Art, after all, has always been influenced by the technology of its time and the way it is distributed. A pop song is generally three minutes long because that was what would fit on 10-inch records in the 1900s. The reason an album generally lasts around 10 songs is that 33-rpm 12-inch records generally hold 22 minutes a side. But these are new rules. And much as Netflix’s ability to put out entire original series at once to be binged by viewers has changed TV storytelling—allowing showrunners to be more lackadaisical in their hook points, confident that audiences will be there when the credits force a new episode in 30 seconds—streaming services offer musicians the ability to play with their canvases. A playlist can give an artist a way to make money in music’s numbers game; a playlist can give an artist more freedom to romp (see: the exciting sonic moves in “Get It Together” and “Madiba Riddim”, or Giggs’s comically rapped-out Batman anthem to close out “KMT”); a playlist can give insight to an artist; it can even offer artists plausible deniability, since if the playlists are pre-labelled as non-album work, the songs can be explained away as separate from a musician or band’s canon.

This isn’t some kind of bold new innovation on Drake’s part, of course; mixtapes have long served as amuse-bouches between “proper” albums, perhaps no more visibly than for Drake’s own mentor, Lil Wayne. But here, the Six God has harnessed the framework of music streaming to send a message about his career, and could well allow him to update his Take Care-era boast that he “got rich off a mixtape”; he might be the first to put a mere playlist on the charts. Either way, More Life does serve to highlight the new rule in the new normal for music listening. More.