Why the 2007 Super Bowl was an act of peak Prince

He was two decades removed from the height of his powers, but the 2007 Super Bowl halftime show may have been Prince at his Prince-iest 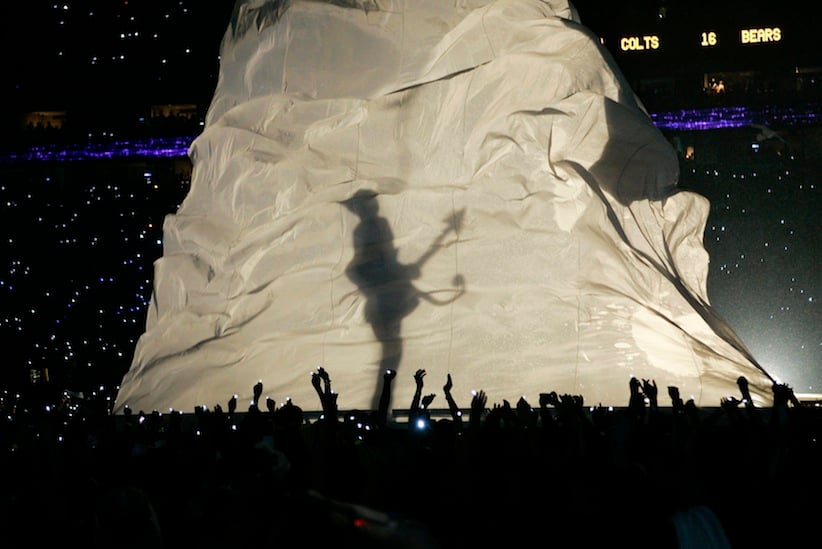 Prince is shown in silhouette as he performs during the halftime show at the Super Bowl XLI football game at Dolphin Stadium in Miami on Sunday, Feb. 4, 2007. Prince’s acclaimed performance included a guitar solo during the “Purple Rain” segment of his medley in which his shadow was projected onto a large, flowing beige sheet. As the 48-year-old rock star let rip, the silhouette cast by his figure and his guitar (shaped like the singer’s symbol) had phallic connotations for some. (AP Photo/Alex Brandon)

For years, the Super Bowl halftime show has regularly punched below its weight class in its actual musical impact. Sure, it’s an incredible cultural touchstone—watched by hundreds of thousands and beamed into the houses of millions more, arguably the year’s central performance of the state of American popular culture—but the performances themselves have, historically, been rather wanting. There are often meanings and cants, and there are memes and crotch slides, but the show itself often collapses under the weight of its own self-importance.

Not in 2007, though. That’s the year Prince—who died today at the unfair age of 57—unleashed the halftime show by which all others will be judged.

Click here to watch a part of the show—at least the portion the NFL will allow you to see.

It was a perfect song list, a mix of classic Prince (“Purple Rain,” “Let’s Go Crazy”) and rollicking covers (Creedence Clearwater Revival’s “Proud Mary,” Bob Dylan’s “All Along the Watchtower,” the Foo Fighters’ “The Best Of You”)—a signal of the latter-day Prince who, despite his prolific personal catalogue, evolved into a fantastic cover musician, finding and revelling in the epic, funky rollicking crannies of other musician’s songs.

And Prince wouldn’t allow a torrential downpour, which had spent the last two hours drenching a muddy football game that had gotten bogged down after a first-play touchdown, to diminish his performance. Instead, he leaned into it. Bruce Rodgers, a production designer that night, remembers the artist being nonplussed about the rain: “Prince said, ‘Can you make it rain harder?’ ”

He was a whirling dervish in the middle of the whipping winds, giving the effect of witnessing King Lear howling into the storm, except it was unclear who was the force of nature. Slippery tile be-damned, Prince and his dancers strutted across every inch of that stage like it was his home. “I’ve got another confession my friend,” he sang, flicking the cockiest, most coquettish look imaginable as the last strains of “The Best Of You” played. “I ain’t no fool.”

And then that closing number: a pathetic-fallacy-infused performance of “Purple Rain,” with Prince at its centre, urging his flock to sing along like a gospel choir. It was electric.

But the show wasn’t merely musically mammoth—it also happened to be peak Prince. It came decades after his artistic peak—the truly incredible five-album string of solid-gold hits between 1979’s Prince and 1984’s Purple Rain—and in the years before, he’d released greatest hits albums and won lifetime achievement awards. But the show firmly established that he wasn’t ready to be relegated to the legacy-act bin. This was an opportunity to remind people just who he was.

And so there was the Prince-est possible move in the middle of that glorious “Purple Rain”: launching into a crunchy, soaring guitar solo as a giant beige sheet blossomed in front of him, leaving just Prince’s shadow to look like it was manipulating a giant penis. It’s hard to know if Prince knew what the effect would be—it is pleasing to think that he did—and it’s not as if people like Hendrix or Van Halen didn’t ever play the guitar like it was a phallic extension. But this was classic Prince: just three years after the outrage over the Janet Jackson-exposing “wardrobe malfunction” seen around the world and the conservative aversion to controversy that followed, Prince took the NFL’s insinuation that he was over-the-hill and unapologetically went all-in.

The act even gave rise to one of the all-time great complaints to the Federal Communications Commission—wherein a parent claimed that the performance turned their child gay, thus precluding them from their dream of being a quarterback. 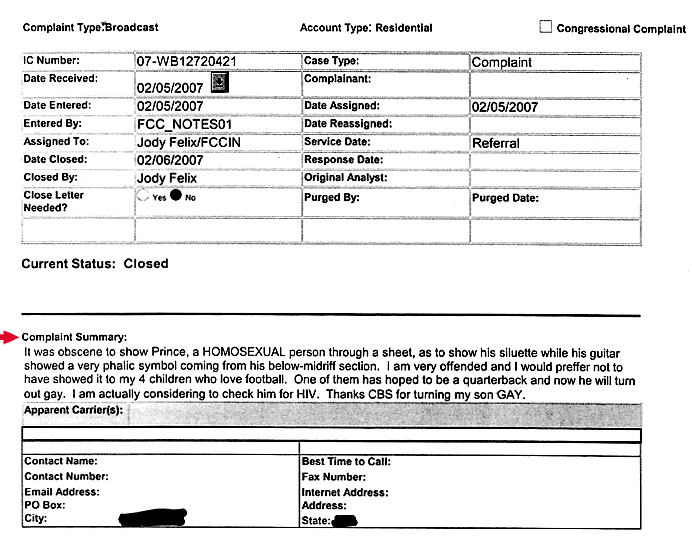 Prince was, inexplicably, often an artist that his fans had to defend—as if his otherworldly talent didn’t speak for itself. For too many people, it was impossible to square his seductive, effete sexuality and his louche lyrics with the fact that he was a guitar god, a shredder with few true peers—and a creative genius who influenced so many, in rock, funk, hip-hop, and beyond. There was a time where the fact that he sat naked on a white horse and wore his libido on his low-cut painted-on pants was enough to discomfit and distract from his musical ability.

But on this night in 2007, where he wailed into a storm and hundreds of thousands wailed back, even a giant pseudo-penis’s shadow on a sheet couldn’t deny Prince’s sheer talent. In 2007, the world’s largest stage looked downright cozy to Prince. All the stages in between did, too. He will be missed.