Will Butler's baptism by Arcade Fire 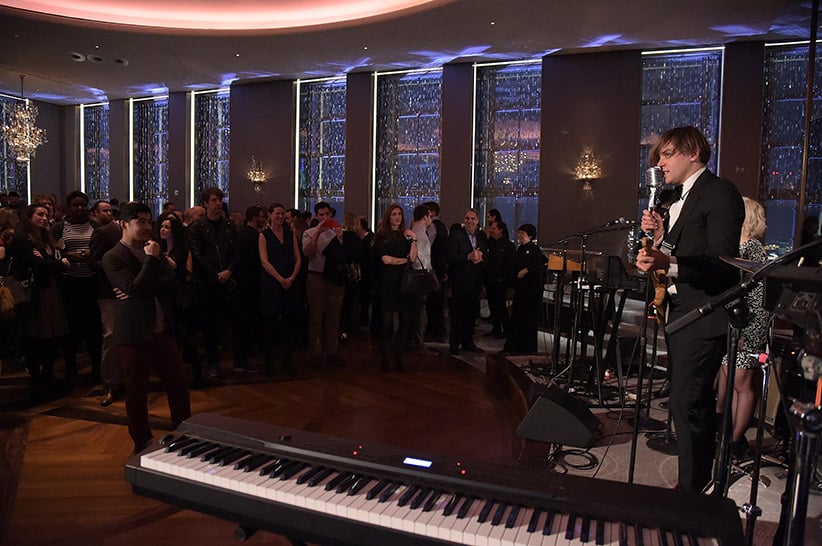 The members of Arcade Fire are, each one, very funny people. Not that you’d necessarily know that, considering the po-faced demeanour that has dominated their image ever since they named their 2004 debut Funeral. This might be the band that has appeared on Saturday Night Live more than any other Canadian musical act, and enlisted A-list comedians to cameo in a short film to help launch 2013’s Reflektor. But this is also a band that takes its music very seriously, so it might come as a surprise to hear that Policy, the first solo album by Will Butler—younger brother of Arcade Fire co-founder Win Butler—features three-chord rock songs with seemingly spontaneous lyrics (“If I could fly / I would beat the s–t out of some birds”).

Spontaneity: not a strong point for Arcade Fire. Every new album “takes about a year,” says Butler, the Texas native who, this summer, will mark 10 years in his adopted hometown of Montreal. “Not a year of constant work, but a year from the starting gun until it’s done. We’ll play a song in five different styles and layer a thousand things on top and then cut it back to 200 things—and throw another thousand things in there and cut it all back to 16, and then Richard [Reed Parry] will do a weirdo thing. We’re all in the studio thinking about it and yelling about it.”

Contrast that with Butler’s most recent musical project: To promote the release of Policy, out on March 10, he wrote and recorded a song a day for a week for the British newspaper the Guardian, based on a story from that day’s edition. Subjects include the discovery of a black hole 12 times the size of the sun, a water shortage in Sao Paulo, and the repatriation of an anti-apartheid activist’s remains. The five songs are, by design, quick knock-offs. (They can all be streamed from the Guardian’s website.) Yet they’re almost as good and fully realized—and, cumulatively, almost as long—as the 28-minute, eight-song Policy, which features piano ballads, deceptively simple rock songs, and a slinky synth jam with Winnipeg artist Marcel Dzama.

Policy is not the first Arcade Fire solo project. Richard Reed Parry released his ﬁrst orchestral album last summer, Music for Heart and Breath; he also collaborates with his partner, Laurel Sprengelmeyer, in the ethereal pop project Little Scream (the new album is due this summer) and is recording his own songs this spring, as Quiet River, with the National’s Aaron Dessner. In 2013, Sarah Neufeld put out an acclaimed album of solo violin performances, Hero Brother. She also just announced a joint album with her partner (and occasional Arcade Fire sideman) Colin Stetson, Never Were the Way She Was, out April 28. Since 2002, Neufeld and Parry have led Bell Orchestre, a haunting, evocative instrumental band with three stunning albums to their name; they reassembled last month for a festival in Copenhagen after a five-year hiatus. Will Butler’s only prior solo output was his work with Owen Pallett on the ambient score for the 2013 film Her, nominated for an Academy Award.

None of this remotely resembles the bombast and spectacle of Arcade Fire. But if anyone was going to up the energy level of the collective output, it would be the younger Butler. He was the visual focal point in Arcade Fire’s early shows, when he could be seen wrapping his bandmates in duct tape, leaping off stage into a moat in Sweden, and even setting aflame the hair of his sister-in-law and bandmate, Régine Chassagne. His role as attention magnet led some early critics to consider Arcade Fire a gimmicky flash in the pan.

Butler says of his behaviour back then, “That wasn’t me imposing an aesthetic on Arcade Fire. It only happened because it felt appropriate. There were shows in 2002, where Régine would only play accordion on three songs, but otherwise would be wearing a headband and peeking out from behind a curtain and making jokes. I thought, ‘Okay, I guess that’s what you do.’ Definitely, Win has become more of a front man, because that’s how the world is, but to have a band that has seven front men is a powerful thing. That was the joy in those original small concerts: watching everyone look around the room the whole time, not focusing on one thing. ‘What’s going over there? What’s he playing now?’ There’s something awesome about that.” As the musical tentacles of Arcade Fire continue to explore, there’s more to look at than ever before.