Best of Netflix Canada in July 2019: The three things you should watch this month

What should you watch from the long list of TV shows and movies arriving or departing from Netflix Canada in July 2019? Our critic makes his picks (plus a bonus for HBO Canada watchers) 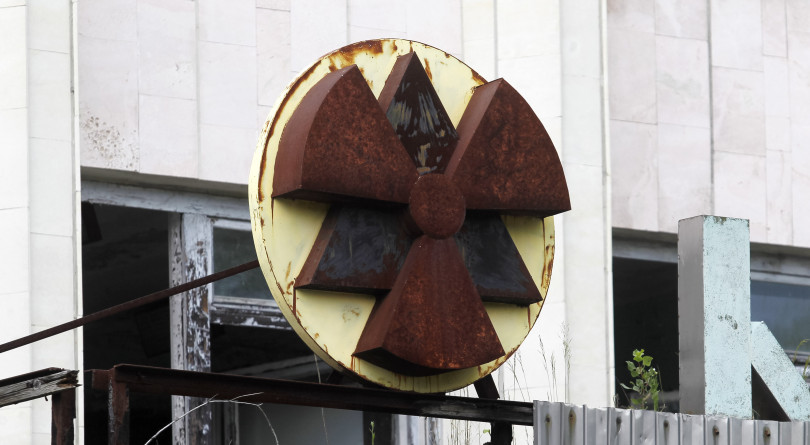 A view of the abandoned city of Pripyat, near the Chernobyl nuclear power plant, Ukraine, on June 7, 2019. (Photo by STR/NurPhoto via Getty Images)

“There were a lot of reminders [of my Vietnam experience]. All the way up until they went under the [Do Lung] bridge and got up into Marlon Brando country where Apocalypse Now became a little psychedelic, it rang pretty true,” Vietnam Veterans Against the War leader John Kerry told me. Francis Ford Coppola’s 1979 take on the Vietnam War is his most resonant film, ahead of such major works as The Godfather and The Conversation. Inspired by Joseph Conrad’s immortal novella Heart of Darkness, Apocalypse Now charts a classified river journey from South Vietnam up to Cambodia. Captain Benjamin L. Willard (Martin Sheen) is sent to assassinate Colonel Kurtz (Marlon Brando), an inspired American military leader who now opposes the war.  “Because there’s a conflict in every human heart, between the rational and irrational, between good and evil,” says General Corman (Harrison Ford), assigning Willard his mission. Willard and his boatmates, most vividly a very young Laurence Fishburne as gunner Tyrone, have a variety of unforgettable encounters. Lieutenant Colonel Bill Kilgore (Robert Duvall), a violent psychopath and surfing enthusiast, loves the smell of napalm in the morning (“It’s the smell of victory … Some day this war will end”). Vittoro Storaro’s cinematography is awesome: sequences such as Kilgore’s helicopter attack on Vietnamese villagers, scored to Wagner’s ‘Ride of the Valkyries’, are majestic on screens of all sizes. Carmine Coppola’s soundtrack, with original compositions and tracks like The Doors’ ‘The End’, is atmospheric and forceful. Willard’s incisive narration is penned by Dispatches’ Michael Herr. Sheen and Brando spearhead uniformly excellent performances. Everything that could go wrong did go wrong during Apocalypse Now’s making. Yet a masterpiece, one of my 30 all-time favourite films, resulted.  Apocalypse Now is streaming on Netflix now.

Jackie Brown is Quentin Tarantino’s most elusive and moral and feminist film. It is also his best: a delightful entertainment, with a wonderful cast on song. The luminous Pam Grier plays Jackie Brown, our titular heroine, who is a grossly underpaid flight attendant. To survive, she gets involved in criminality, smuggling cash from Mexico for Samuel L Jackson’s brutal gun-runner Ordell Robbie.  Robert De Niro is Ordell’s dim sidekick Louis, Chris Tucker is unfortunate petty crim Beaumont, and Michael Keaton is federal agent Ray Nicolette. Robert Forster is at his very best as big-hearted bail bondsman Max Cherry; and there’s an understated, winsome romantic tension between Max and Jackie. Jackie Brown is adapted from an Elmore Leonard novel, but zings with Tarantino touches. There is, of course, endless quotable (and quoted) dialogue. As with most Tarantino films, the soundtrack is good, with the likes of Johnny Cash’s ‘Tennessee Stud’ and Bill Withers’s immortal ‘Who Is He?’ 154 minutes zip by, and not one of them is wasted. Jackie Brown is smart and stylish and beautifully cinematic. Jackie Brown comes to Netflix July 1.

One of my most memorable interviews is the late, menschy Tony Bourdain. As in dialogue, he brings a vivid enthusiasm and bracing candour to Parts Unknown: Seasons 1-8 (2013 to 2016).  Bourdain is deft at eliciting peoples’ best, whether local subjects or his great team of colleagues. That includes evocative cinematographers such as director of photography Zach Zamboni, in photogenic places such as 2’s Granada, the stomping grounds of Zamboni’s wife. On the extravagant decadent food front, 1’s Quebec sees Bourdain eat with Falstaffian Canadian chefs Dave McMillan and Fred Morin. Are there dictators and despots eating better than us? Bourdain asks. From lavish foie gras to spicy Pakistani fusion, this episode tantalizingly conveys the diverse cosmopolitan deliciousness that is contemporary Canadian cuisine. Bourdain often incorporates politics organically into his shows. Congo is a brilliant and haunting episode where Bourdain pays tribute to his formative faves, Apocalypse Now and Heart of Darkness, and riffs on the complexities of decolonization. In 2’s Jerusalem/Gaza/West Bank episode, Bourdain again has a nuanced take. As with 4’s Iran, Bourdain brings fairness, empathy and humanity on the Middle East to the American prime time. Bourdain also generously showcases “red-state” America’s strengths, such as 3’s Mississippi Delta and 8’s Houston. For another food porn feast, try 3’s Lyon, where Bourdain delights in eating, drinking and being merry with a band of French chefs, led by gustatory legends Daniel Boulod and Paul Bocuse.  Anthony Bourdain: Parts Unknown: Seasons 1-8 leaves Netflix on July 15.

“What is the cost of lies?” Russian nuclear physicist Valery Legasov (Jared Harris) asks, in Chernobyl’s engaging, melancholic opening. Chernobyl’s five hour-long episodes take a forensic, artful look at the terrible cost: drawing on the 1986 true story where a Ukrainian reactor went fubar. In nuclear reactor four’s control room, boss Anatoly Dyatlov deludes himself that it’s not serious. Chernobyl’s bunker bigwigs reinforce Dyatlov’s delusions. But Legasov stands up to Soviet leader Mikhail Gorbachev and his Politburo, and eventually forces them to take it seriously; and try and contain the apocalypse, which could metastasize across the Ukraine and Belarus. Legasov leads the containment efforts with Boris Shcherbina, a flinty senior Communist honcho. Stellan Skarsgaard is on form as the raspy-voiced Shcherbina. There’s a moving moment where the duo realize that they have exposed themselves to cancer-causing levels of radiation. Chernobyl is spookily shot and edited and scored. I’m not surprised writer-creator Craig Mazin (The Hangover) is behind this. And Johan Renck, Swedish director of music videos like David Bowie’s ‘Blackstar’, directs both suitably stylishly and austerely. The closing verité-photomontage is another strong directorial choice. Long may HBO continue to do what they do, and not dumb it down for bigger customer numbers. Chernobyl is streaming on HBO Canada now.