Best of Netflix Canada in July: The three things you should watch this month

What should you watch from the long list of TV shows and movies arriving or departing from Netflix Canada in July 2018? Our critics make their picks 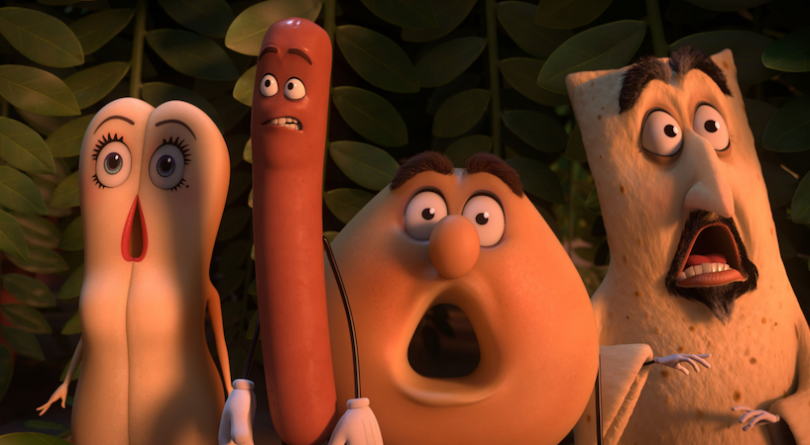 In the Three Flavours Cornetto trilogy—Edgar Wright’s trio of genre send-ups named after a favourite brand of ice cream—Hot Fuzz, the middle film released in 2007, is supposed to represent the vanilla flavour. But there’s certainly nothing vanilla about this sharp, warm and well-paced buddy-cop/action blow-’em-up pastiche about a self-serious elite police officer seconded from London to a safe, Podunk village in Gloucestershire that winds up holding a dark secret. And on top of its high-production thrills and conspiracy-edged parodying, it’s also about as lancing a look at the distinctive qualities of the U.K. small towns that largely endorsed Brexit—the low-stakes crises, the dark edges of quaint quietude, the ease by which resentments mount, the manicured toy-like qualities of people’s hard-won lives. Hot Fuzz arrives on Netflix on July 1.

The star-studded CGI romp has a dystopian premise: the food and beverages we buy from the grocery store are alive in the aisles, and spend their lives wrapped in a religion around us godlike consumers who whisk them away, only to learn too late that we in fact butcher and sear and feed on their bodies. Yet it feels like a familiar dream: otherworldly enough to jar and amuse, yet somehow understandable. But lest you think this is just an excuse for a bunch of stoners to make a movie full of grotesque sexual and racial innuendos and smilingly display candy-coloured gore—and to be clear, it is that, too—Sausage Party also happens to be a remarkable exercise in world-building that also serves to criticize the deceptions and failures of our religious institutions. Near the end, the first CGI movie to be rated R does begin to wear thin around the edges and overstay its clever premise’s welcome, but then it blasts past any moment of self-reflection or even mawkishness, leaning wholly into its premise and careers into full-blown derangement. There are few movies quite like this queasy, blistering brew, and you should check it out on July 23.

At its root, the story of the Scottish warrior William Wallace is an inspiring tale of someone who arrives at bad situations and yet refuses to back down. His home is ruthlessly invaded by a vicious ruler from a distant land; people who are close to him are taken away; the love of his life is wrongfully axed. Still, he’s somehow able to find inner strength and work, single-mindedly, to achieve his quest. Adjacently: given the absence of truly recommendable distractions that, after July, will no longer live on the ubiquitous streaming service that more than 5 million of us have handed our brains over to, and in the event that you’re somehow unable to find this Mel Gibson vehicle playing on basically any cable network at any hour of the day, check out Braveheart, so as to give me freedom from making a recommendation. It exits July 27.