Best of Netflix Canada in March: The three things you should watch this month

What should you watch from the long list of TV shows and movies arriving or departing from Netflix Canada in March 2019? Our critic makes his picks (plus a bonus for HBO Canada watchers) 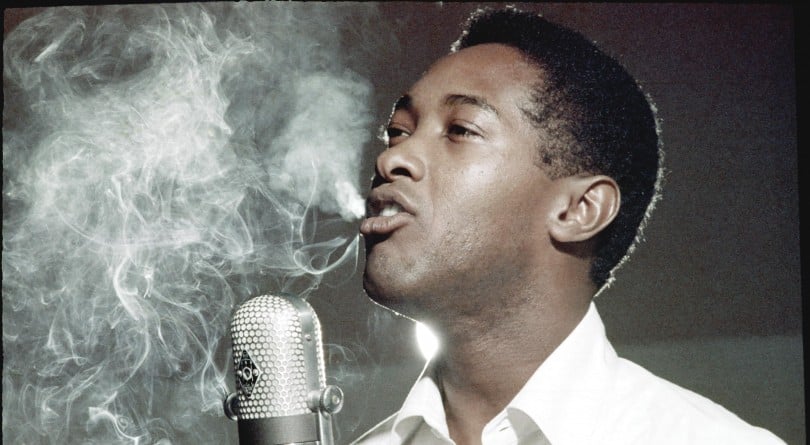 IN: Remastered: The Two Killings of Sam Cooke

Sam Cooke’s music is immortal. “A Change is Gonna Come” and “Loveable” are sublime, as good as it gets. His improbable and tragic shooting at just 33 in a squalid Los Angeles motel, after a white prostitute seemingly robbed him, has long saddened me. The Two Killings of Sam Cooke is an emotional and moving documentary about “a complicated black man in a complicated world.” What happened to the Mississippi-born son of a preacher? Who the hell could shoot Sam Cooke 30 times, and have a shoddy police investigation call it “justifiable?” If this had been a white star like the Beatles, Muhammad Ali lamented, the FBI would have conducted a thorough inquiry. Instead, a senior LA cop said, “Just another n—- shot dead in Watts. So what.” The Two Killings focuses on the conscious singer behind “Chain Gang”, with incisive talking heads including Jim Brown and Dionne Warwick. Vibrant footage of Cooke singing “You Send Me”, “Jesus Gave Me Water”,  “Blowing In the Wind” and “This Little Light of Mine” with Ali eulogizes him. Ten of thousands of people turned up to his funeral in Chicago. Remastered: The Two Killings of Sam Cooke is streaming now on Netflix.

IN: The Death of Stalin

The Death of Stalin‘s script is surprisingly patchy, given it was penned by caustic British satirist Armando Iannucci (In the Thick Of It). But for what the film conveys well—the nihilism of power for power’s sake; the perversity of totalitarianism—The Death of Stalin is worth watching. The cast is A-grade: Jeffrey Tambor as Georgy Malenkov, Steve Buscemi as Nikita Khrushchev, Michael Palin as Vyacheslav Molotov, and Rupert Friend as Vasily Stalin. Simon Russell Beale, known for his London theatre work, is terrifying as Lavrentiy Beria, the ruthless murderer who headed Stalin’s secret police. Jason Isaacs is a hoot as Field Marshall Georgy Zhukov, incensed by Stalin’s paranoid purges of the Red Army, commanding most of the scenes in which he appears. Similarly arresting is the opening sequence involving a freaked-out conductor, where Stalin’s love of classical music challenges the silly trope that fans of classical music are superior people. In an unfortunate irony given the end credits, Tambor was removed from The Death of Stalin‘s American advertising, due to an allegation of sexual harassment that saw the actor booted from Amazon’s Transparent.  The Death of Stalin comes to Netflix on March 22.

Like Bridesmaids, which also departs during March, Rose Byrne is a dynamic reason to re-watch Neighbors. She’s terrific in this fun comedy about an amiable couple adapting to mid-30s life with a baby and a house. Seth Rogen is reliably solid as her partner, an overweight schlub and office drone. Things get hectic when a frat, Delta Psi, moves in next door. Zac Efron is fine in roles like this as the frat’s head party boy, Teddy Sanders. I’m not convinced he should lend his charisma to the banality of awful like Ted Bundy. Byrne’s Kelly unfurls a cunning plan to get Teddy to fall out with his deputy. Bonus points for Hollywood letting Byrne employ her winning Aussie cadences for the first time. Coupled with her deft timing, this makes lines such as her challenge to Lisa Kudrow’s university administrator zing: Here’s a headline, how about “go f–k yourself.” Neighbors leaves Netflix on March 5.

Forget old-timey Green Book, True Detective: Season Three is where Mahershala Ali is at his best. The final three episodes of Season Three twist and turn grippingly through Nic Pizolatto’s  triple-time narrative. The complexities of race and power in the American South continue to make for some memorable exchanges. Potent themes include memory, mortality and regret; and gender and relationships. Carmen Ejogo walks in gorgeousness, working on her Truman Capote-esque book on the Purcell murders, while her relationship with Ali’s Wayne Hayes falls apart. “A lost child is a story that never ends,” she tells a reading, with characteristic poise. Ali and Stephen Dorff (Roland West) ace it as the investigating cops, fluent in crazy. Sure the detailed narrative is a bit messy, but the players pull it off. Arkansas’ smaller characters still impress. It’s all atmospheric and thoroughly well put together. T-Bone Burnett’s stellar musical selections finish with Jon Batiste’s appositely haunted “Saint James Infirmary Blues”. I preferred the mildly ambiguous ending to season one’s baroque. True Detective: Season Three is streaming now on HBO Canada.