Bill Cosby: It took a village 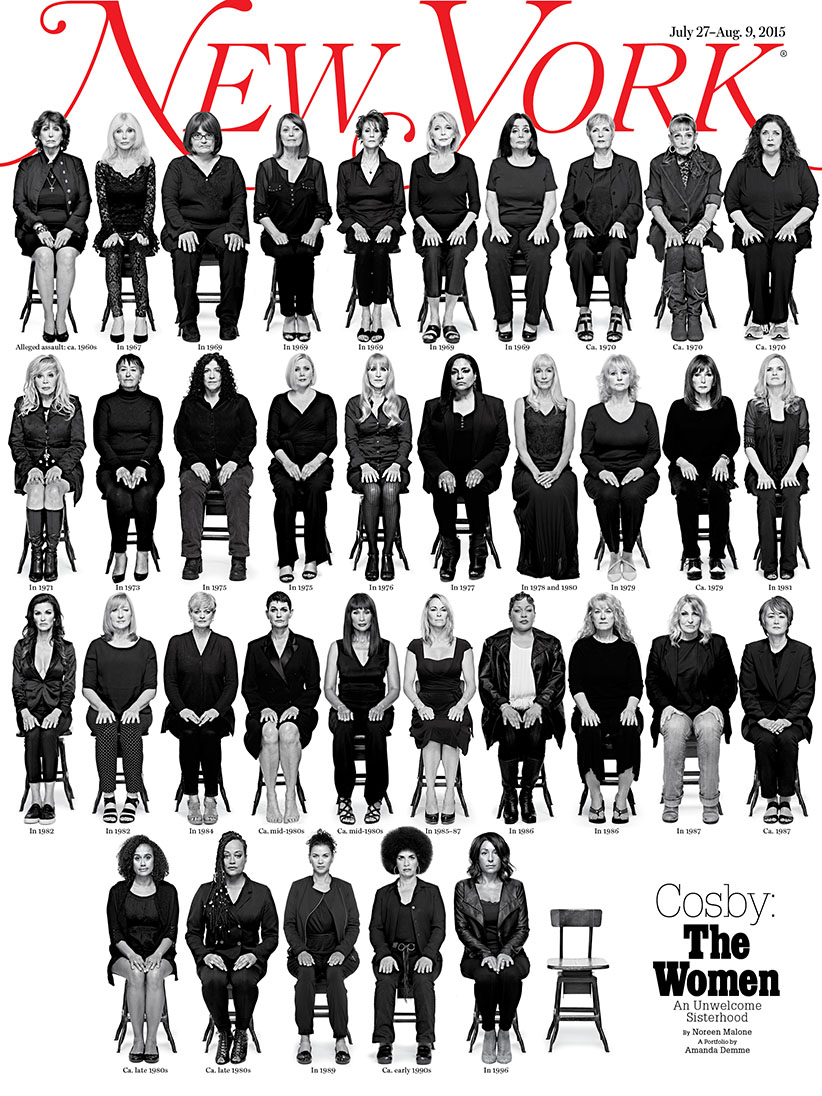 This week, 35 of 46 women who accused Bill Cosby of drugging and sexually assaulting them told their stories in text and video in  New York magazine’s bombshell cover story, “I’m no longer afraid.” Though Cosby has not been criminally charged, the collective wallop of the women’s testimonies proved as damning as any guilty verdict. The man known as “America’s dad” was quickly dubbed “America’s rapist” by New York Daily News. Author Noreen Malone writes optimistically that “more has changed in the past few years for women who allege rape than in all the decades since the women’s movement began.” Yet the story also exposes how accusations against the once-beloved comedian were ignored and deflected until the chorus—female and male—became too loud to ignore.

It still takes a village, it appears, for rape to be taken seriously. Accusations against the 77-year-old Cosby, who has denied all, date to 2005; within months, the 14 women who had came forward were met with skepticism, threats, and taunts that they were exploiting the rich celebrity. Tina Fey made caustic jokes, civil suits were launched and settled, yet the backlash didn’t occur until comedian Hannibal Buress called him out (“You rape women, Bill Cosby”) in a video that went viral in October 2014.

Now Cosby’s accusers, who range in age from 40s to 80s, have been photographed in stark black and white on New York’s cover, sitting in chairs lined up, a firing squad in reverse. The women’s accounts, gathered separately, reveal haunting patterns in Cosby’s behaviour, and pervasive attitudes toward sexual assault over decades. Many of the women, allegedly drugged with Quaaludes, say they were conscious for the attacks but too impaired to stop Cosby. Many believed he was a friend, a colleague, a mentor. Joan Tarshis, allegedly assaulted in 1969, didn’t even think she was raped: “Back then, rape was done in an alleyway with somebody holding a knife to your throat that you didn’t know.” Barbara Bowman reported feeling like a “prisoner” since the ’80s, knowing no one would believe her, as Cosby had warned her. Victoria Valentino said the fact that Buress’s video gained such traction spurred her to report. “You know, a woman can be not believed for 30 years. But it takes one man? To make a joke about it? . . . That f–king pissed me off so bad.”

Cosby has yet to comment. However, short of an abject apology, his voice is now irrelevant. Meanwhile, #TheEmptyChair, named for the chair on New York’s cover left vacant to symbolize the women who haven’t spoken out, began trending on Twitter. The chorus of 35 has already gotten a lot louder.